Community mourns after 4 bodies found in vacant home in Cleveland 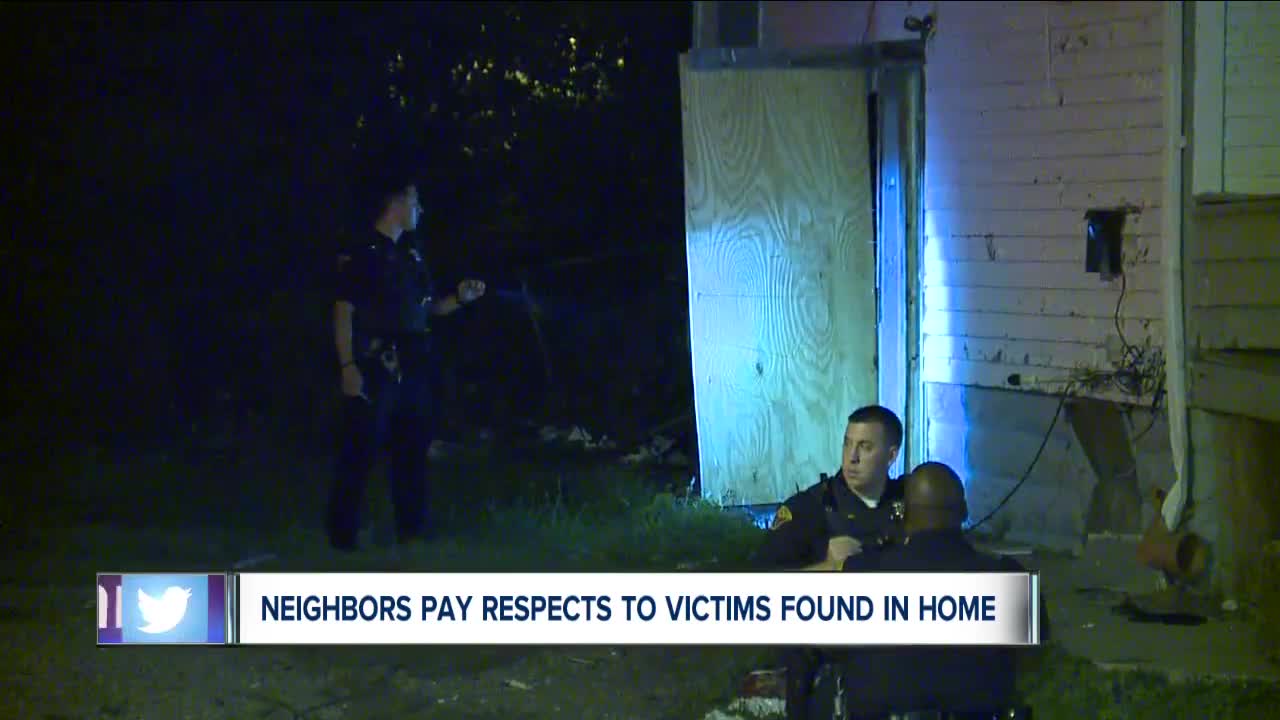 An East Side community is in mourning after four bodies were found in a vacant home on East 114th Street Saturday night. CLEVELAND — An East Side community is in mourning after four bodies were found in a vacant home on East 114th Street Saturday night.

A woman who did not want to be identified said her son was one of four people found inside the home. She added it has been more than two weeks since the last time she heard from her son.

Neighbors and nearby church members gathered at the crime scene Sunday to pay their respects.

Reverend Jimmy Gates of Missionary Baptist Church said he finds it suspicious that police were not called to the home before Saturday.

“The aroma is certainly in the atmosphere of death on this street,” Gates said, “And I just find it absolutely amazing that people could not smell this scent walking up and down this street.”

Gates and other grief counselors in the area will be offering their prayer services all week.

He said if people community members don’t seek some type of professional emotional help, he fears death and violence will continue on the East Side.

“Hurt people hurt people, and unresolved trauma leads to these sort of things that are happening in our community,” Gates said. “Trauma is real, and those of you that don’t realize and recognize it, it’s time to wake up.”

Andre Wood drove by the scene Sunday evening and said he grew up in the home where the bodies were found.

He said while his family hasn’t opened that property in years, he was heartbroken to hear about what occurred in his childhood home.

“My grandmother, grandfather, the Johnsons, the Woods - all of us grew up in the house. My mother and father,” Wood said. “I was hoping it wasn't this house, but when they said the 36-hundred block of 144th, I had to ride by and see, and when I seen the balloons I said, ‘Aww, man.’”

Cleveland Police have not yet released the names of the deceased found inside the home, but are investigating the deaths as “suspicious.”

Police confirm they found a gun at the scene, and neighbors said this vacant house has been used for drug activity in the past.

Anyone with information regarding these deaths is instructed to contact the Cleveland Police Department.

If you are in need of emotional assistance and would like to contact Reverend Gates and his “Healing Circle Care Teams,” you are asked to call 216-375-8110.