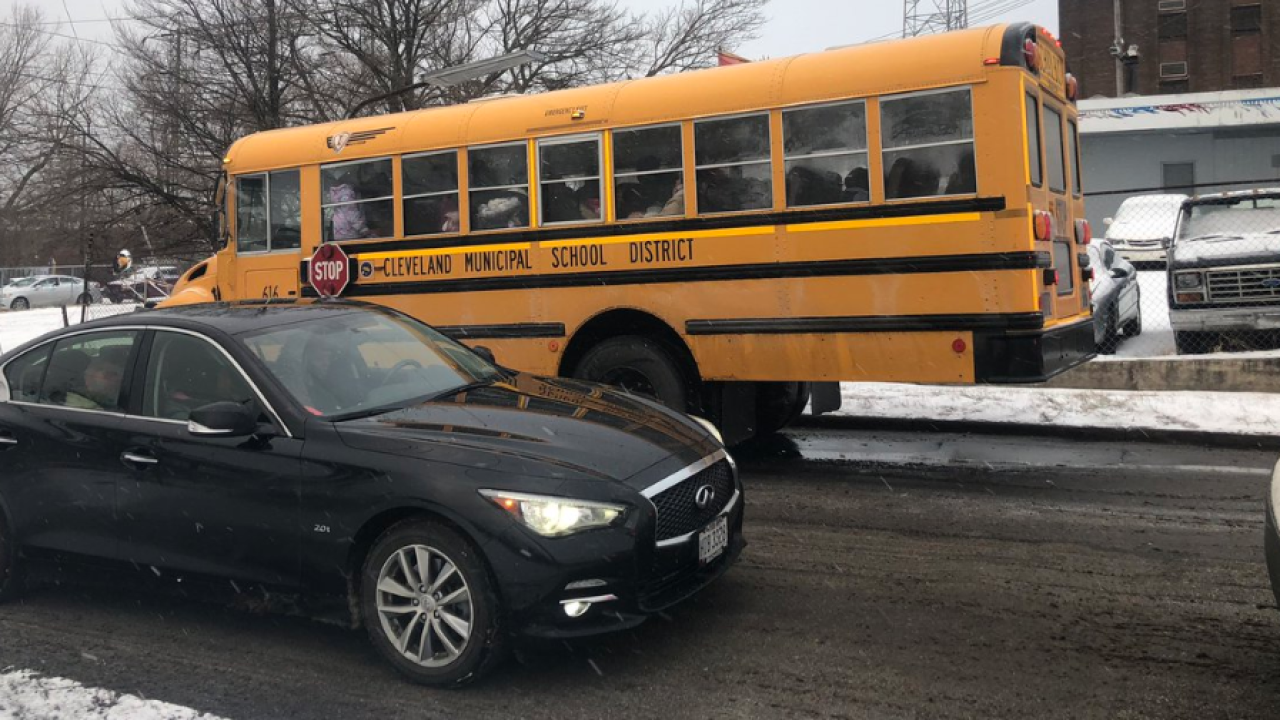 It happened off East 78th Street and Union shortly after 7 a.m.

Cleveland Municipal School bus in an accident near E.78th and Union. It looks like the children on the bus are ok. @WEWS pic.twitter.com/XxW1SU4CHQ

A parent who spoke to News 5 said the bus slid and hit a pole. The parent says she is happy that the bus driver kept the children composed and they are heading back to school.