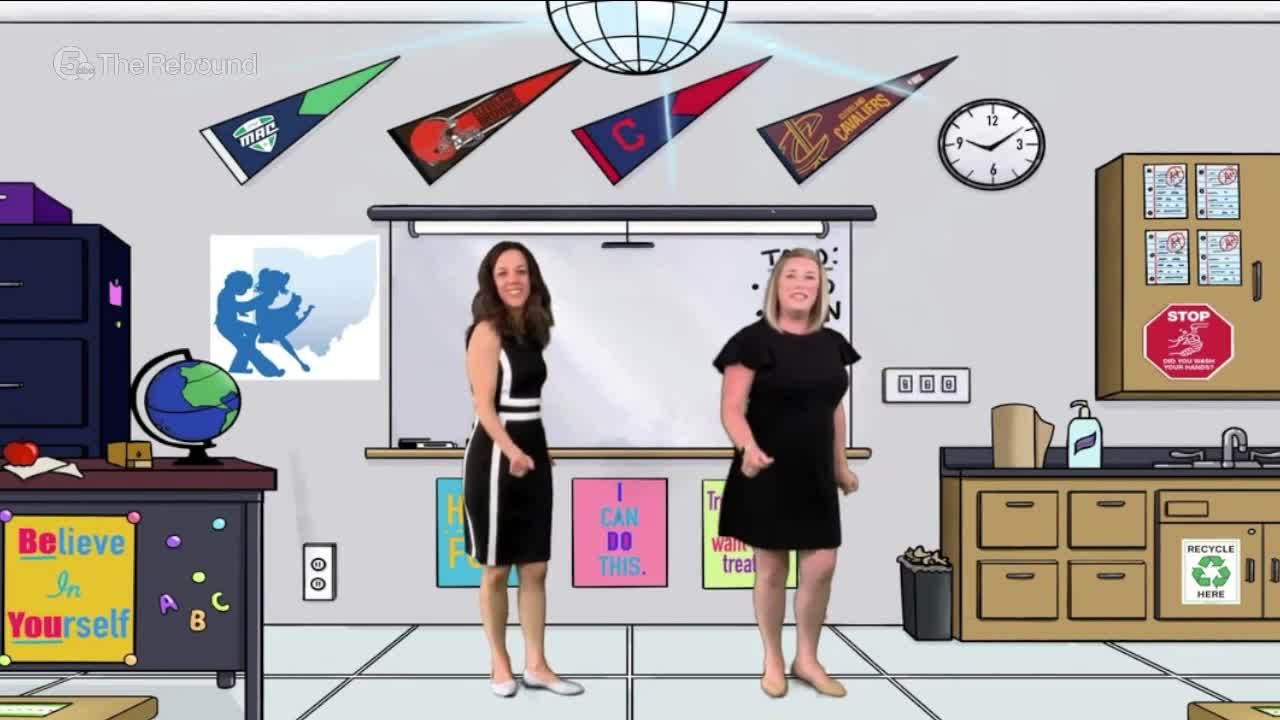 It's his saving grace.

"Sometimes my eyes hurt a little bit,” said the fourth-grader.

Especially now when he spends so much time remote learning.

"You have to memorize the steps and then when you’re done it’s like easier to concentrate."

It’s a method Angel’s teacher, Sharon Lenahan, uses every single day in her class at Almira Elementary School in Cleveland.

"When they get fatigued you can tell because they will find a couch, they’ll find a bed, they’ll find something comfortable, you’ll see their head kind of finding a pillow,” said Lenahan.

That’s when she knows it's time for a Break Dance. It’s a series of videos that allow the kids to follow along with instructors and learn dance moves.

"You really do see the students recharge after a little brain break, you really do,” she said. "Their energy and their motivation is back.”

Other Northeast Ohio teachers who think their students might need a brain break, breakdance can join in.

"As an organization who took great pride in having people physically connect in a respectful and meaningful way, it became very apparent to us that we were going to have to evolve how we accomplished our goals,” said Jojo Carcioppolo, the founding executive director of Dancing Classrooms Northeast Ohio.

Carcioppolo says Dancing Classrooms has had to significantly change the way it connects with students and teachers for now because of COVID, so they created breakdance.

And the company is doing all of this for free.

"All of the breaks are three minutes or less, and it just really gives the teachers the ability to put on a break and let students stand up, shake it out,” said Carcioppolo.

Students like Angel are dancing out their fatigue at home all across Northeast Ohio until they’re able to bust a move in person.

"It’s fun, then when we’re done I can concentrate better on the class,” said Angel.