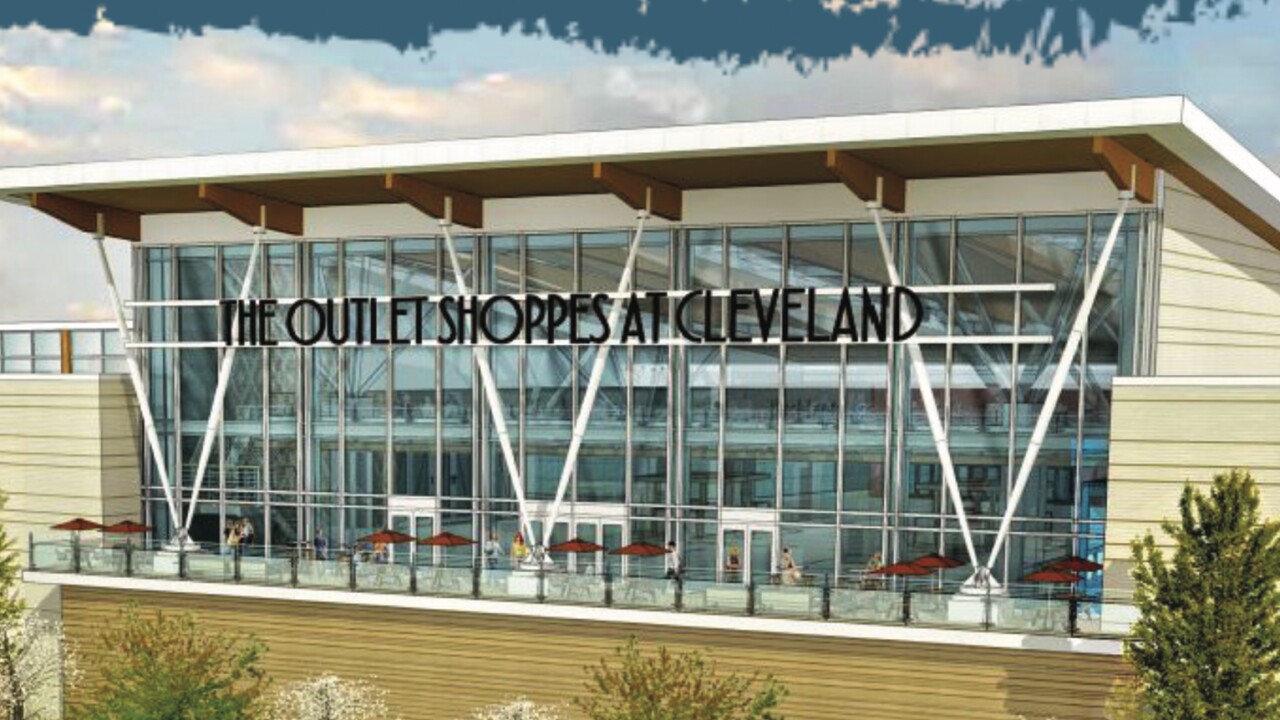 CLEVELAND — A new outlet mall developer is considering bringing a new shopping area to Cleveland at the site where the Cleveland Muni Lot currently sits.

According to the site plan from Horizon Group Properties, the endeavor would bring retail shopping, restaurants and entertainment to a 323,000-square-foot facility located at the I-90 and State Route 2 interchange.

The muni lot is located across from Burke Lakefront Airport and if the shopping center is built, it would allow visitors and residents alike to experience nearby attractions such as the Rock and Roll Hall of Fame, the Great Lakes Science Center and the U.S.S. Cod Submarine as well the rest of Downtown Cleveland.

For years the muni lot has been one of the most popular tailgating locations for fans to gather before Cleveland Browns home games.

The project, called the Outlet Shoppes at Cleveland is “designed to provide an exciting and attractive destination for shoppers that blends elements of the surrounding attractions and historic architecture with modern retail design. The dynamic views of Lake Erie and downtown Cleveland from the two-level structure and rooftop bar and recreation area will entice patrons to make frequent visits to the restaurant and entertainment venues,” according to the site plan.

According to Horizon Group Properties, the company works with dozens of retailers worldwide including Kate Spade, Polo Ralph Lauren, The North Face, Nike and many more.

If the plan moves forward, the project is estimated to open in Spring 2022.

Spaces at the proposed shopping center are listed as available to rent as early as January 2021.

More information on the proposed project can be found here.