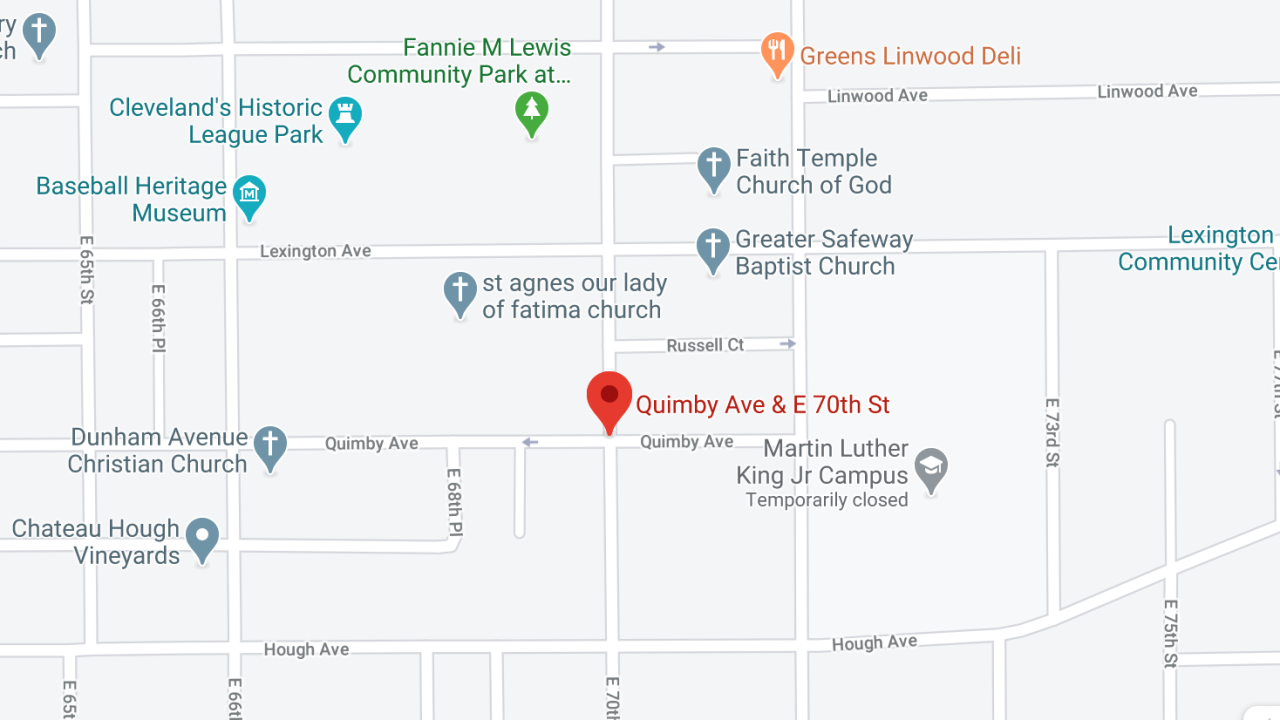 A 37-year-old man died Tuesday after being shot while driving a car in Cleveland on Monday. Image via Google Maps.

CLEVELAND — A 37-year-old man who crashed a car in Cleveland's Hough neighborhood Monday after being shot has died.

According to police, the crash happened around 5:25 p.m. near East 70th Street and Quimby Avenue.

Officers responding to the scene said that the man, who was in the driver's seat, sustained a gunshot wound to the head. A 28-year-old woman was found in the passenger seat.

Cleveland EMS arrived and transported the man to University Hospitals for treatment. He died the next day, authorities said. His identity has not been released.

The woman told officers at the scene that they were driving past a field when another man fired shots at the car, and she returned fire. The car subsequently crashed.

The woman, who has not been named, was charged with carrying a concealed weapon and discharging a firearm over a roadway, police said.