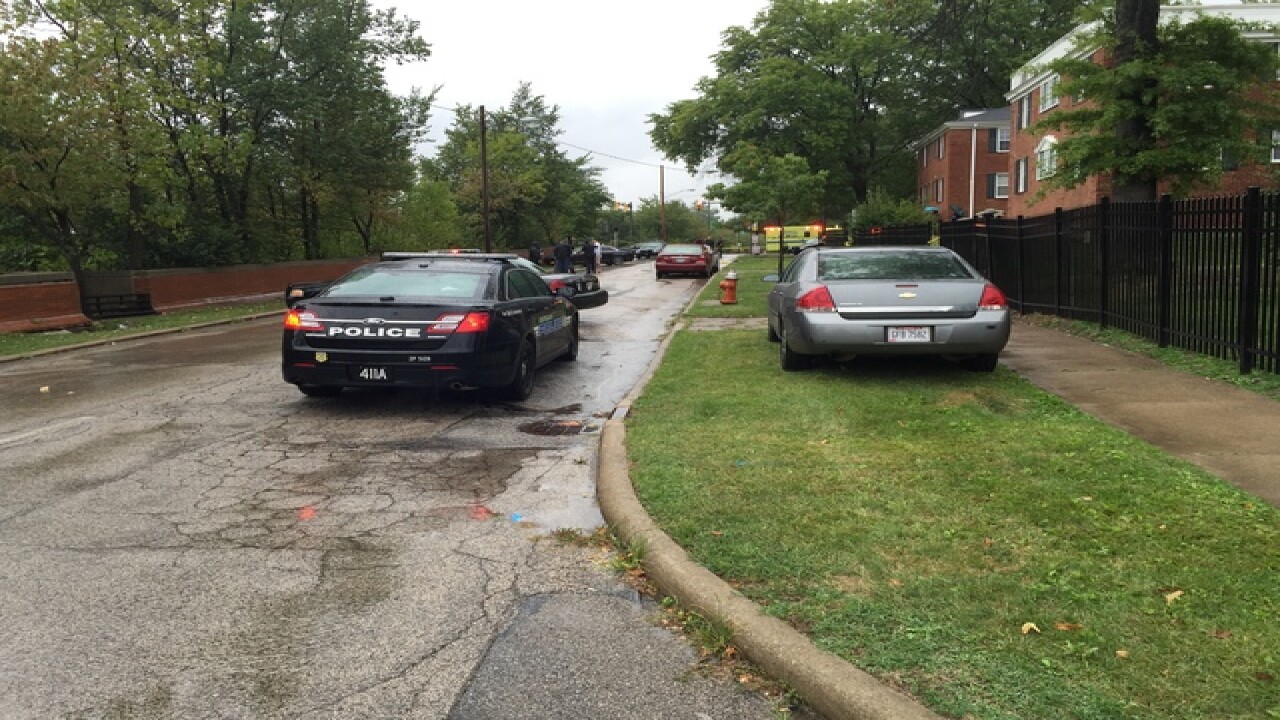 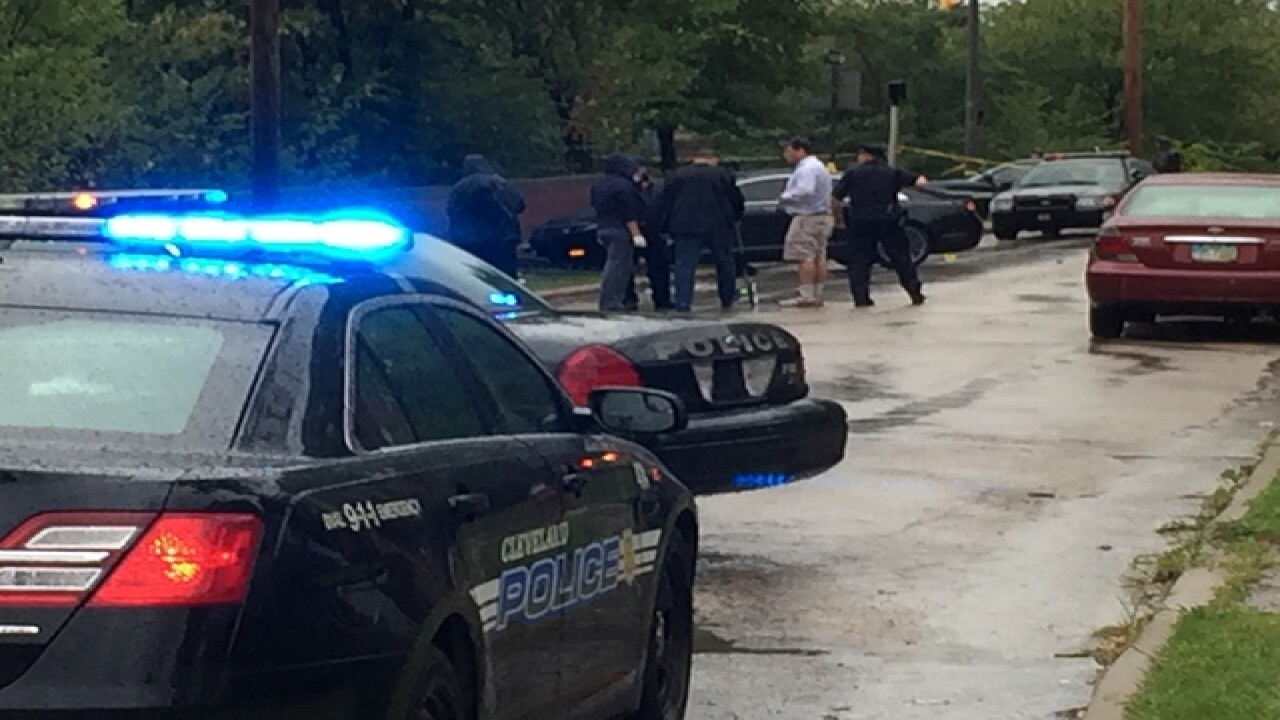 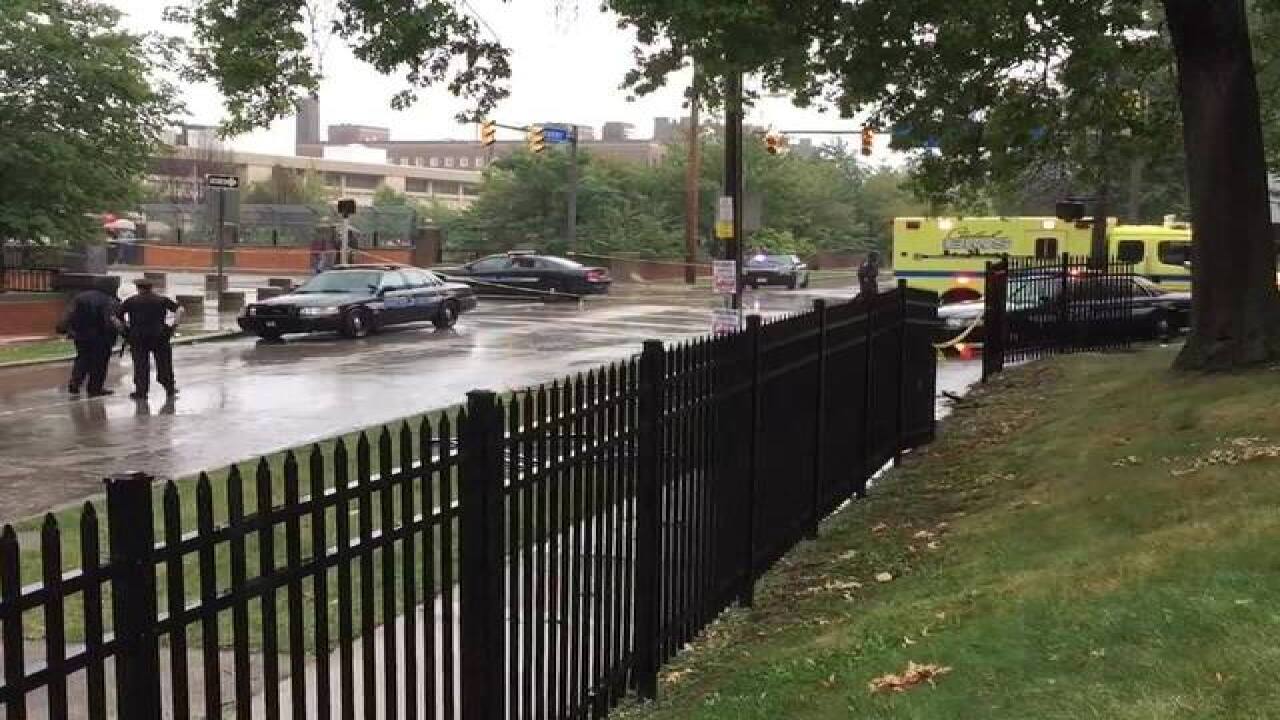 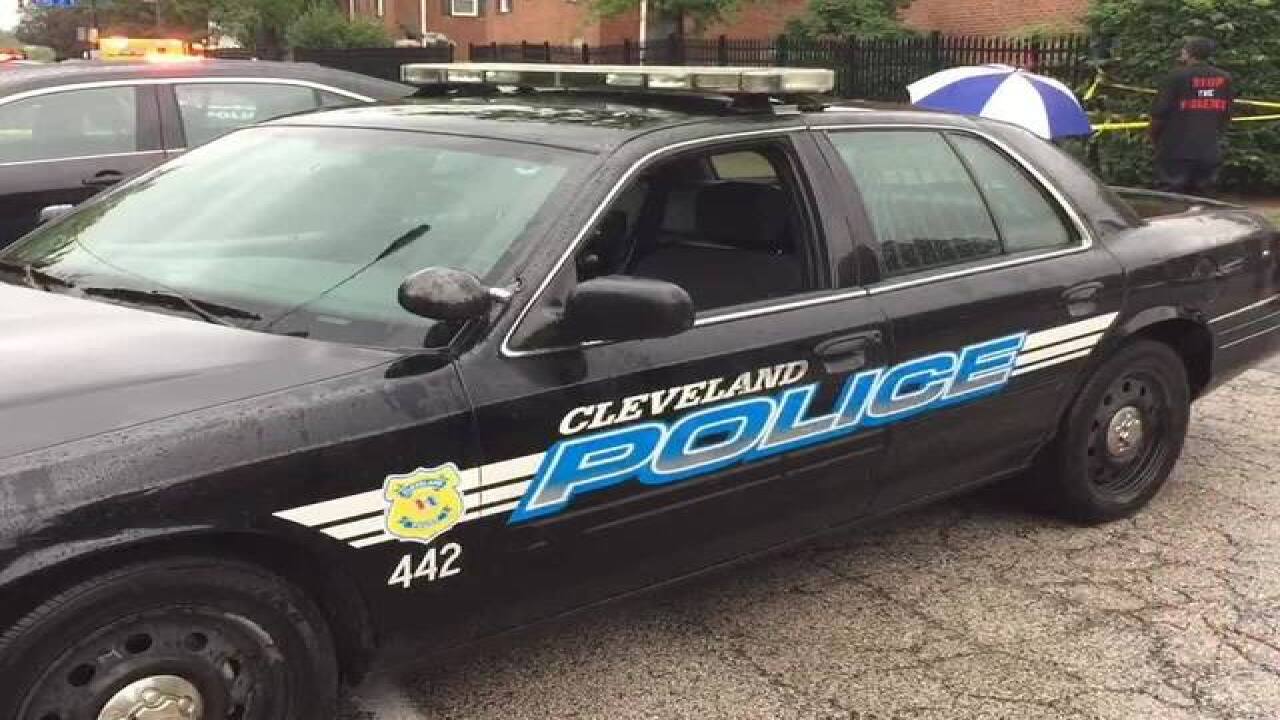 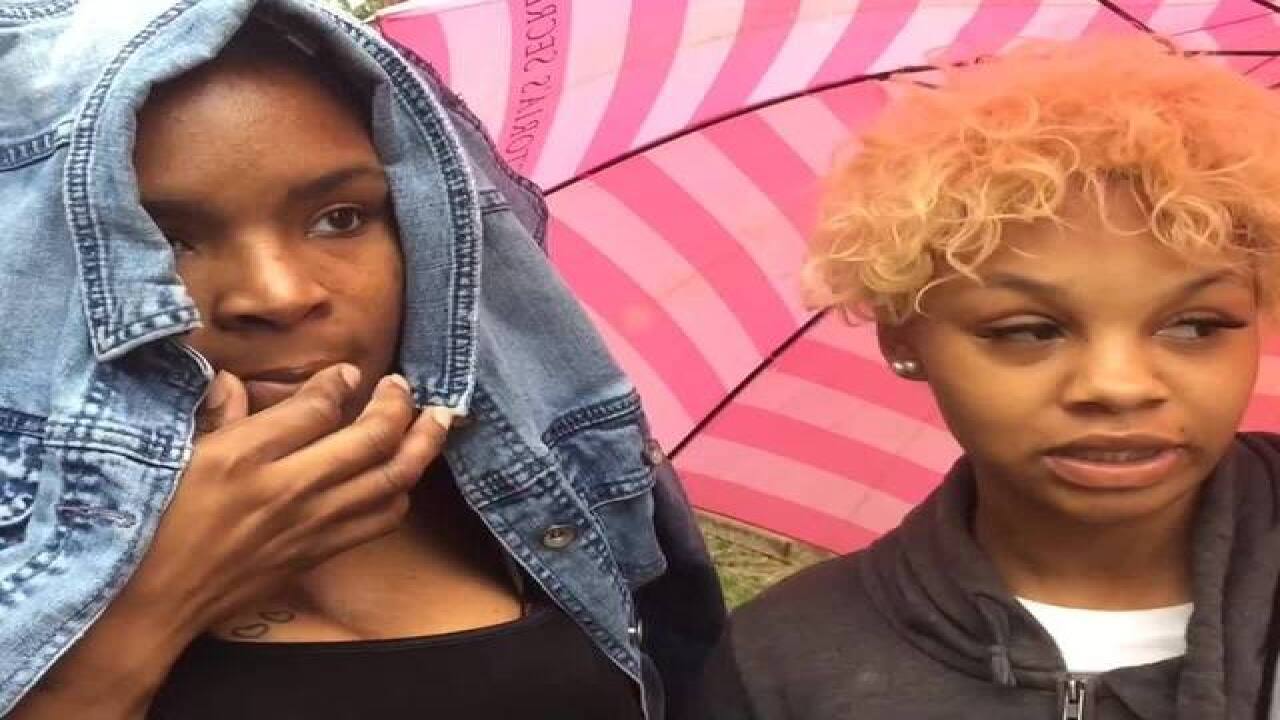 A 30-year-old man was killed and a 10-year-old boy was shot in the shoulder Saturday.

Cleveland Police said that the two were driving on Martin Luther King Drive and stopped at a light. A suspect approached the vehicle and shot into the car, then fled, possibly in a white four-door vehicle.

The adult kept driving the car and came to a stop on Shaker Boulevard, police added.

The child was taken to Rainbow Babies and Children's Hospital. The adult was dead when crews arrived.