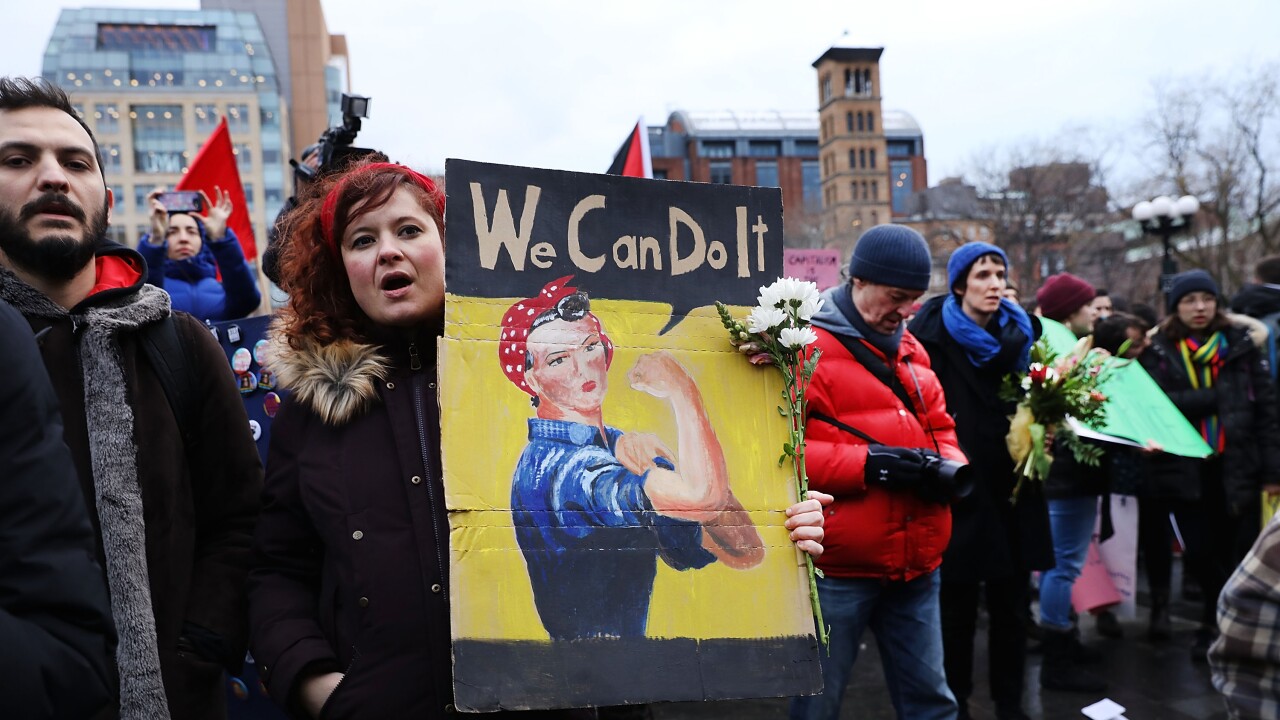 Spencer Platt/Getty Images
NEW YORK, NY - MARCH 08: Dozens of women and men attend a rally and march in Washington Square Park for international Women's Day on March 8, 2018 in New York City. Around the world, thousands of women are occupying the streets, refusing to work and boycotting domestic tasks in a response to a call for a global women's strike on Thursday. In Spain large groups of women have taken to the streets to protest a gender pay gap of 19% in the private sector. (Photo by Spencer Platt/Getty Images) 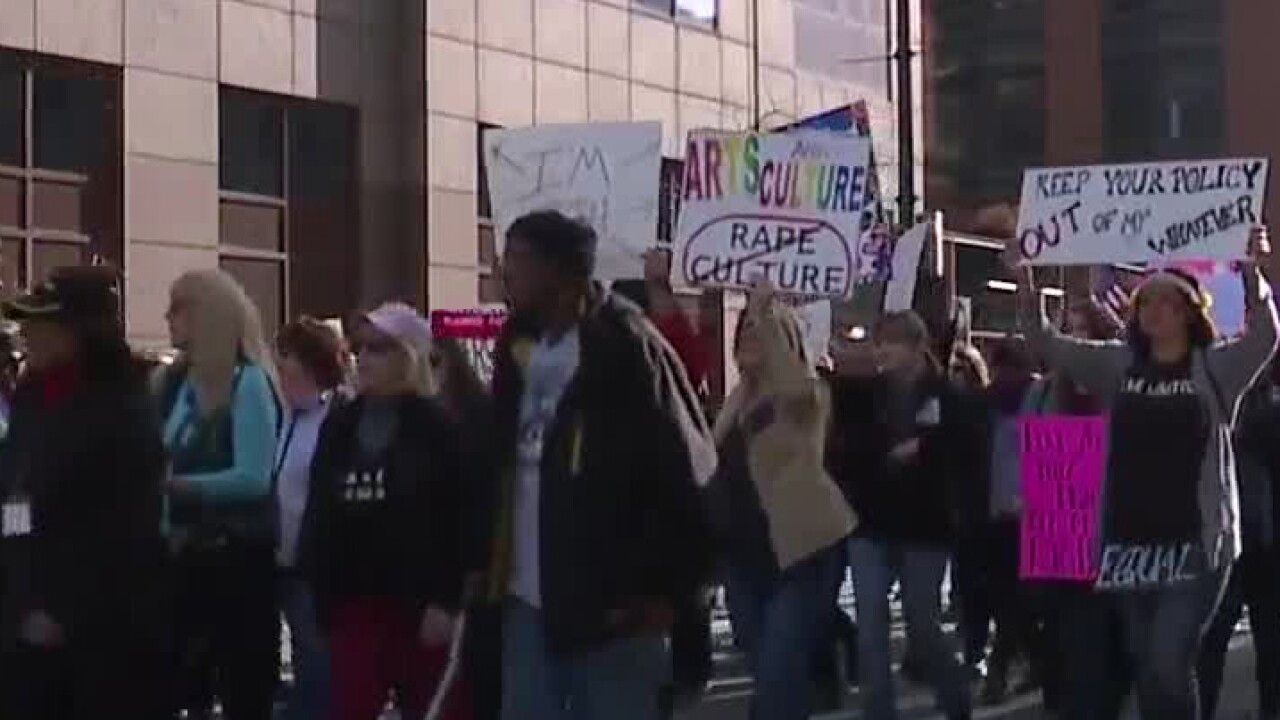 CLEVELAND — Thousands of people are expected to gather at Public Square in downtown Cleveland on Saturday for the 2019 Women's March as part of a wave of marches happening across the country.

A special program will take place at 1 p.m. following the march at Old Stone Church on Public Square. Among the speakers will be Susan Bro, whose daughter was killed by a white nationalist from Ohio in Charlottesville, Virginia and Samaria Rice, who became an activist after her 12-year-old son Tamir Rice was killed by a Cleveland police officer.

Things to keep in mind during the march:

While there is still uncertainty about a major weekend winter storm and how it will affect residents across Northeast Ohio, we can expect the possibility of snow with a temperatures in the low 20s, peaking with a high near 30 degrees in the afternoon.

RELATED: Here's what you need to know about the threat of a major weekend winter storm

The City of Cleveland said they will release road closures and traffic changes impacting the public on Wednesday. News 5 will update the story once this information is provided.

The story of the Women's March began after Donald Trump's election in 2016, calling for women to rally across the country, according to The Washington Post. It started in D.C. with a massive rally, with more than 600 cities across the country hosting marches of their own. There will be seven marches held across Ohio on Saturday.