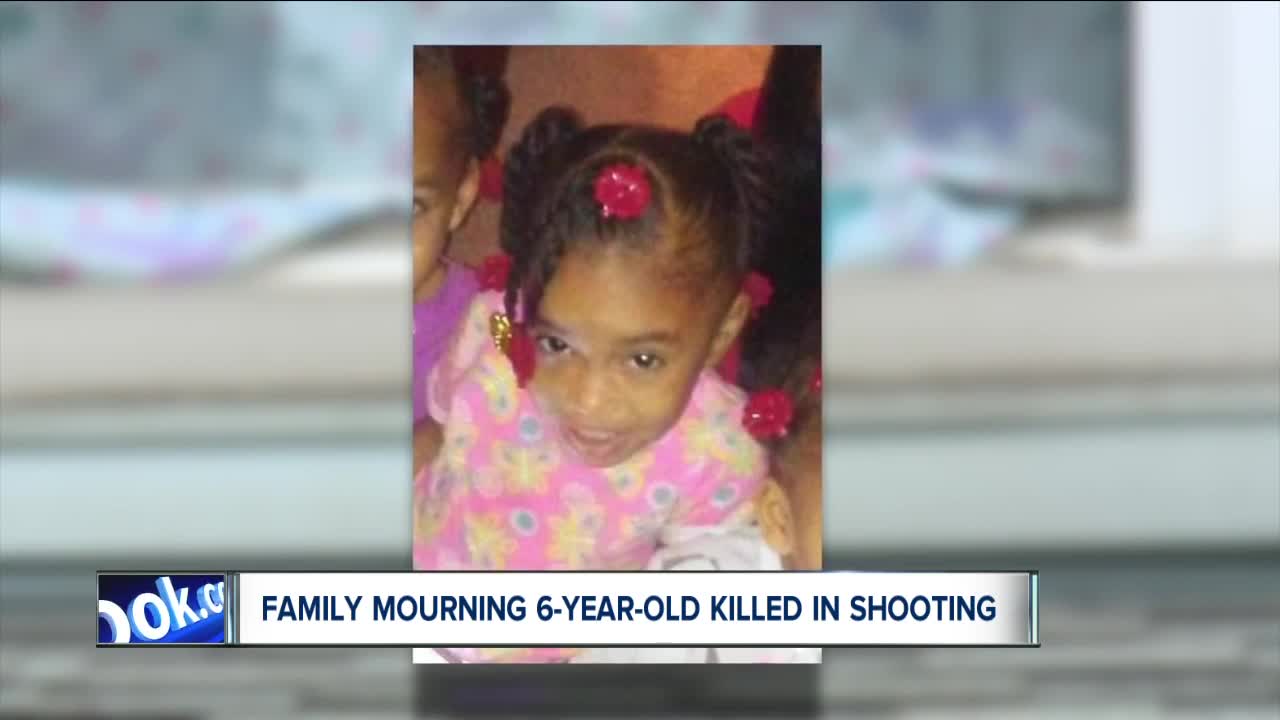 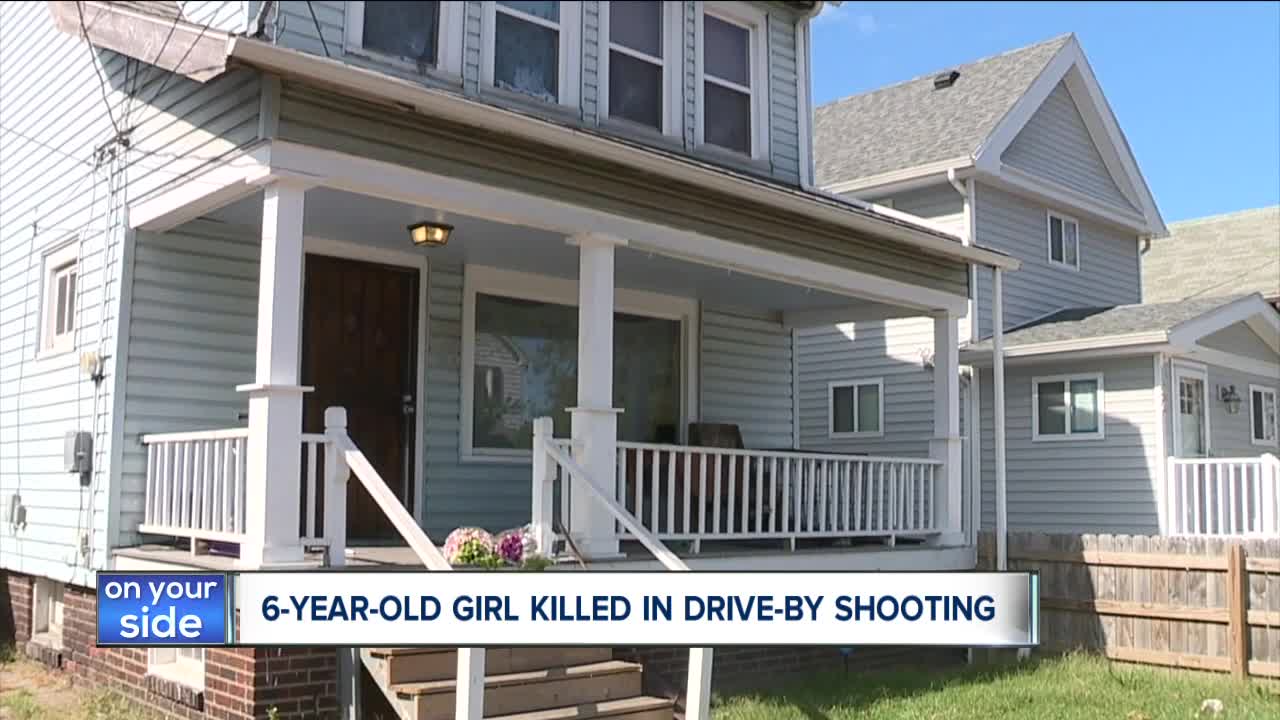 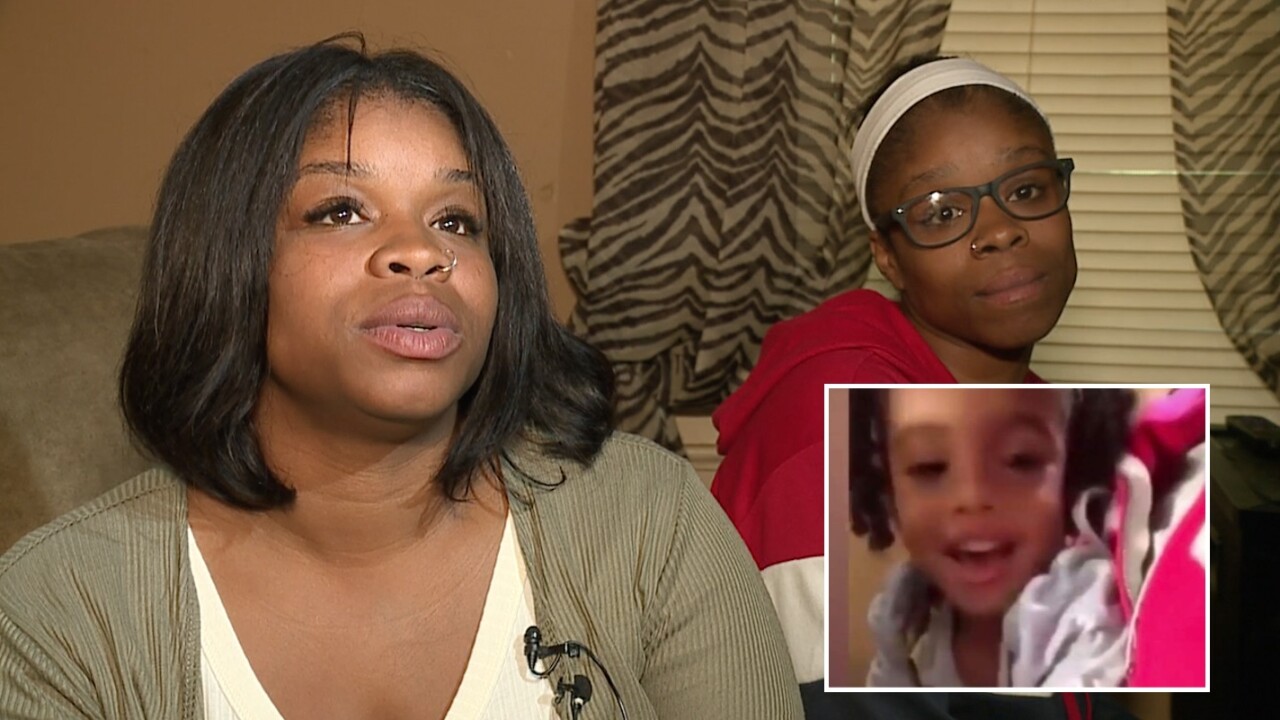 CLEVELAND — A family is trying to cope with the unthinkable. 6-year-old Lyric Lawson died after being shot in the head early Saturday morning on Cleveland’s East Side.

“We will never know what she grows up to be, we would never know that. My kids, her sisters would never see her again. And it's hurtful,” Lyric’s aunt Deirdre Selmon said.

Selmon said her home on East 171st Street was shot 28 times. She shares the home with her twin sister, Ometrice Selmon, and their children—six total. She said all of the kids were sleeping next to each other inside when the shooting started and Lyric was shot in the head.

“The other kids had blood splatter on their faces. This is not right. It's not right. My kids were shaking so bad they couldn’t even answer the door for the police. I had to have my oldest daughter hold the towel to my niece’s head. She laid her on her lap so I could open up the door,” Selmon said.

Lyric was rushed to a nearby hospital where she was later pronounced dead.

Deirdre said she and her sister are now afraid to return to their home.

“It looks like somebody took a pencil sharpener and just spread the stuff all over my house. My house is shredded, it's shredded, it's not a safe haven anymore,” Selmon said.

During this difficult time, the family is leaning on each other for support.

Ometrice Selmon was not ready to speak about her daughter with reporters, so her sister stepped in, sharing fond memories of Lyric who she says was so full of life.

Anyone with information regarding the shooting is asked to call police at 216-621-1234. Crime Stoppers is offering a $2,500 reward for any information.

A vigil and march in honor of Lyric's life has been scheduled for 5 p.m. Monday. Family and members of the community are expected to march from Hannah Gibbons Elementary School to the home on East 171st Street where Lyric was shot.