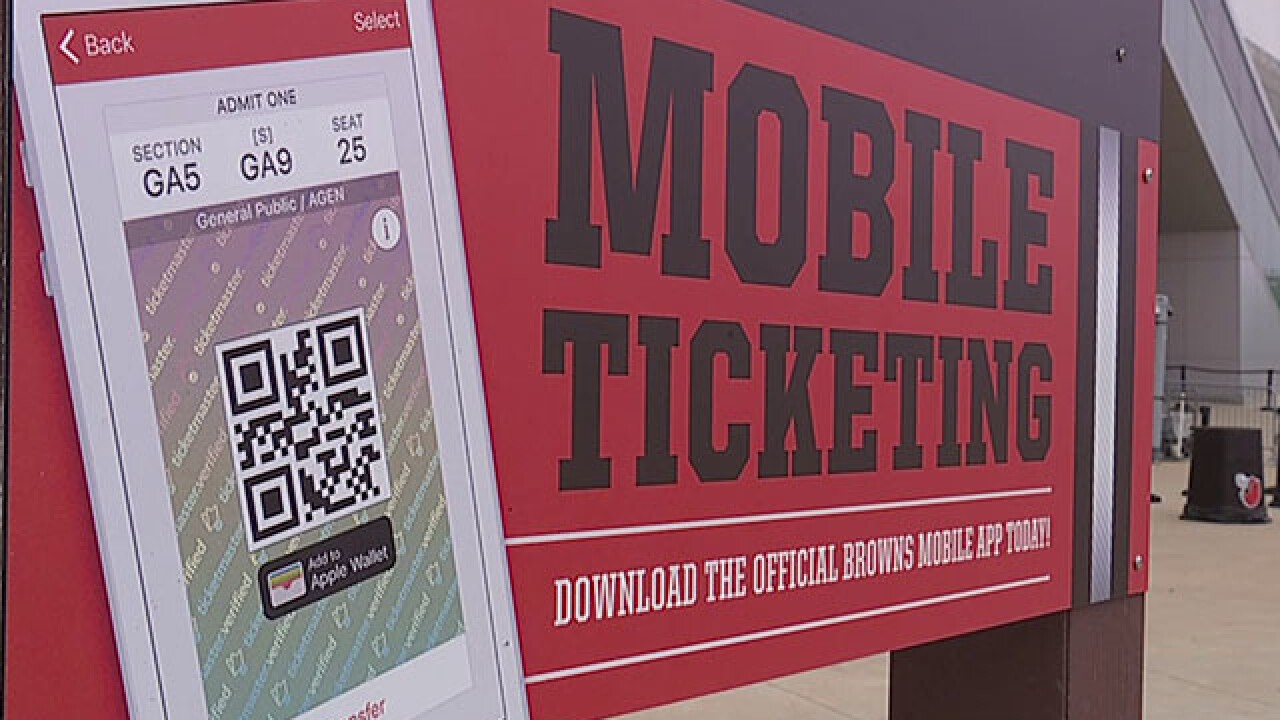 Copyright 2018 Scripps Media, Inc. All rights reserved. This material may not be published, broadcast, rewritten, or redistributed.
<p>Fans with digital tickets will have to use the Browns app this season - printing the ticket from home is no longer an option. (Source: Jordan Vandenberge)</p>

The off-season brought big changes for the Cleveland Browns, but with a new season on the horizon, there are also big changes for fans heading to FirstEnergy Stadium. As part of a league-wide policy change, PDF tickets – also called print-at-home tickets – will no longer be accepted.

The new policy comes amid a new deal struck between the NFL, Ticketmaster and StubHub. The policy change comes as the league tries to crack down on fraud in the secondary ticket market. A Browns spokesperson told News 5 that the team has tried to phase in the policy change over the past couple of seasons.

With the strictly mobile-only ticket policy, fans will download their tickets onto their smartphone and into the Browns app. From there, fans are encouraged to put those tickets on their Apple Wallet at least 24 hours before game day.

“I think it’s ridiculous because some of the friends that I have don’t have smartphones. They still have flip phones,” said Rebecca Browand. “In my own opinion, it’s kind of stupid. I hear they have ticket reps that will be able to pull up your tickets but that just makes you wait longer to get into the stadium. If I go to the game, I want to be there in my seats.”

Other fans said they were optimistic about the policy change and the team’s chances in 2018.

“I’m kind of encouraged by it. Usually it’s kind of a pain when you forget to print your tickets out. Now it’s mobile access which didn’t used to be the case. I personally really like it,” said Tim Weyer. “I know they’re always trying to use technology to make it faster to get in. That’s what everybody wants to see. Hopefully it works out that way.”

In the event of a technology snafu, a Browns spokesperson said the team will work with Ticketmaster to ensure the fan experience won’t be impeded.