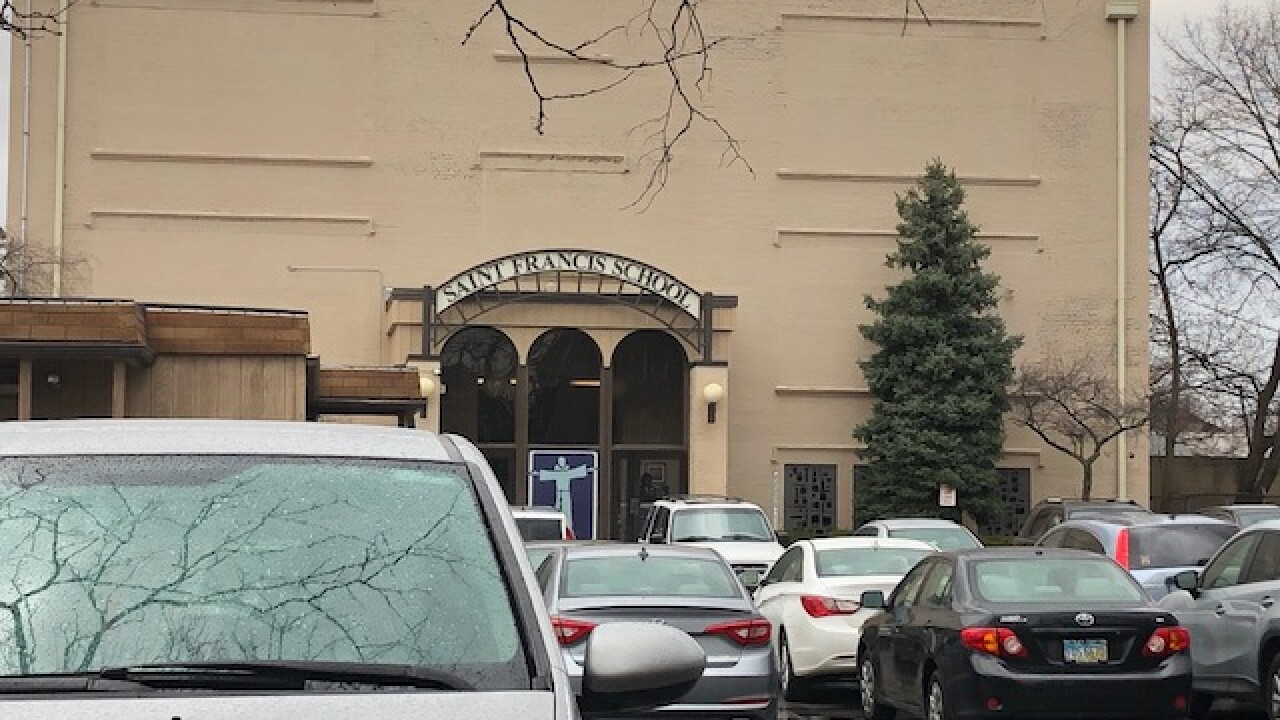 CLEVELAND — Early Thursday morning, police responded after a fourth-grade student brought a loaded gun to school inside his backpack, the Catholic Diocese of Cleveland confirmed.

In a statement, the diocese said a teacher at St. Francis School, 7206 Myron Avenue, immediately confiscated the book bag with the gun inside.

Cleveland police said at this time, they do not believe there was any intent to cause harm to anyone inside the school. The 9-year-old boy allegedly showed other students the loaded gun, police said.

The diocese released a statement which read, in part: "Officials at the school work diligently to ensure that the safety of the St. Francis school community is a top priority."

The student, who was removed from the building, will not be returning to the school, in keeping with the school's policies, according to the statement.

Police said no one was injured. Officers took the boy to the fifth district headquarters, where they will meet with the juvenile prosecutor and wait for his mother.