Fugitive of the week: Man accused of murdering son, mother in June 2000 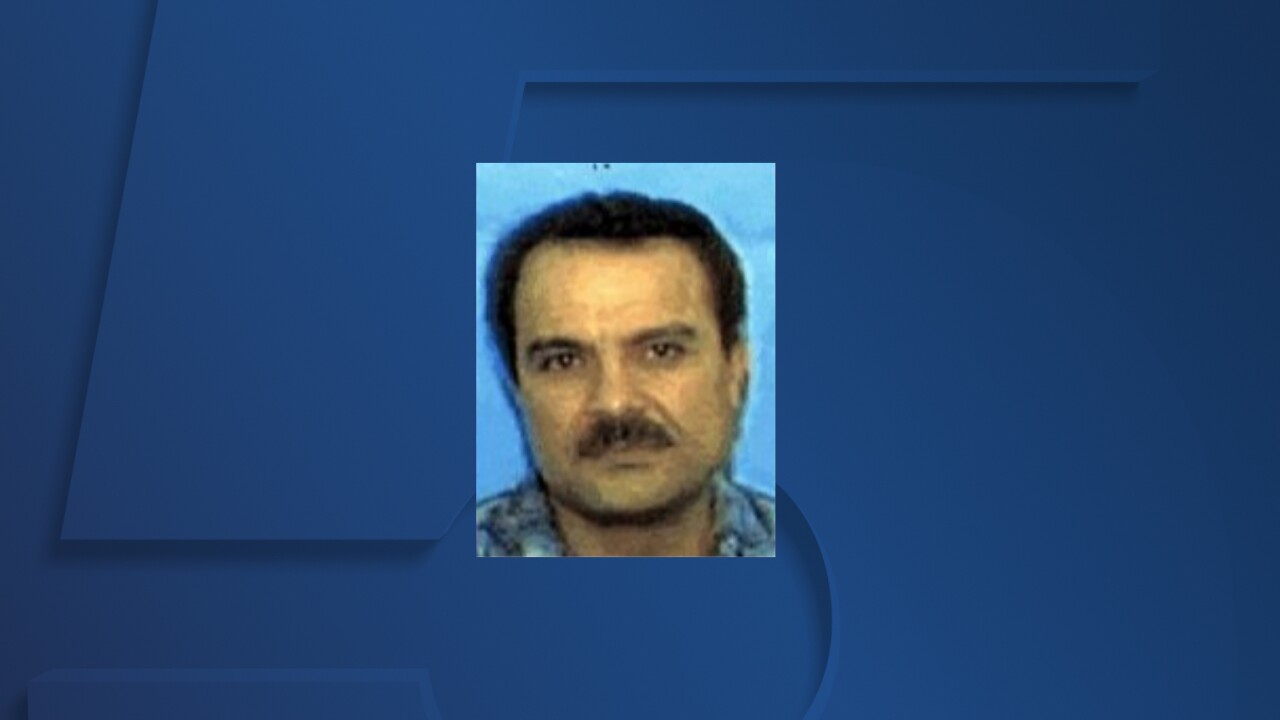 CLEVELAND — The Northern Ohio Violent Fugitive Task Force is asking for the public's help to locate a man who has been accused in a 2000 murder.

Fethi Jelassi, 65, is accused of shooting and killing David Settle and his mother Patsy in June 2000.

Marshals said Jelassi has been charged with aggravated murder and aggravated burglary.

He has a tattoo of a female face on his upper left forearm.