Giant, inflatable Ralphie is putting away his bunny suit until next Christmas 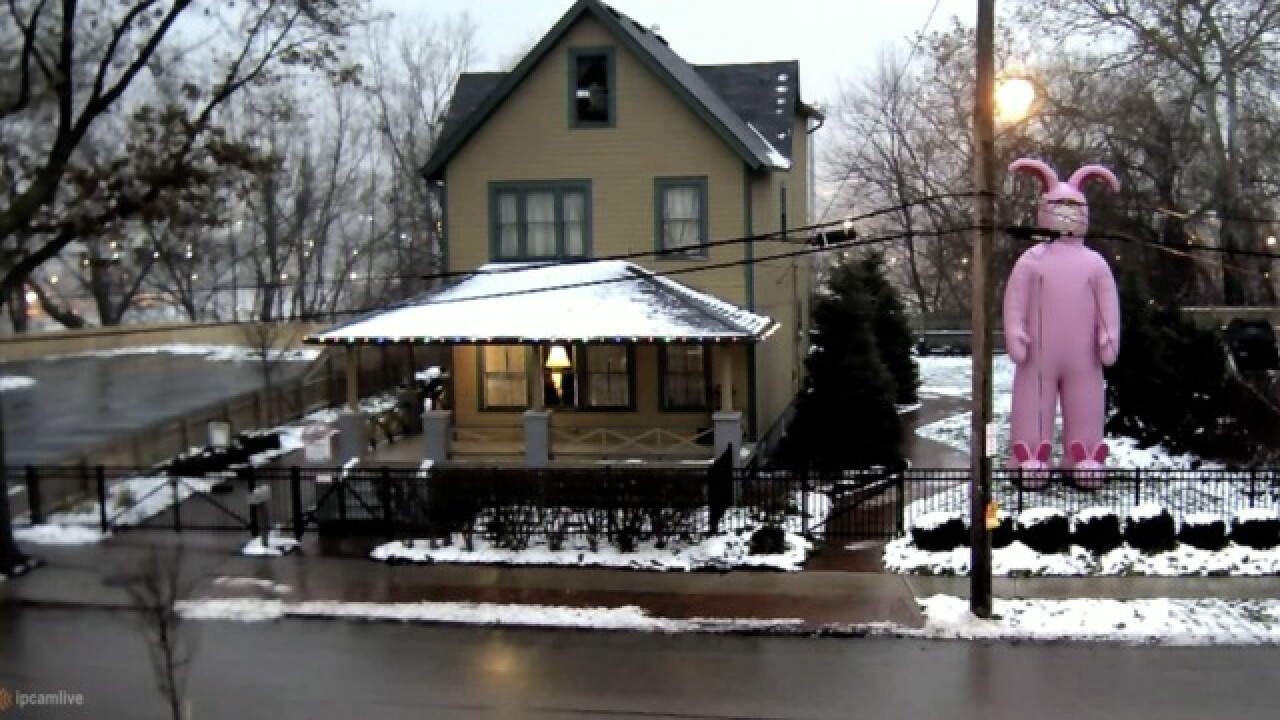 CLEVELAND — After spending the holiday season welcoming visitors to the Christmas Story House, Ralphie is putting away his bunny suit and heading inside to scheme his way to a Red Ryder BB gun until next Christmas.

The 20-foot Ralphie dressed in pink bunny suit pajamas given to him by his Aunt Clara occupied the yard space next to the Christmas Story House for the month of December.

On New Year's Day, Ralphie was seen planted face down in the mud after strong winds hit the area on New Year's Eve.

Last night's winds were too much for Ralphie. Poor kid in his bunny outfit now face down in the mud outside @ACSHouse @WEWS pic.twitter.com/TecnCNJ5zG

On Wednesday, reps for the Christmas Story House said they were deflating Ralphie and putting him away until next season.

For many Christians, the Epiphany marks the end of the Christmas season.

For Clevelanders who worship at the altar of the leg lamp, you're looking at it.