Have you seen this man? He pulled up on a motorcycle and robbed a Brinks employee filling an ATM 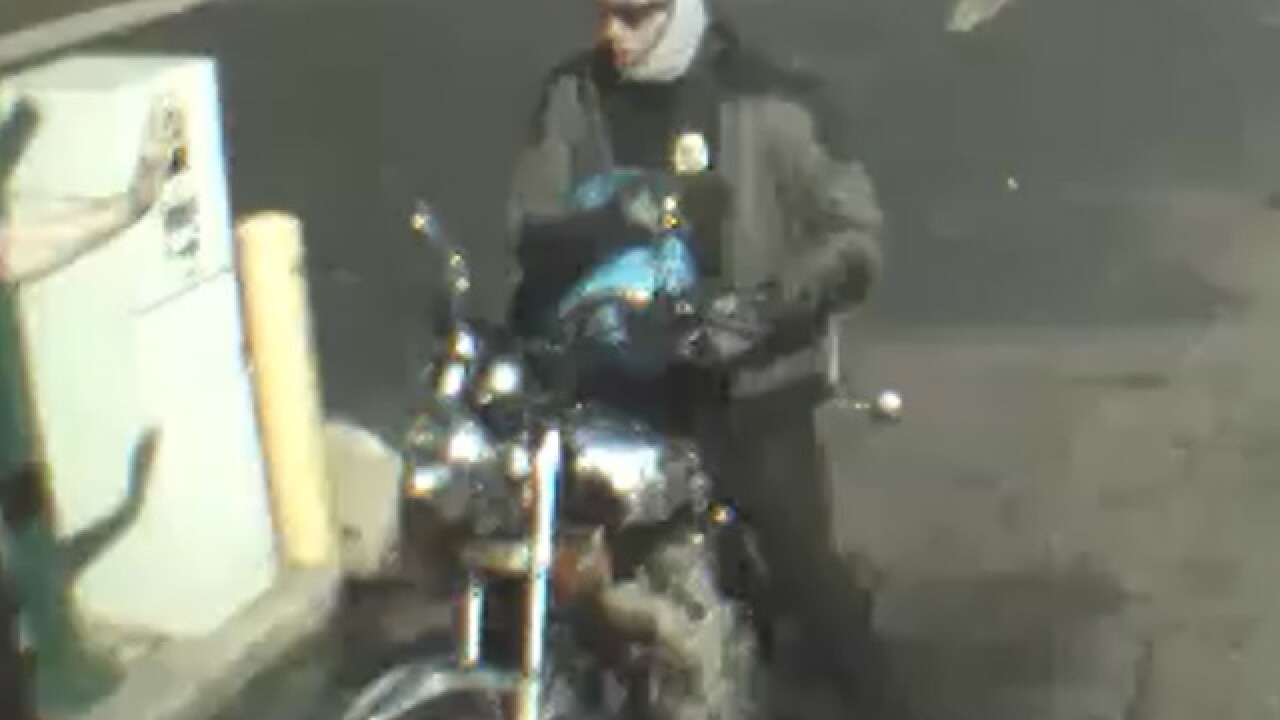 Authorities are looking for a man on a motorcycle who robbed a Brinks employee of ATM money on Monday morning.

The suspect was waiting in the parking lot as the employee had a bag of money to service the Citizens Bank ATM located at 5841 Broadway Avenue in Cleveland, according to the FBI.

The suspect approached the employee on a motorcycle, which authorities said is possibly a Yamaha with a chrome gas tank. While on the motorcycle, the suspect stopped at the ATM, pointed a black handgun at the employee and demanded cash, according to officials.

The Bricks employee handed over the bag of cash and the suspect put it in his shoulder bag, authorities said. He rode off on Cable Avenue towards Adolpha Avenue.

The suspect was described as a black and/or Hispanic male with a medium to large build standing about 5-feet-10-inches to 6-feet tall. He was wearing a gray mask over his nose and mouth, and a gray hooded sweatshirt with a dark puffy coat over a hoodie with a gold badge displayed on the chest. He was also wearing pants, gloves and boots.