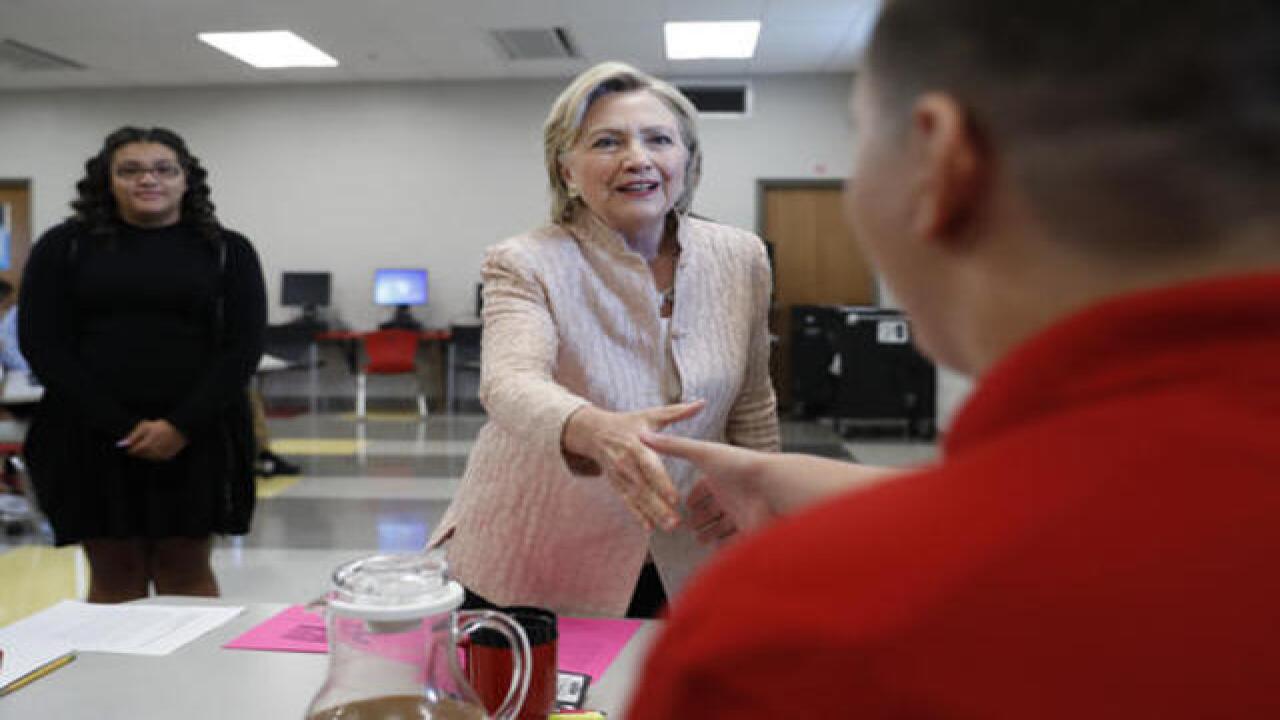 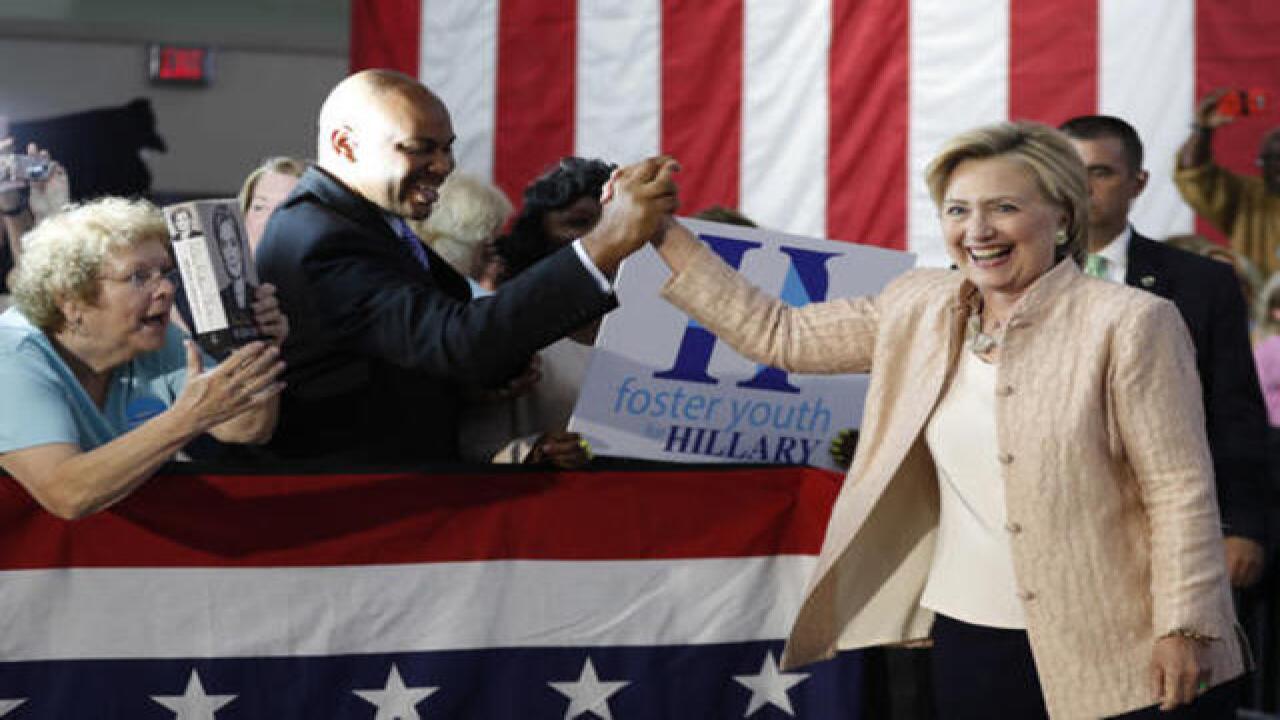 Hillary Clinton shrugged off Donald Trump's latest campaign shakeup Wednesday, saying he's the "same man" who would cut taxes for rich people while she would force the super-wealthy to pay more.

"Donald Trump doesn't need a tax cut. I don't need a tax cut. It's time for the wealthiest Americans, whoever you are, as well as corporations and Wall Street to pay your fair share in taxes," Clinton said at a rally with more than 2,300 people at Cleveland's John Marshall High School.

Her remarks came shortly after Trump, struggling to steady his troubled campaign, announced a new chief executive officer and campaign manager. Polls show Clinton building a lead in the weeks since the summer nominating conventions.

At the rally, Clinton suggested staffing changes won't fix her rival's campaign or change his past insults of the Muslim American parents of an Army Captain killed in Iraq, or incendiary comments about women and people with disabilities.

"There is no new Donald Trump. This is it," she added.

What a great crowd out today to see @HillaryClinton at John Marshall High School in Cleveland! #OHHillYes pic.twitter.com/D1T4FbeYwC

Even as she has struggled to address questions about her trustworthiness amplified by scrutiny of her use of a private email server at the State Department, Clinton has addressed the trust issues in other ways. Popular surrogates, including Vice President Joe Biden this week in Pennsylvania, have testified to her trustworthiness. Clinton has repeatedly pointed to Trump's unwillingness to release his income tax returns and said his tax policies would only help the rich.

Clinton pledged again that she would not raise taxes on middle-class earners but Republicans noted that during her time in the Senate she had voted in favor of Democratic budget plans that would have raised taxes on American earning less than $250,000 a year. Republican National Committee chairman Reince Priebus said in a statement that Clinton's tax plan would "kill jobs, reduce wages and hurt economic growth" and her prior Senate votes showed "she can't be trusted to look out for the middle class."

Clinton has proposed a 4 percent surcharge on incomes of more than $5 million, which would essentially create a new top bracket of 43.6 percent while those earning more than $1 million annually would face a tax rate of at least 30 percent. She has also pledged to eliminate the so-called "carried interest" loophole for private equity and hedge fund managers who pay lower rates on their investment profits.

"[Republicans] say we as Americans don't win things any more. Well ... Tell that to the @cavs!" —Hillary #OHHillYes pic.twitter.com/gXocGha7xc