This is the latest in an ongoing News 5 Investigation series called Cleveland Abandoned that looks at the effects of blight in Northeast Ohio.

Thousands of homes around the City of Cleveland are falling apart.

To reduce the distress they bring to communities, the city encourages residents to call 311 to alert them when they see open, vacant or vandalized properties. There have been 4,600 people who have called 311 about vacant and abandoned homes since 2016, according to city data.

News 5 Cleveland spent two months checking the accuracy of the 311 system and the city’s response times for board-ups. We analyzed the calls, tracked down callers and visually inspected dozens of homes. As a result, we found serious flaws in the system, including residents who are still waiting for a response from the city.

Cleveland resident Debbie Gordon said she called and complained several times to the city about the abandoned home on 8016 Whitehorn Avenue. 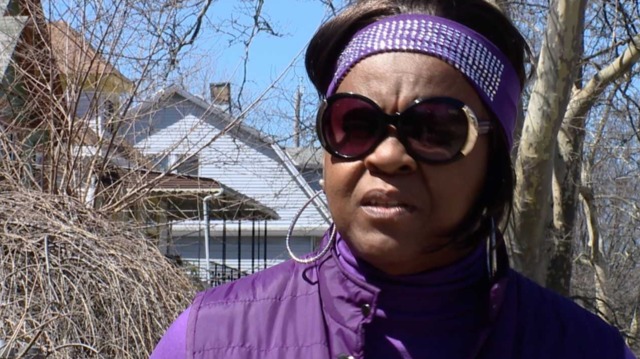 At one point, the weeds outside the structure grew so high she decided to cut them herself. She hoped it would help rid the house of its only permanent residents — rats.

The house sits on the street where she has lived for years. She also owns a few other homes on Whitehorn Avenue, which she uses for rental income.

“On the first floor, we can gain access to the house,” she said. “My tenants complain they’ve seen people in there.”

Despite her complaints, Gordon said the home remains open and unsafe.

“I've even seen [city employees] out there saying they’re going to do this and that,” she said. “But nothing has happened." 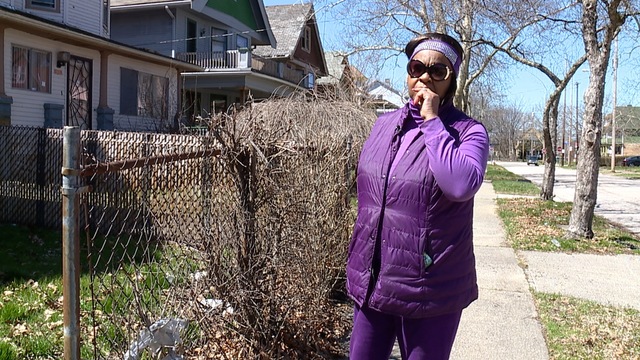 The house on Whitehorn Avenue is just one of many properties 5 On Your Side Investigators visually inspected as part of our investigation into how long it takes for a home to be boarded up after a 311 complaint is filed.

From the 4,600 total calls, we selected a sample of homes in the city’s data and checked the status of those calls. We inspected all 42 properties categorized as open, vacant, and/or vandalized (OVV) that residents called about in February of 2018. 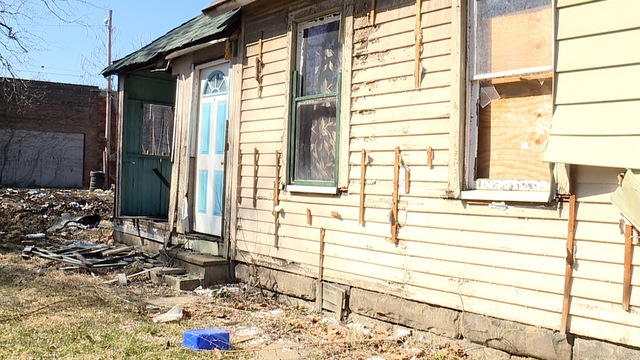 However, during our team’s inspections in April, we found 14 — or one-third — of the properties were not completely boarded up. The properties included some structures left completely wide open and in poor condition near schools and child care centers. 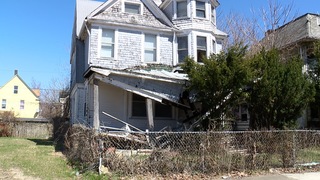 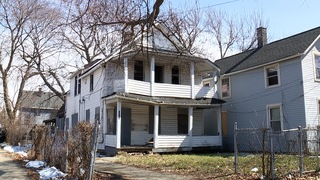 In some cases, it appeared the homes were boarded up at some point, but the boards had already been removed by trespassers or vandals. For example, nails were still visible near some doors and windows.

According to city officials, a property is only inspected once after a contractor boards it up to verify work was completed. No additional inspections are made to ensure the boards remain in place.

News 5 Cleveland mapped all OVV-related calls that came in to 311 since 2016. The data reveals the highest concentration of calls come from the following neighborhoods, which received more than 200 calls, respectively:

The least number of calls came from the Downtown area (2 calls).

The map also paints a picture of how long it took for the 311 Call Center to refer cases to Building and Housing across Cleveland neighborhoods. In addition, the visualization overlays the calls on minority population data, median income and vacant housing percentages. Explore the data and its layers by clicking the arrows on the bottom of the map. Click the info bar on the top right for a description of each layer.

For years, Ward 12 Councilman Tony Brancatelli has spearheaded efforts to help the city recover from the fallout of the foreclosure crisis in the late 2000s.

He said keeping boards in place on vacant properties is an ongoing challenge for the city.

“That’s part of the problem we face,” Brancatelli said. “It’s boarded today and open tomorrow. Sometimes, it may look like it hadn't been dealt with, but it had been."

Close to a decade after the crisis, the latest estimates show there are approximately 7,159 vacant homes in Cleveland.

Brancatelli showed us one example, a severely dilapidated structure on East 64th Street. 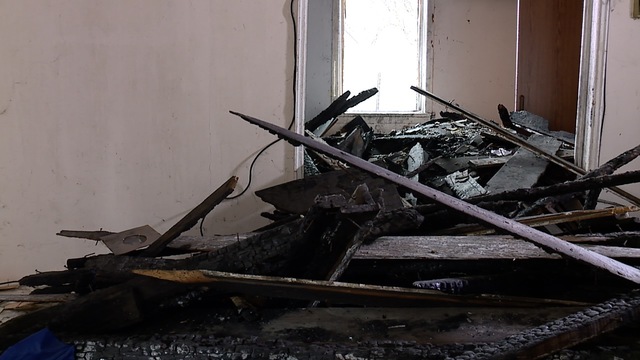 “This is kind of a classic story,” he said. “These kinds of houses were plunked everywhere.”

The home, filled with debris from an arson in a neighboring structure, sits several feet from the street. It was built on a small plot of land behind another home, essentially the backyard of the front house, when jobs in steel mills lured thousands of immigrants to Cleveland.

The city demolished the front house, but the back home still stands. Brancatelli said there is no record of its existence. Like many buildings in Cleveland’s old neighborhoods, the structure was not properly registered.

After our interview, he reported the problem. Workers boarded up the home less than two weeks later. 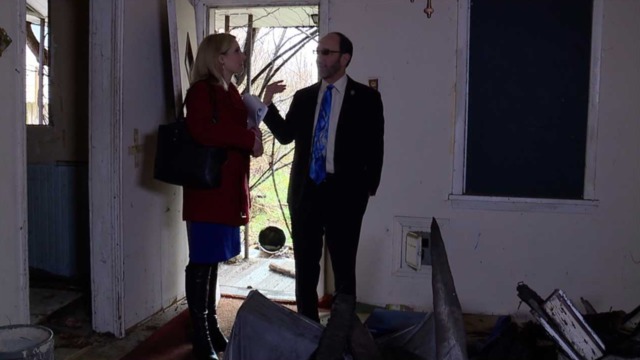 Brancatelli acknowledged the system has flaws, but said it has worked for him, especially considering the scope of the problem.

“We have been doing a great job of keeping up with the freaking mess of the foreclosure crisis,” he said.

He also said the city does nearly 3,000 board-ups a year.

Like Gordon, Hampton told us he has complained about a vacant home on his street several times. 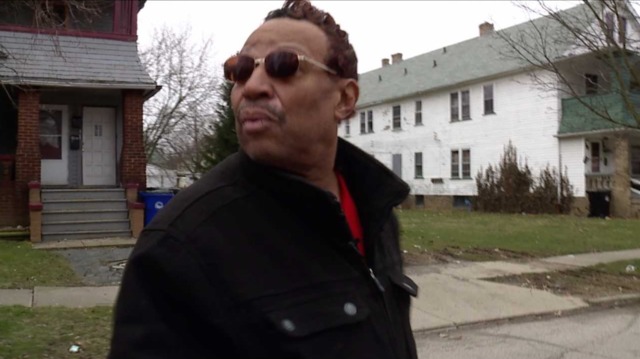 However, when our team checked 12702 Oakfield Avenue, we found it was still open, vacant and vandalized.

“I keep on complaining [that] this house needs to be torn down,” Hampton said. “Still, there’s nothing done about this house as it should have been.”

Hampton said the house attracts drug users and illegal dumping. The day our crew stopped by, we found the yard littered with debris, garbage and tires.

"This is very dangerous,” Hampton said. “It's a hazard here in the neighborhood." 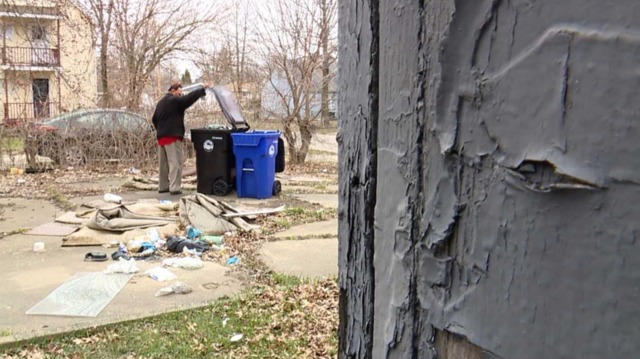 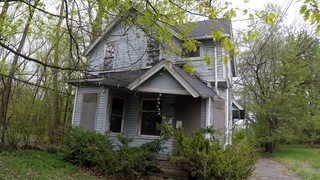 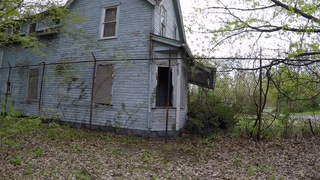 We made several requests for an on-camera interview with Donald to share our findings and learn more about the city’s efforts to improve the 311 system.

We first reached out to the mayor’s office to schedule the interview, but it was denied.

We then followed up with the mayor’s office via phone, but they declined our second attempt.

So we called Donald to schedule an interview, but she immediately hung up as soon as 5 On Your Side Investigator Sarah Buduson identified herself.

In our final attempt to include Donald’s perspective in our report, we stopped by her office to speak with her, but Donald refused to open her door. 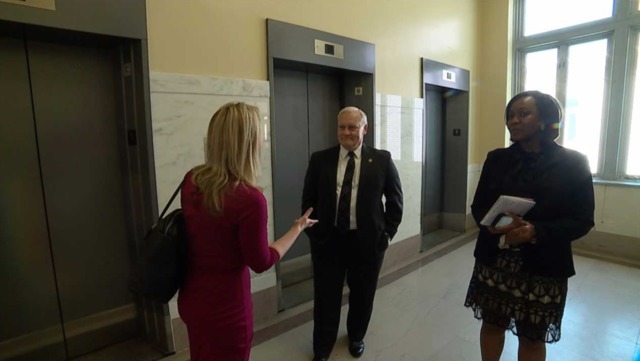 Once again, we explained our report and asked to schedule an on-camera interview with Donald.

Williams responded, “That’s great” that we would like to talk to Donald, but denied our request. When we asked why, he said, “Because I declined it.”

After weeks of asking for information about problems we identified in the city’s 311 data obtained through a public records request, Williams finally provided responses to questions we posed about numerous policies and topics the next day.

Have you called 311 about a vacant home and are still waiting on a response from the city? Share your story here or email investigative@wews.com and we’ll follow up.