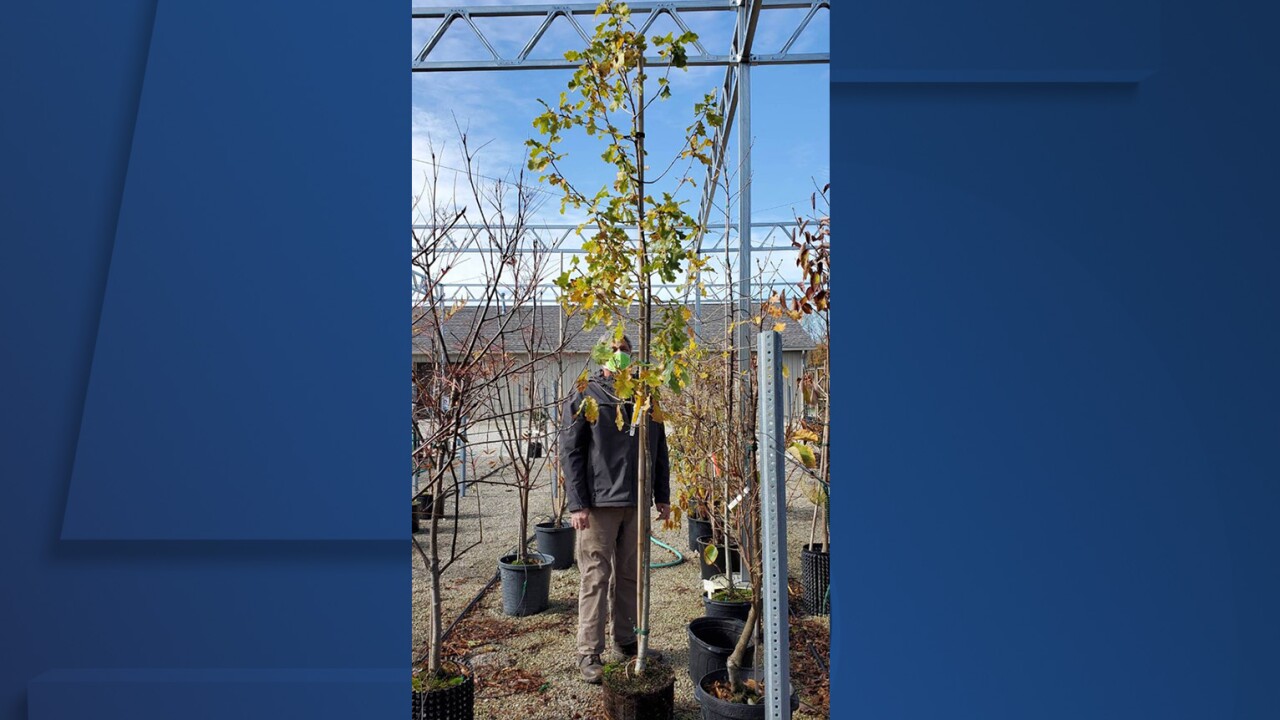 Holden Forests and Garden.
In the photo is Gary Weinheimer, an arborist with Holden Forests & Gardens. He stands with the sapling that will be planted at Rockefeller Park Lagoon. 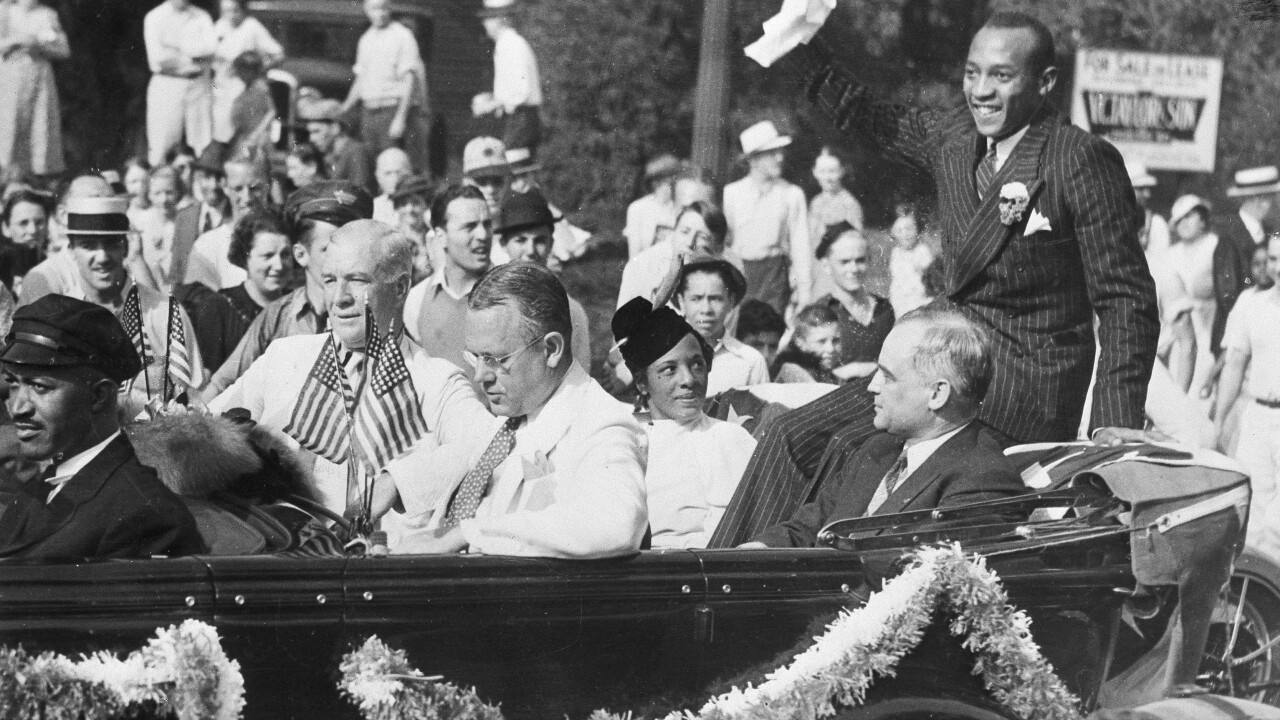 UPDATE: The planting scheduled for today has been postponed until 2021.

A piece of history and the legacy of renowned athlete Jesse Owens, who broke barriers during the 1936 Olympics Games in Berlin, will live on for generations to come. A sapling propagated from the original oak tree that was donated to Owens by the Olympic Committee, and later planted at James Ford Rhodes High School in Cleveland, will take root at another spot in Cleveland.

Arborists from Holden Forests and Gardens and Klyn Nurseries Inc. grew a sapling propagated from the original tree, which was showing signs of age-related distress.

On Thursday from 3:30-3:45 p.m. the Cleveland Botanical Garden will live stream the planting from its Facebook page. The sapling will be planted at Rockefeller Park Lagoon, which runs alongside Martin Luther King Jr. Boulevard.

The planting of this sapling is important for future generations as the Jesse Owens Olympic Oak tree in Cleveland remains a powerful symbol of his legacy.

As a Black athlete in Nazi Germany, his success on the field disproved Adolf Hitler's idea of white supremacy.

At the time, the Olympic committee presented Owens with four English oak saplings, which were planted behind his childhood home, in Berlin, at Ohio State University and at James Rhodes High School where he attended track practice.

The high school is the only known place where you can visit a legacy tree.