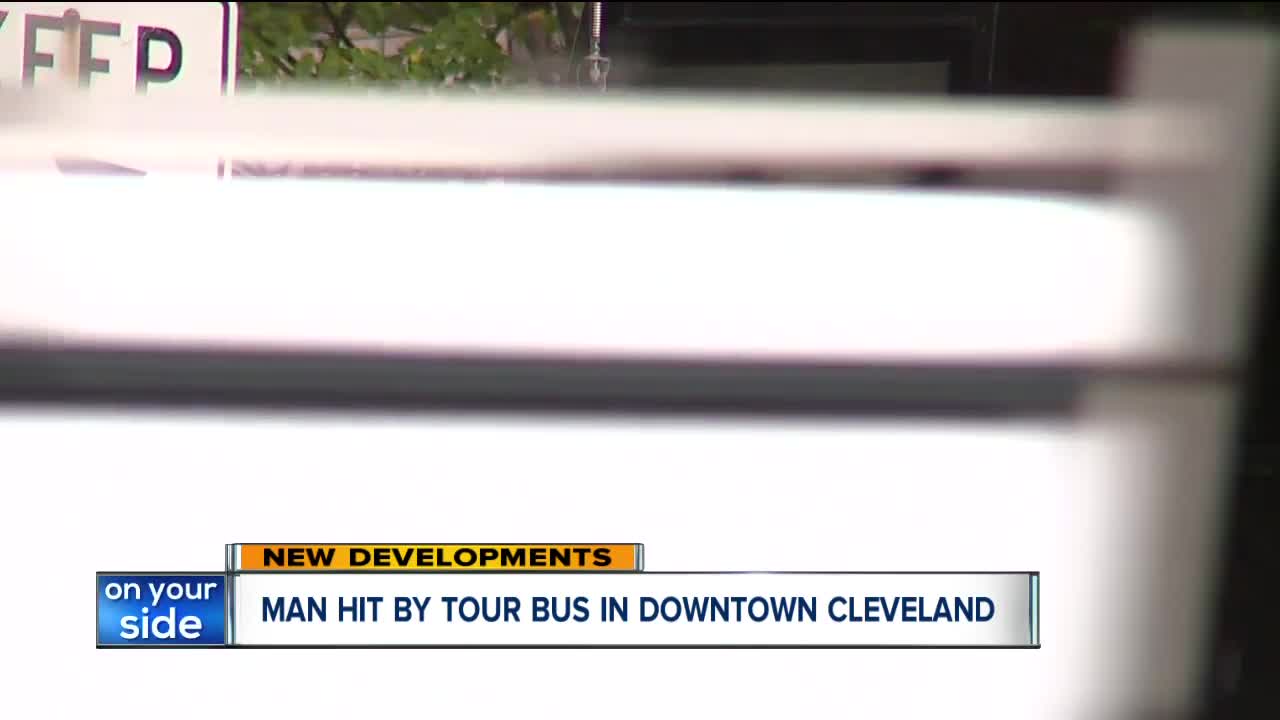 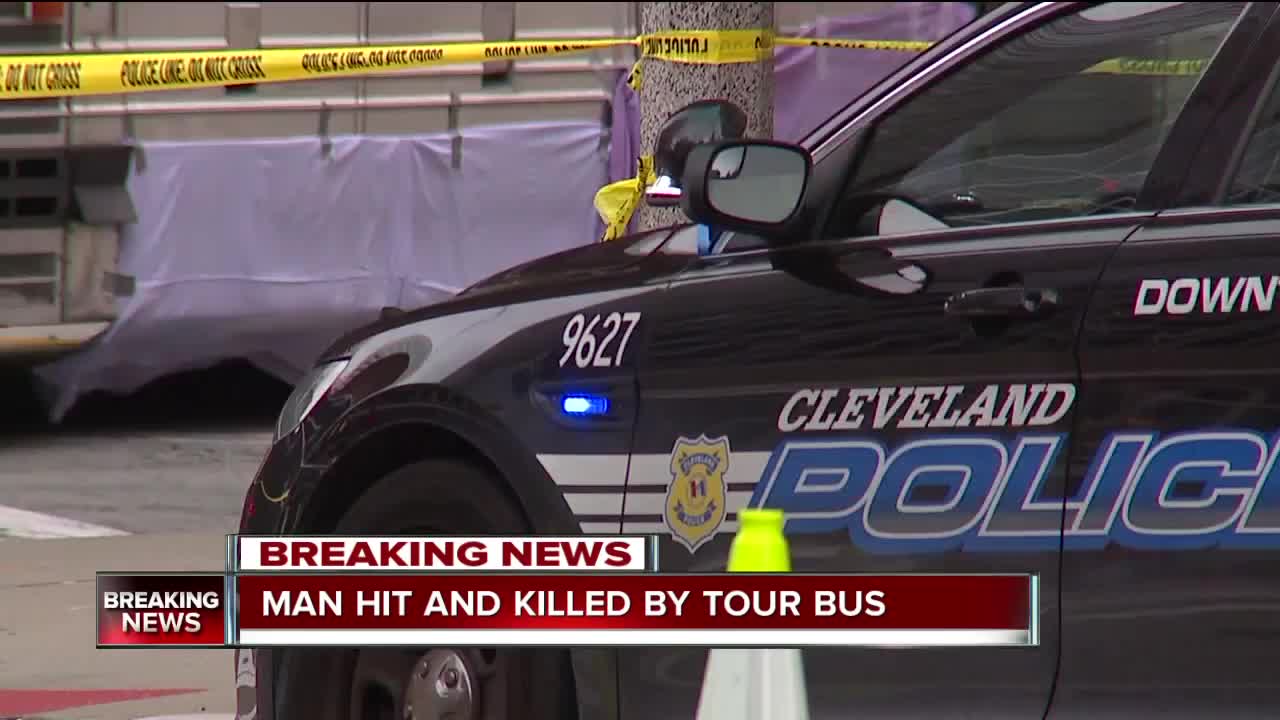 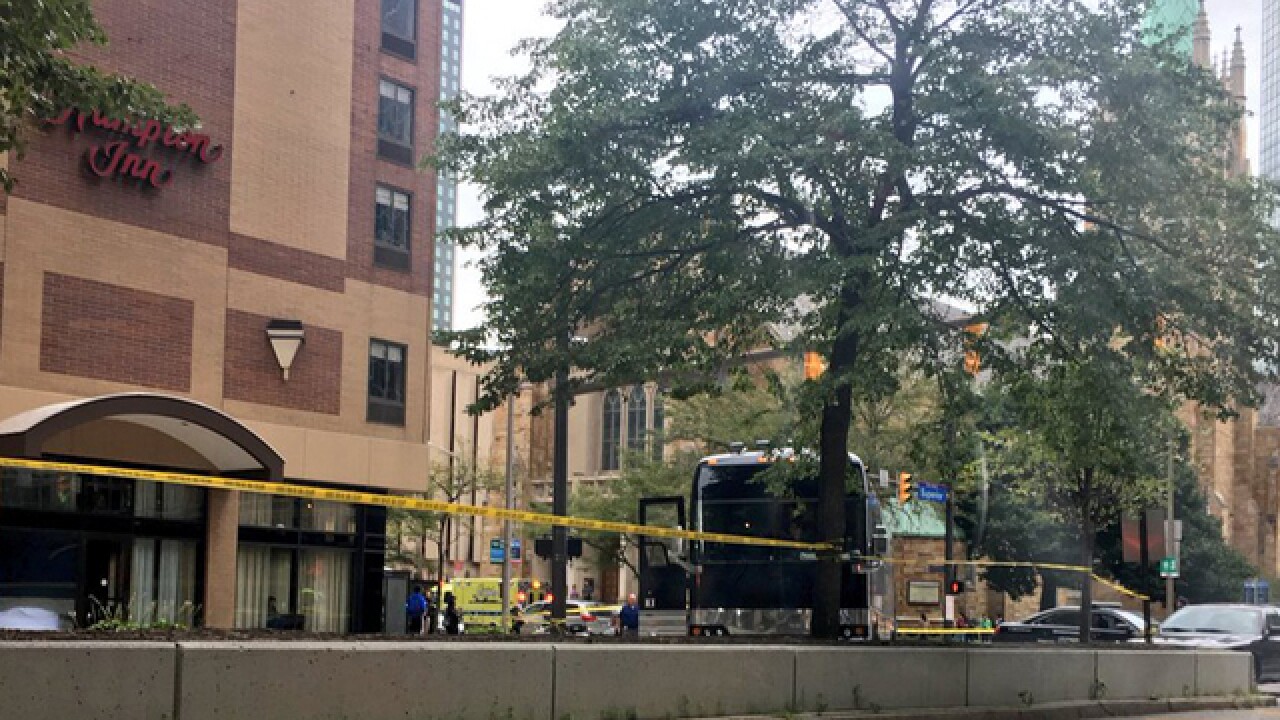 An elderly man was hit and killed by a tour bus for musician Gary Numan in downtown Cleveland Monday afternoon, police said.

The accident happened before 12:45 p.m. on Superior Avenue near East 9th Street, forcing lanes to be shut down for several hours.

Police said the man was in the crosswalk pushing a cart when he was hit. The tour bus, which was driven by a 45-year-old man, was making a right turn from the southbound lane of East 9th Street into the westbound lane of Superior Avenue, according to Cleveland police.

The 91-year-old man was pronounced dead at the scene, police said. His name has not been released.

The driver was not arrested and police said he did not appear to be impaired, but the investigation is ongoing. There was no damage to the bus. Investigators will be checking surveillance cameras in the area.

Sources confirmed that the bus was the tour bus for English musician Gary Numan, who was planning to play at the Cleveland House of Blues Monday evening. Numan’s debut single was the 1979 hit “Cars.”

Numan’s show was abruptly canceled following the accident, due to "unforeseen circumstances," according to a tweet from the Cleveland House of Blues. Refunds will be made available at the point of purchase. It is unclear if Numan was on the tour bus at the time of the accident.

"We are all utterly devastated by the fatal accident involving our tour bus in Cleveland earlier today. Everyone of us is filled with a sadness that made it impossible to even consider playing our show this evening, and out of respect it would have been entirely wrong. I'm sure you can understand why we cancelled and I apologize to the House Of Blues and to the fans for any difficulties or disappointment this decision may have caused. All tickets will be honored at the point of purchase. At the moment all we can think about are the people affected by this terrible tragedy and to them we send all our love."