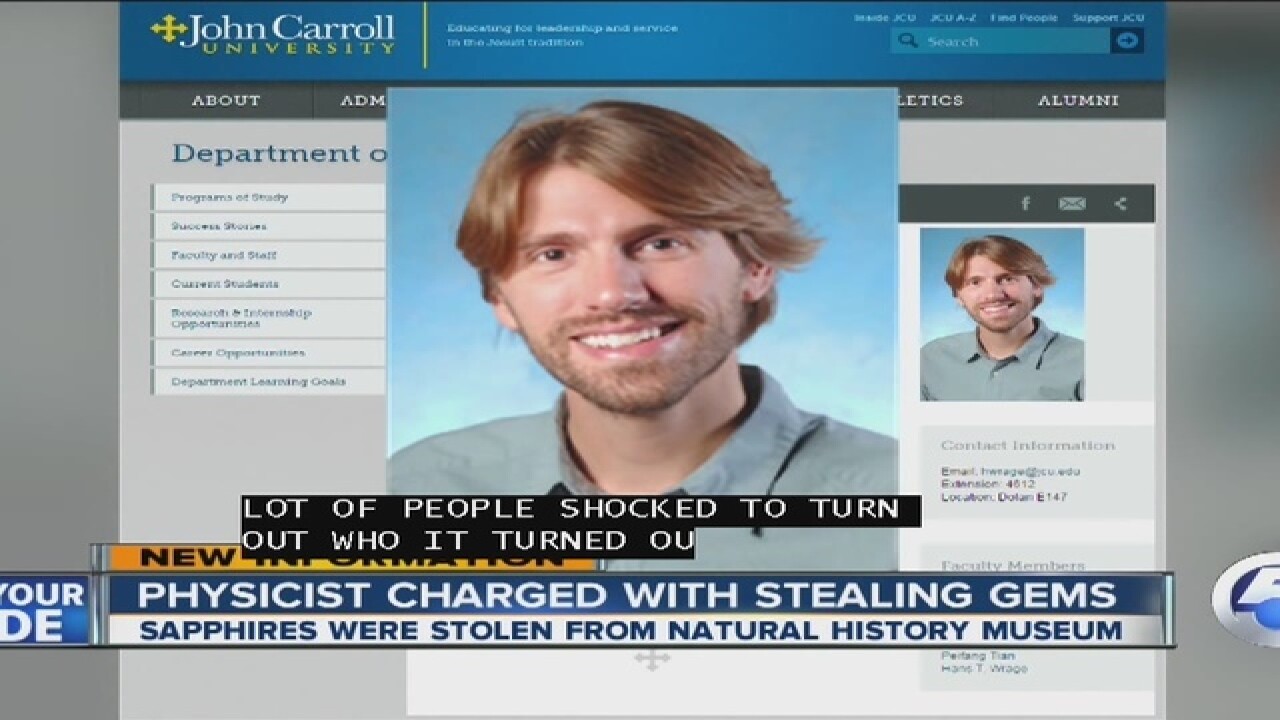 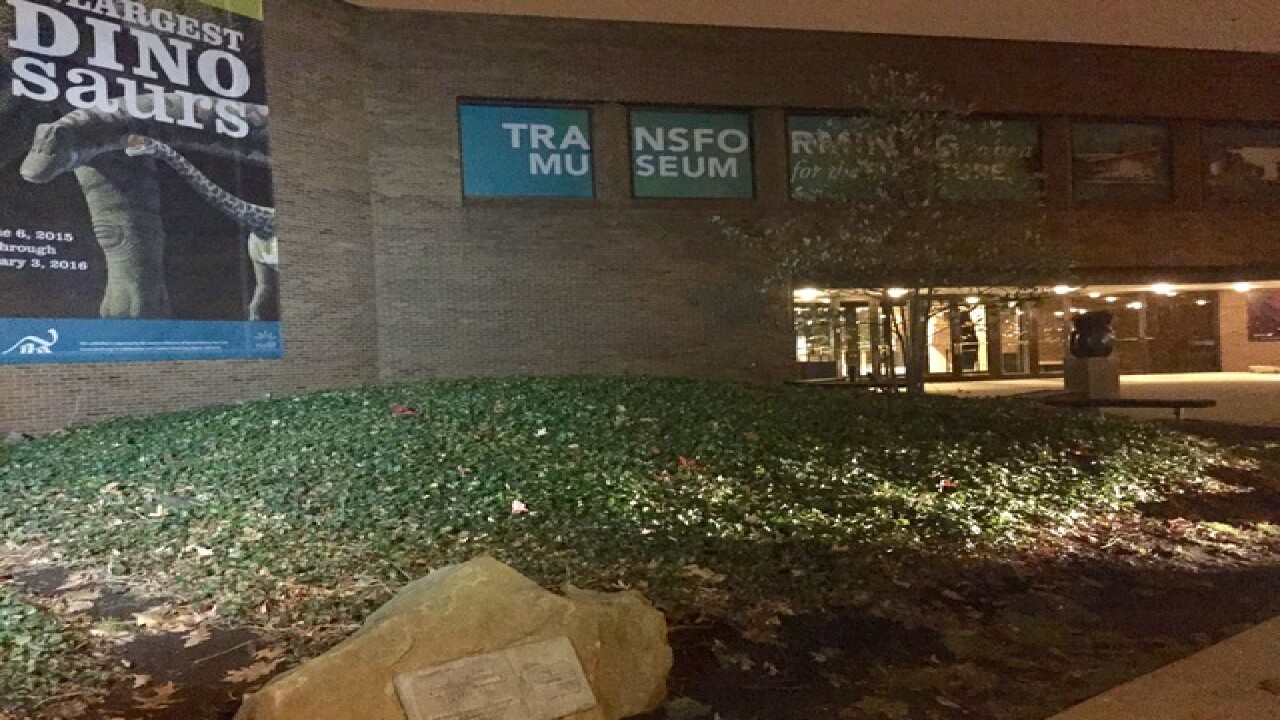 After a warrant was issued by Cleveland police, a museum theft suspect was arrested Friday by John Carroll University police.

Cleveland police reported Hans T. Wrage, 36, was the suspect arrested in connection to the theft of several gems from the Cleveland Museum of Natural History.

The gems from the Wade collection were discovered missing Dec. 3, the museum reported.

At 3 p.m. Friday, Cleveland police were on their way to pick up the suspect, who was still in JCU police custody.

According to the affidavit from Cleveland Municipal Court, Wrage smashed a display case and removed seven sapphires, valued at $81,100, from the Cleveland Museum of Natural History.

Cleveland police said Wrage was charged with vandalism and grand theft. The gems have not been recovered.

The museum released this statement Friday:

The Museum has been working closely with the Cleveland Police Department and the University Circle Police Department throughout the investigation into the December 3 theft. We were pleased to learn earlier today that an arrest has been made. We have no further information to release at this time since this is an ongoing investigation.

JCU.edu stated Wrage works in the department of physics at John Carroll and is a teaching and research support technician.

The John Carroll website states that Wrage received his Master of Science at Creighton University in Nebraska where his thesis was on measuring the x-ray florescence cross-sections of select are earth elements.

John Carroll told newsnet5.com Wrage is a part-time employee at the university and not a member of the faculty. He was placed on administrative leave pending the university's investigation of the allegations.