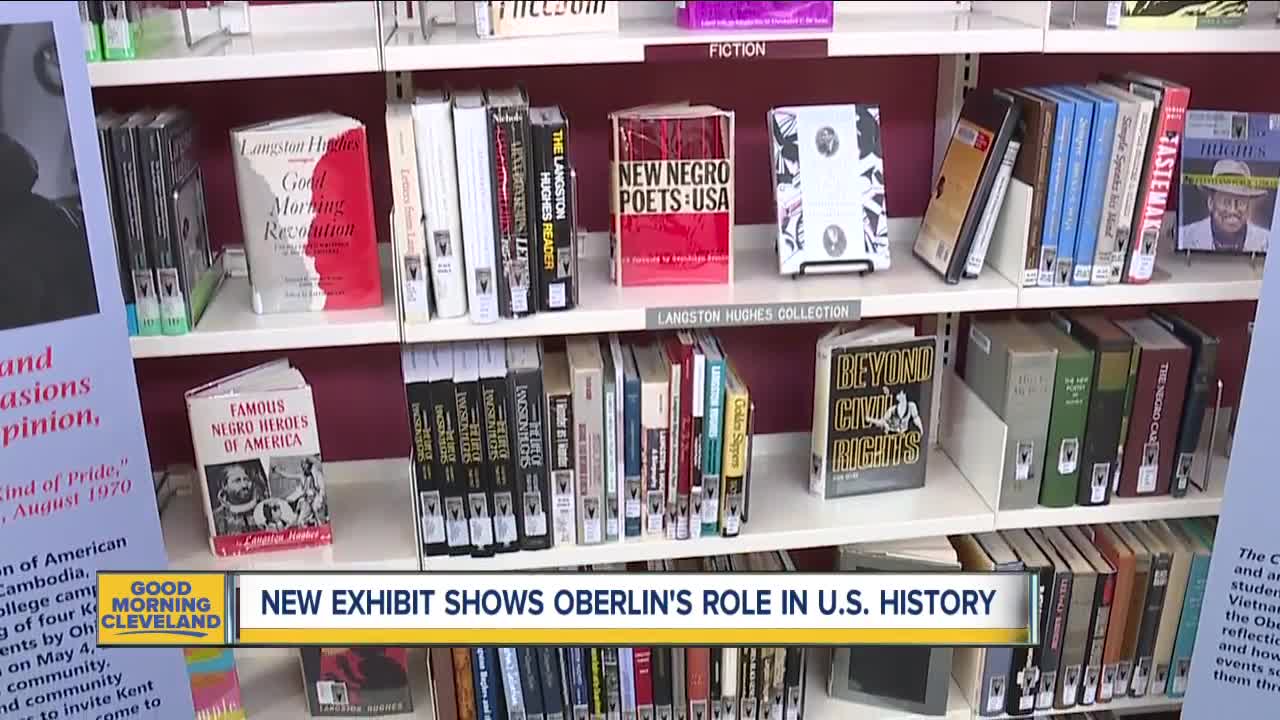 A new exhibit at the Cleveland Public Library is hoping to teach people about Oberlin’s contributions to American history. CLEVELAND — Reflecting on the past and looking towards the future.

A new exhibit at the Cleveland Public Library is hoping to teach people about Oberlin’s contributions to American history.

"If you don't know about your past, it's pretty hard to go forward,” said William Bradford, manager of the Cleveland Public Library’s Langston Hughes Branch.

"We want to try and enlighten our community the best we can,” Bradford said.

As people walk through the Langston Hughes Branch, Bradford is hoping the slides propped up around the building will propel them headfirst into a renewed perspective.

Each of the slides tell a story about how Oberlin became a "sanctuary" campus and community for people in need.

The city and college started its history of providing a safe space by first by helping slaves escape on the Underground Railroad. Then, by providing opportunities for Japanese-American students to attend college during World War II, and many others throughout history.

The project started as a digital collection online, but a grant let them to turn it into a traveling exhibit.

Bradford is an Oberlin alum, so through that connection, he was able to bring it to the library. He’s hoping it enlightens anyone who stops to take a closer look.

"What one of our missions is to bring that information to our patrons and to share that with the community as a whole, so they can benefit from that,” Bradford said.

The exhibit’s grand opening is Saturday at 2 p.m. The opening ceremony will consist of a meet-and-greet with the team responsible for the exhibit, refreshments, and live music.

It will stay at the library through the end of March.