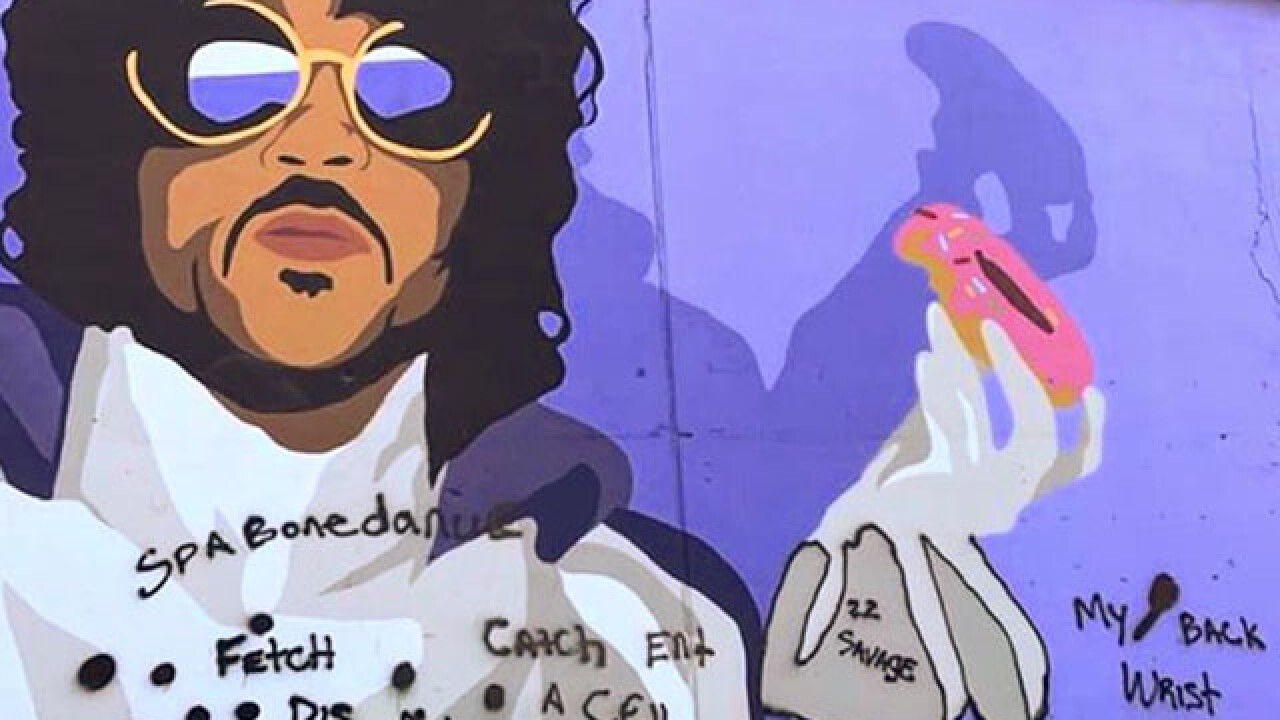 Copyright 2017 Scripps Media, Inc. All rights reserved. This material may not be published, broadcast, rewritten, or redistributed.
Glen Infante

It's one of Cleveland's famous backdrop for selfies and group photos—the mural of Prince eating a donut.

Drive around Ohio City and one can't help but noticed the large purple mural with the iconic Prince eating a donut on the overpass bridge near West 25th Street and Washington Avenue.

Now, the public is seeing more than just Prince on the wall after someone vandalized the mural with graffiti.

Glen Infante, the artist who painted the mural, discovered the graffiti after someone shared a post of the vandalism on his social media page.

Comments on social media showed that random strangers were willing to step up and offer help to repair the mural.

Ashley Shaw, the economic development and planning manager for Ohio City Incorporated, said there have been instances in the past where a mural was damaged from graffiti, but nothing on this scale before.

"We generally don't see our murals get tagged. The only thing that comes to mind is the W. 76th Street tunnel a few years ago in Detroit Shoreway," Shaw said.

Ohio City Incorporated has a budget for mural maintenance and will cover all the expenses to repair the mural.

"Luckily, Glen is a local so he will be able to repair his mural. If this happened to one of the murals that was painted by an international artist, we would hire a local artist to repair it.