Well, Ohio may not be at the very bottom of the barrel when it comes to Thrillist's rank of all 50 states - but it's pretty close to it.

The list puts Ohio at 48, and it blames LeBron's return.

According to Thrillist, we're the "Florida of the North," and, with Florida ranked as the worst state in the country, that's certainly no compliment.

But while this one opinion may have us turning to our friends with a "whatcha talkin' 'bout, Willis?" look, here's why we know at least Cleveland is awesome - which, by extension, makes Ohio awesome.

#1. Thrillist itself puts Ohio at #12 on a separate list that ranks every state by its beer. Of course, Cleveland is featured. How can you go wrong with a selection of great breweries, making us "one of the most formidable beer towns in the country"? So, you're welcome, Ohio, for putting this great state on the beer map.

#2. On another Thrillist list of every state ranked by its food and drink, Ohio sits at #24. And guess who's mentioned right in the first word of Ohio's description? Yep, it's us, Cleveland. Thrillist says we've been established as the Midwestern leader in the Rust Belt food revival. We can thank rock star chefs like Michael Symon and Jonathon Sawyer and the legacies of places like Swensons Drive-In.

#3. In 2016, Forbes named Cleveland as America's hottest city, and we know we've only gone up since then. And guess what? It names LeBron as a reason why. So take that, Thrillist. Forbes also nodded to our great sports (Browns excluded, obviously), great restaurants (we know, we know) and the revitalization of this "underdog" city.

#4. We have the second largest theater district in the United States, only to New York. Playhouse Square attracts more than one million guests every year, and you can always find a play or musical to go see.

#5. A Christmas Story House. Because who doesn't love Christmas? The house even has it's own LEGO version, which you may see sold in stores soon.

#6. It's cheap. We have a low cost of living and we like it that way. According to GO BankingRate, Ohio is the second-most affordable state for millennials to buy a home. Look at all these amazing things we have that we can actually enjoy (beer, restaurants, Playhouse Square), because we don't pay a ridiculous amount of money to put a roof over our heads.

#7. We get all four seasons. And despite the fact that, yes, winter can be a little overwhelming sometimes, it's still pretty. And so are spring, summer and fall.

#8. Some cool movies were filmed here, including The Avengers, Spider-Man 3 and Captain America.

#9. You can have tons of fun downtown and in the surrounding neighborhoods (which are all really cool), but you can also find yourself enjoying nature on one of the many amazing hiking trails around Cleveland.

#10. We have a national park. The Cuyahoga Valley National Park is just a half-hour south of Cleveland, and it's 33,000 acres of rock formations, beautiful waterfalls and trails.

#12. The New York Times recently called the Cleveland Orchestra one of America's best.

#14. We literally invented Rock and Roll. In 1951, disc jockey Alan Freed began playing the music style which he coined - and we now know to be - rock and roll.

#15. Coventry Village, a.k.a. our own little hippy-ville.

#17. West Side Market in Ohio City is Cleveland's oldest market with 100 vendors offering meats, sweets, produce, flowers, ready-to-eat items and so much more. And Ohio City is a great place to try lots of the great food and beer - just some of the things that make Cleveland so great.

#19. So are fictional characters, like Ted Mosby. And Superman was created by two high school students living in Cleveland. 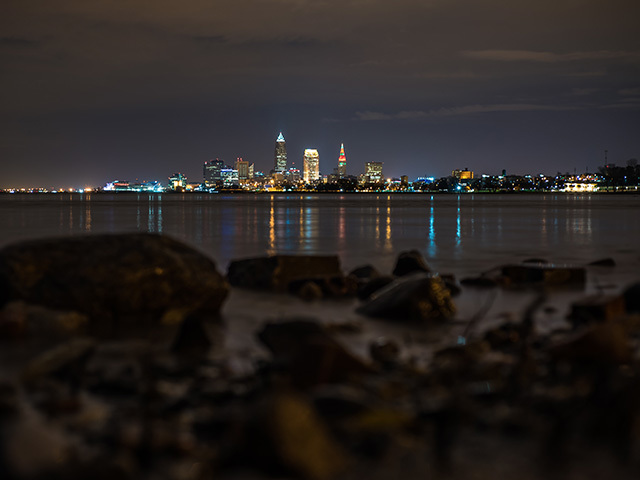