A police chase of a shooting suspect in Cleveland early Friday morning ended with a crash on Union Avenue just after 1 a.m.

According to Cleveland police, they were called for the report of a man threatening to shoot into a house. Police said that when officers responded they witnessed a man shooting into the home. The location of the home was not disclosed. The suspect jumped into an SUV and took off with Cleveland police in pursuit.

The chase only lasted a minute or two before the driver hit a pole at East 76th Street and Union Avenue. The suspect that police believed was doing the shooting jumped from the SUV and attempted to run but officers were able to take him into custody. 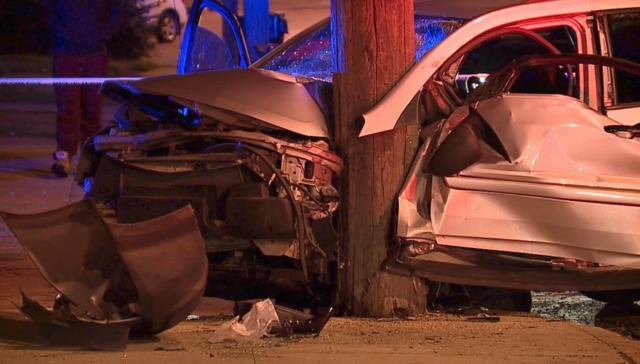 The driver was partially ejected and trapped in the car. The front seat passenger was also injured.

Cleveland firefighters worked for about 25 minutes to cut the driver from the SUV. The driver was alert and talking during the entire extrication process. 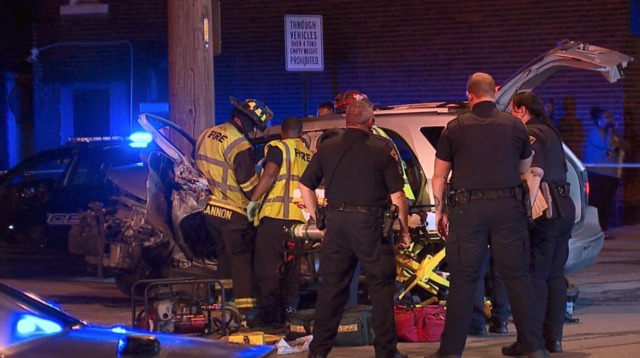 All three men were taken to local hospitals before likely facing a number of charges.

No one was injured in the shooting and no other cars were involved in the crash.