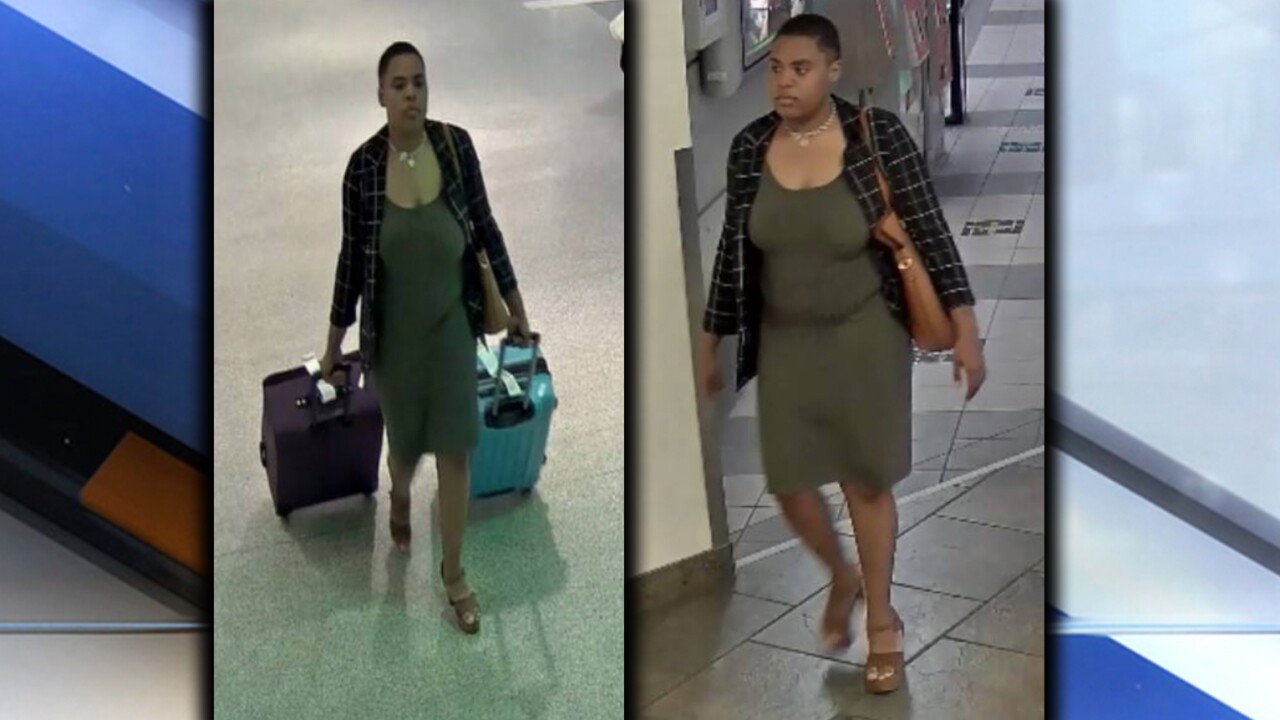 CLEVELAND — Police are looking for a woman who allegedly stole someone's luggage from Cleveland Hopkins International Airport earlier this month.

According to Cleveland police, the theft happened on Oct. 1.

The woman is described as being about 30 years old with short-cropped hair. She was wearing a green dress, dark plaid coat and carrying a brown purse. She also had on brown platform shoes and was wearing a gold or yellow necklace, according to police.