Records indicate no out-of-state arrests made during destruction on Saturday, despite claims by city 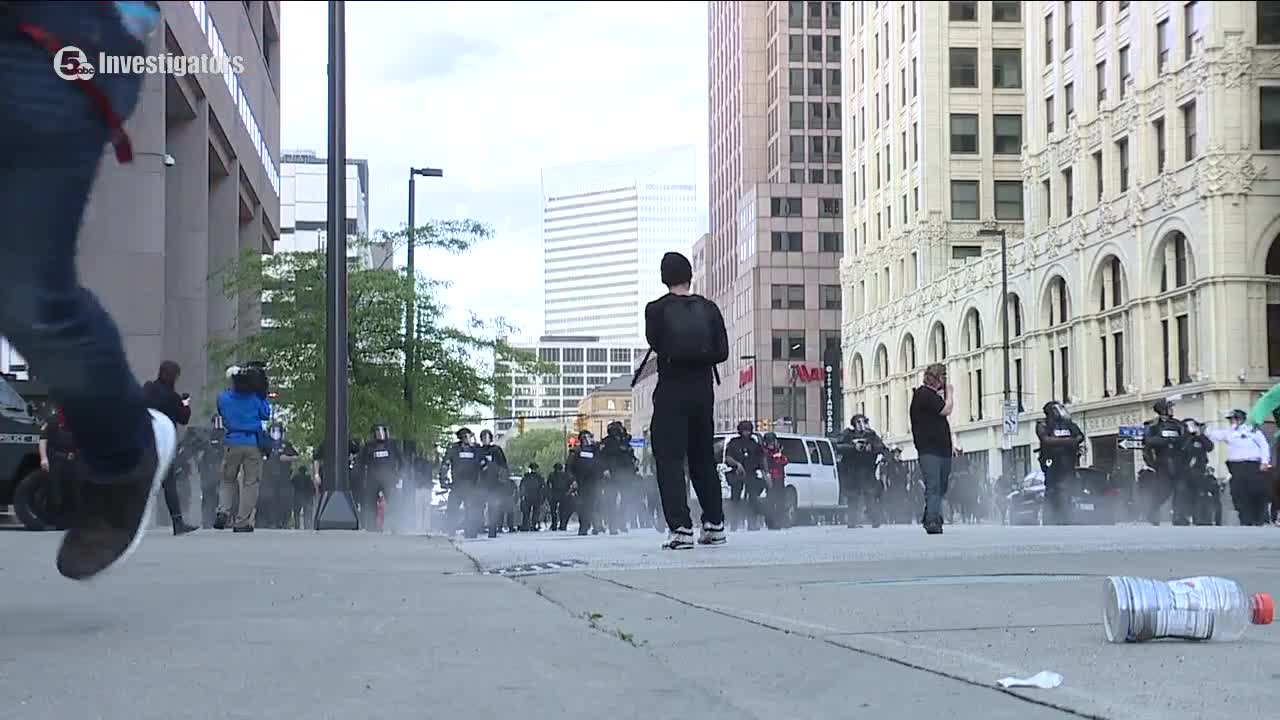 Out of State Protesters CLEVELAND — Early Sunday morning, just after the damage and destruction that swept the city after a group of agitators broke away from a peaceful protest in Cleveland, city leaders blamed some, if not most, of the crime on people from outside the state. Our 5 On Your Side investigators obtained a list of everyone booked into the jail and found none from out of state.

In statements made in a Facebook Live, Chief of Police Calvin Williams said that the arrests made were of people not from Ohio and blamed the destruction of storefronts and businesses on outside forces. “There were arrests from yesterday that were not from inside the state of Ohio. We’re still investigating that with our partners to kind of run down where these folks are actually from and we’re going to take the investigations wherever they go,” Williams said.

But the list obtained by News 5 investigators shows that all 120 people booked into the Cuyahoga County Jail on Saturday and Sunday had listed Ohio addresses, most from Northeast Ohio.

News 5 investigators listened in on arraignments for those charged with rioting and breaking into businesses, and all who were charged were from Cleveland or surrounding cities, including Shaker Heights, Parma, Stow and Elyria, contradicting the statements made by city leaders Sunday.

The claims of non-Ohioans coming into Cleveland and rioting in the city were also met with denials from city leaders that they were unprepared on Saturday. They also stated their belief that the violence was not spontaneous.

Both Williams and Jackson defended the city's preparedness ahead of the scheduled demonstration, which was organized to protest police violence and the death of George Floyd who died in police custody in Minnesota.

“There were a ton of people inside the city that were definitely not just from the city and also not from the state itself,” Williams said.

News 5 has requested reports from the city or Cleveland Police Department to back the claims of the out-of-state agitators but have not heard back at this time.