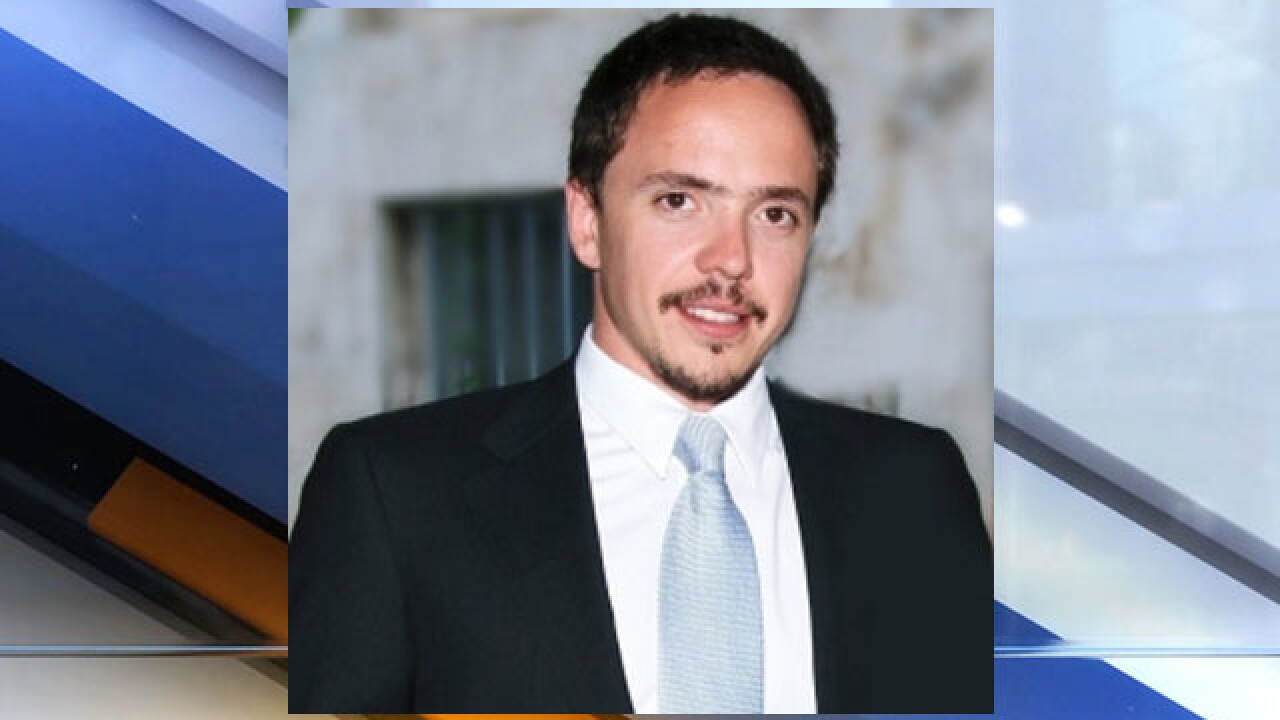 Copyright 2018 Scripps Media, Inc. All rights reserved. This material may not be published, broadcast, rewritten, or redistributed.
<p>Socrates S. Kokkalis. Promotional image from the website for the <a href="http://www.olympiacos.org/en/member/1853/socrates-s-kokkalis">Olympiacos football club.</a></p>

The son of a Greek billionaire was found dead Saturday at a downtown Cleveland hotel. Police said they discovered a baggie of what they suspect is cocaine mixed with fentanyl inside the hotel room.

Socrates S. Kokkalis, the 34-year-old son of tycoon Socrates P. Kokkalis, was found dead at the Cleveland Marriott Downtown on Saturday night, authorities and a police report confirmed. A cause of death has not been determined by the medical examiner's office, but the police report states that a drug overdose is suspected. The medical examiner told News 5 that Kokkalis' death was "untimely."

Police responded to the hotel at about 2:25 p.m. Saturday. First responders estimated that Kokkalis had died about 12 hours before.

The report from Cleveland police states an officer found a baggie containing about a gram what they suspected to be cocaine mixed with fentanyl on the T.V. stand in the hotel room.

Police interviewed the last two people to see Kokkalis. A business partner told police he last saw Kokkalis after dinner the previous evening at about 10:15 p.m. while the business partner was getting off the elevator to go to his suite for the night. The other person interviewed said he last saw Kokkalis exiting the elevator the previous evening after dinner.

Greek news agencies are reporting that Kokkalis was in Cleveland on business; the Capital reported that he was meeting with regulators regarding a sports betting project.

Kokkalis was the vice president of the Greek Olympiacos football club.

A statement provided to CNN Greece by the Kokkalis Foundation translates to: "The Kokkalis family, with deep sorrow, announces the sudden death of Socrates S. Kokkalis, 34, during a business trip to Cleveland, USA, Saturday July 14, 2018".

Kokkalis was also on the board of directors of Intralot Interactive, a Greek gambling technology company.

Socrates P. Kokkalis, the father of the deceased, is the founder and largest shareholder of Intracom Holdings, one of the largest multinational telecommunications and technology companies in Europe.