Veterans who worked for NASA honored at Glenn Research Center 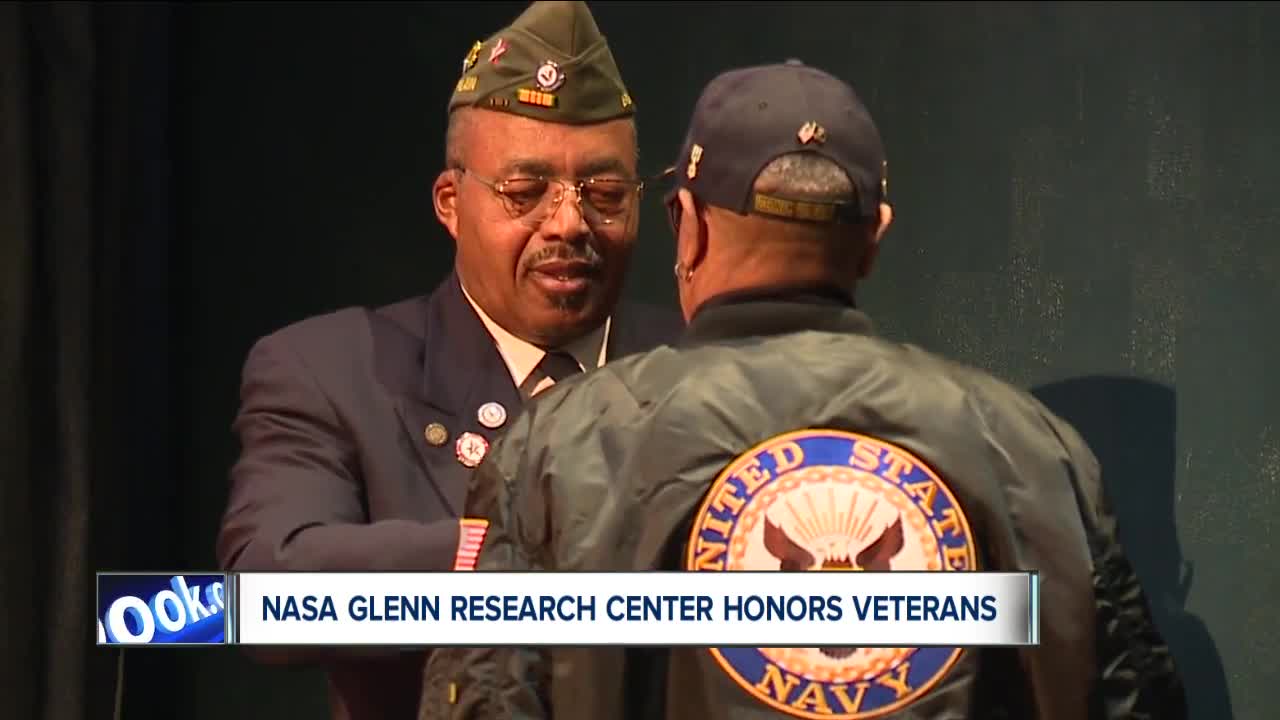 The facility had a special ceremony Wednesday to honor all of the veteran's who have worked there.

CLEVELAND — The NASA Glenn Research Center held a special ceremony Wednesday to honor all veterans past and present who work or have worked at the facility.

Fifty-five veterans were recognized. Each veteran had their name called and then received a card with a piece of an American flag attached to it. They also received pins that said, "No veteran walks alone."

The facility will hold a second ceremony on Veterans Day.

Colors were presented by the Daughters of the American Revolution.