Volunteers in Cleveland modify toys for children with disabilities 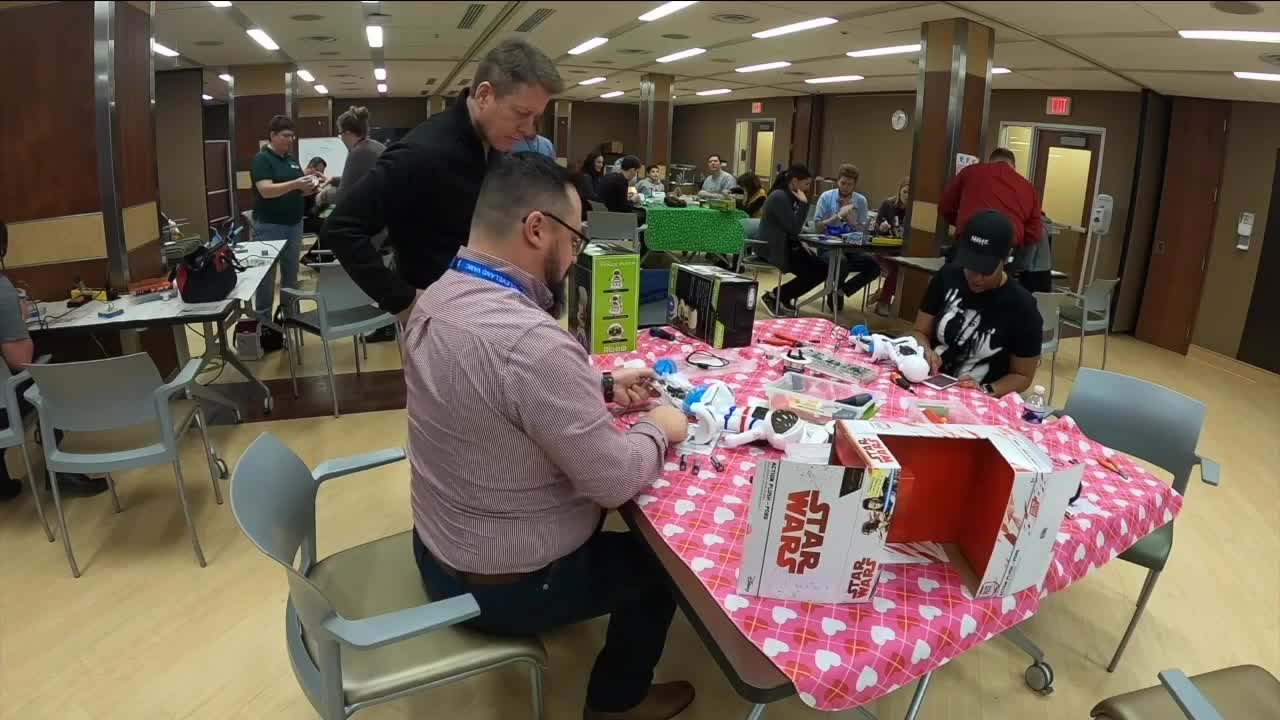 A group of Santa's helpers were hard at work Friday afternoon to make sure children with disabilities don't miss out on a fun Christmas morning. CLEVELAND — A group of Santa's helpers were hard at work Friday afternoon to make sure children with disabilities don't miss out on a fun Christmas morning.

The team of volunteers at the Louis Stokes Cleveland VA Medical Center are making spirits bright by breaking down barriers.

The center’s recreation room was transformed into a toy workshop where popular Christmas gifts got a makeover during the RePlay for Kids event.

"I'm doing something good for other people," said Ethan Timar, a volunteer at the center.

"Solder different wires so that the people with disabilities can do it because they can't move the switch, they can push a bigger button so they can do it easier," Timar said.

The modifications ensure all children can get in on the fun.

"I hadn't really thought much about how a child with a disability may or may not be able to enjoy a Christmas gift or a birthday gift or just a toy on any given day because they can't use it so this is definitely an eye opener for me," said Farrah Howard, another volunteer.

So far this year, RePlay for Kids has hosted more than 140 of these workshops.

"We bring the toys and tools and instructions to wherever their location is, so it's pretty easy to do," Bill Memberg said.

Memberg, a biomedical engineer, came up with the idea 30 years ago.

"There was an ad in the Plain Dealer from the Cuyahoga County Board of Disabilities," Memberg said.

The agency was asking for help repairing broken toys and electronic devices.

"So, it sounded like a fun activity, and I had some time available," Memberg said.

This year, RePlay for Kids has already handed out 1,900 adapted toys.

"It's really giving me an extra boost basically because I know I am putting some smiles on people's faces and I'm kind of amazed that I'll be able to do it," Howard said.

Grants and donations keep the toys flowing, with thousands of volunteers stepping up to put in a little elbow grease.

"They like having the rewarding feeling that they're helping a child get access to something they didn't have before," Memberg said.