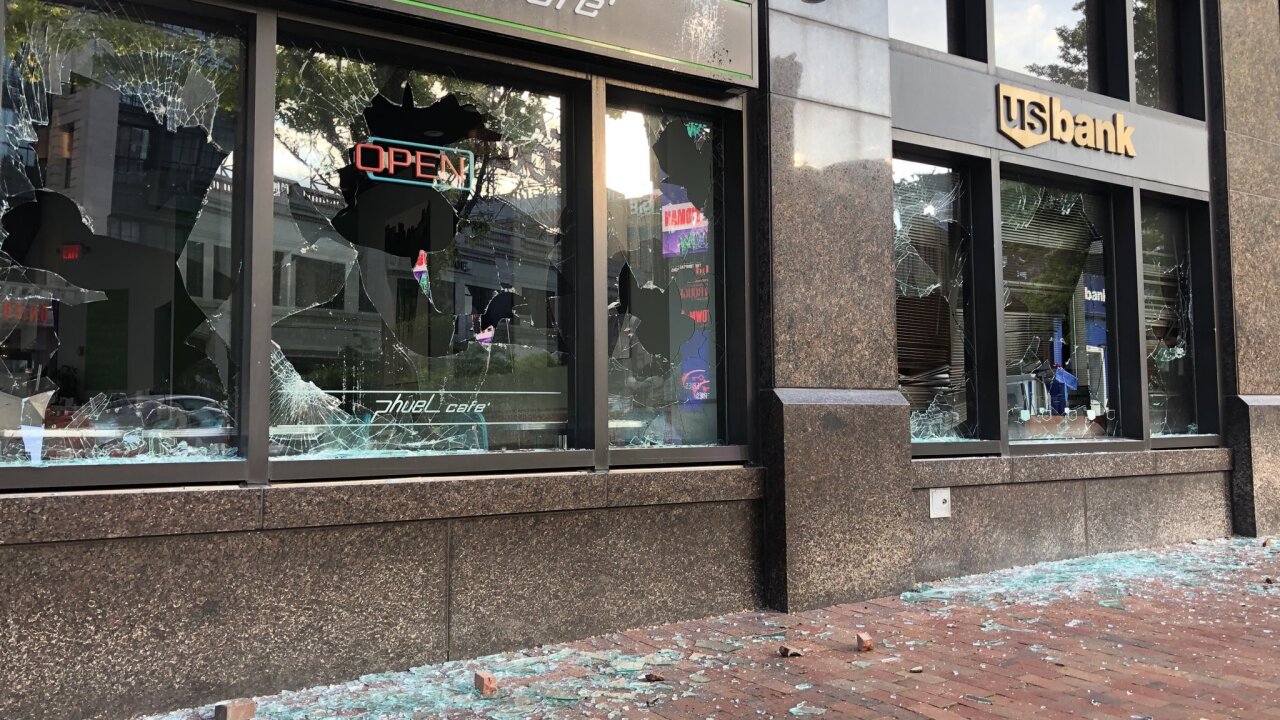 CLEVELAND — After vandals destroyed beloved Cleveland businesses along Euclid Avenue from Playhouse Square to East 4th Street, residents who call downtown home are coming together to clean up the mess left behind.

According to a tweet from Downtown Residents, anyone who can is asked to meet at the Soldiers and Sailors Monument Sunday morning at 10 a.m. to help clean up the damage from Saturday night. The time was moved up due to the mayor's curfew, which starts at noon.

Tomorrow at 11 a.m. at the Soldier's & Sailors' Monument we are looking to organize some of our amazing members, neighbors and friends to help clean up the damage created tonight.

IF we feel we must postpone for everyone's safety we will put out a post at 9 a.m. pic.twitter.com/5ceumBDHJR

After peaceful protests turned violent and destructive, the city of Cleveland enacted a Proclamation of Civil Emergency in the city due to civil unrest, with a curfew set in the downtown and central businesses area beginning at noon until 8 a.m. Monday. To know how the protests went from peaceful to violent, read more here.

On Saturday, Gov. Mike DeWine granted a request from Cleveland Mayor Frank Jackson and Cleveland Police Chief Calvin Williams to activate the Ohio National Guard to assist in responding to incidents of violence during demonstrations within the City of Cleveland.

As is the case in Columbus, it is believed to be a relatively small group of violent individuals who are drowning out the voices of the many citizens who are peacefully expressing their desire for justice and change. "In this time of deep anger, sadness, and frustration, we stand with those who are expressing their First Amendment rights, but we will not stand for those who wish to inflict pain and cause destruction," DeWine said.