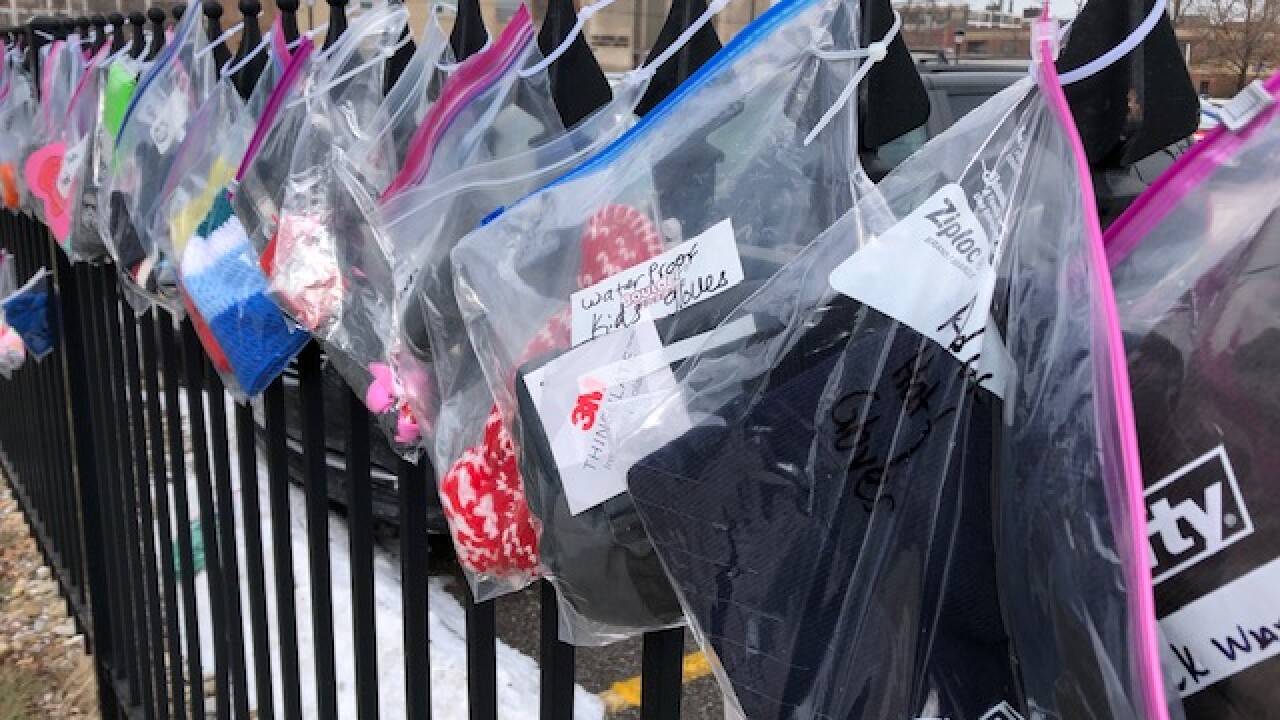 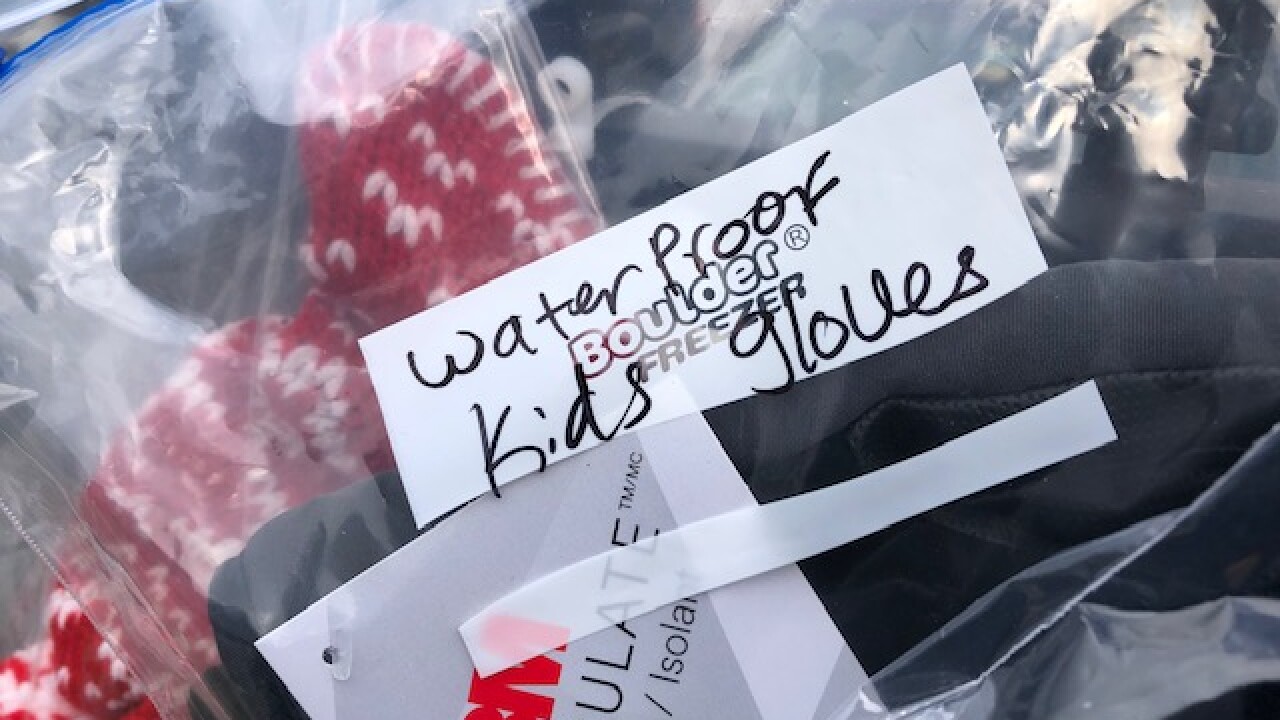 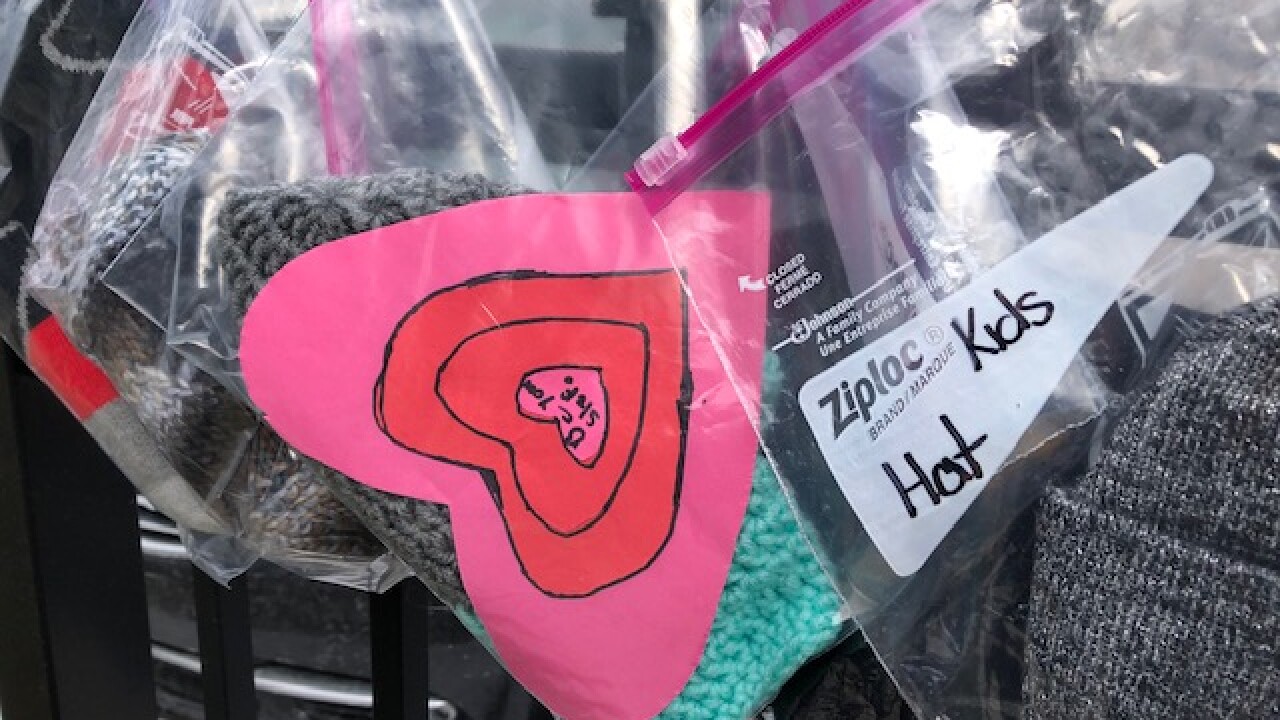 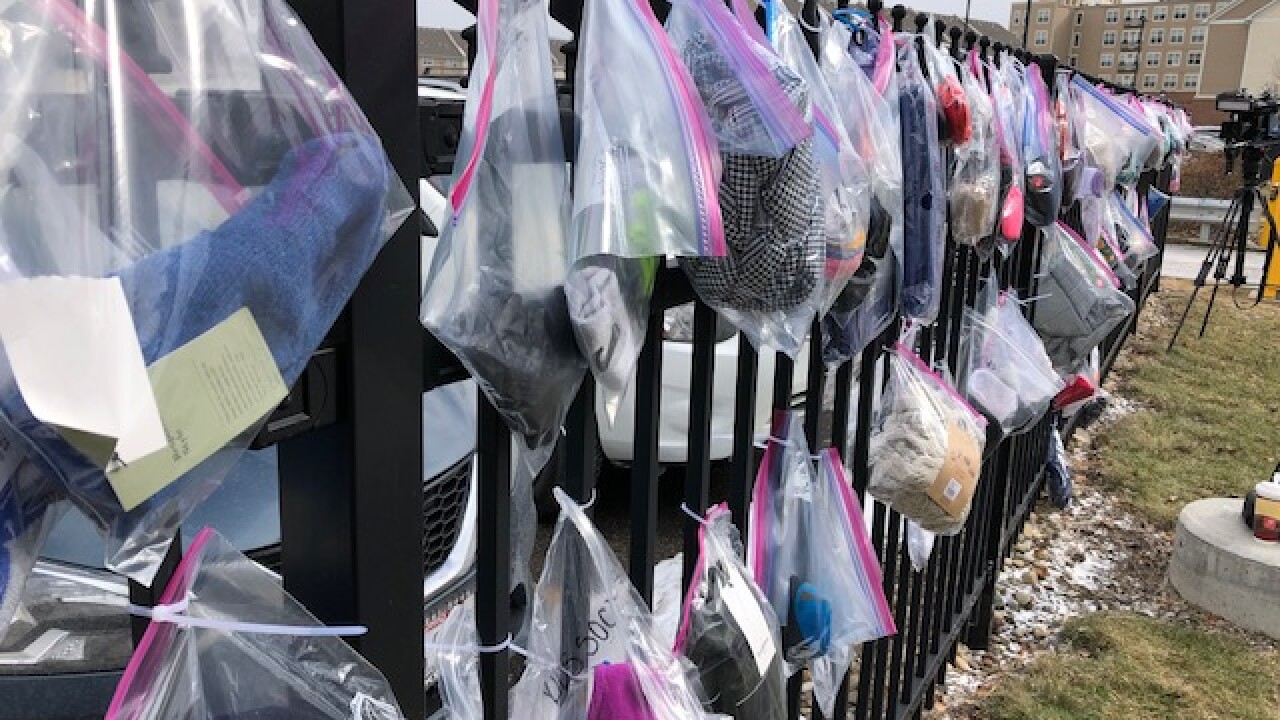 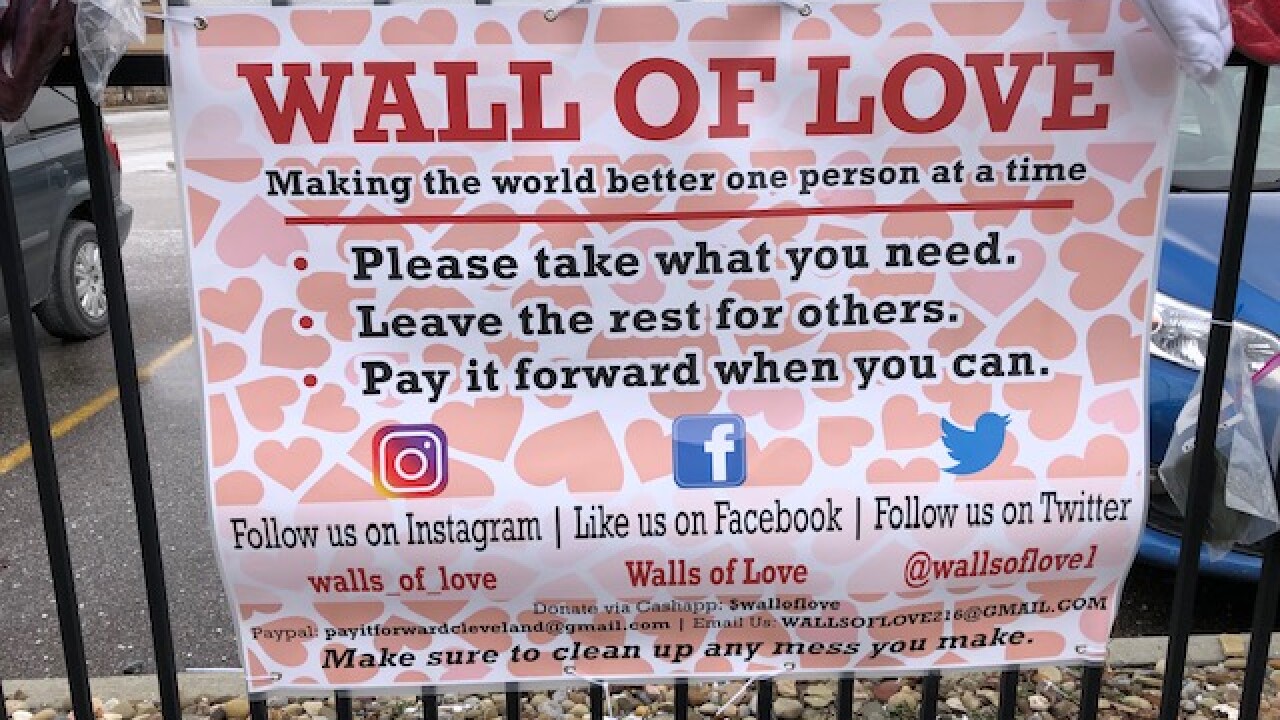 The "Wall of Love", located at 2160 Payne Avenue on the grounds of Cleveland State University, is in partnership with Cleveland resident Holly Jackson who began the project after falling on hard times herself.

Since November, she has put up about three dozen walls in Cleveland area, including some that have been restocked.

On the wall are Ziploc bags with hats, scarves, gloves and socks, along with tarps that the homeless can use to take shelter.

The project aligns with the school's model on making a difference in the world. The "Wall of Love" has filtered across grade levels with some teachers incorporating a clothing drive in their classroom.

Jackson starting putting up the walls to help people who do not know where to turn to for help, are too embarrassed to asked or just refuse to do so.

For those who want to help, she asks everyone to not leave donation at the wall, but instead to contact her. All items should be placed in plastic zipped bags to prevent damage.