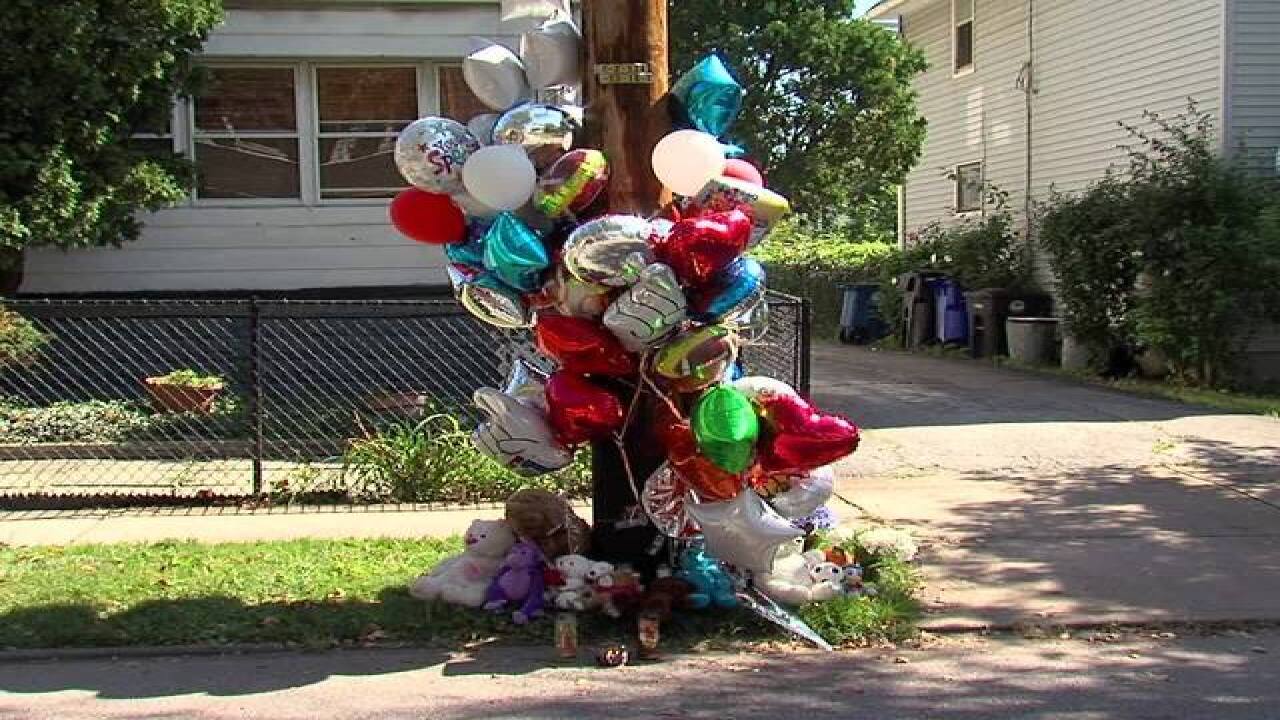 A witness to the murder of a 3-year-old who was shot on Cleveland's east side Tuesday called gunshots "normal" in his neighborhood.

"It's Cleveland. You're going to hear a lot of gunshots ... but to see a little boy get hit or a female get hit, that's just different," said a neighbor.

Major Howard was in a car on E. 113th Street in Cleveland at around 7 p.m. Tuesday when a car drove by and fired shots out the window.

Police have "persons of interest" in the shooting, they said Wednesday, but charges have not been filed.

Major's family members mourn his life and are calling for justice in his death.  Balloons, stuffed animals and signs attached to a telephone pole mark the spot where Major was killed.

Major's death comes less than two weeks after a  5-year-old boy was shot and killed in another drive-by shooting in Cleveland .

Community leaders are working with the Cleveland Police Department to host a series of talks about the recent violence. The discussions will take place at five Cleveland rec centers, all scheduled for 11 a.m. on Saturday.

Meanwhile, one Cleveland mom is organizing a march of her own. The "Save our children: All city mom march" is set for Saturday at 3:00 p.m. starting at E. 88th St and St. Clair.

Ashley-Nicole Wright is the mother of a 6-year-old boy. She is calling on other young moms to march with their children to the coroner's office in University Circle. Participants are encouraged to wear white T-shirts.