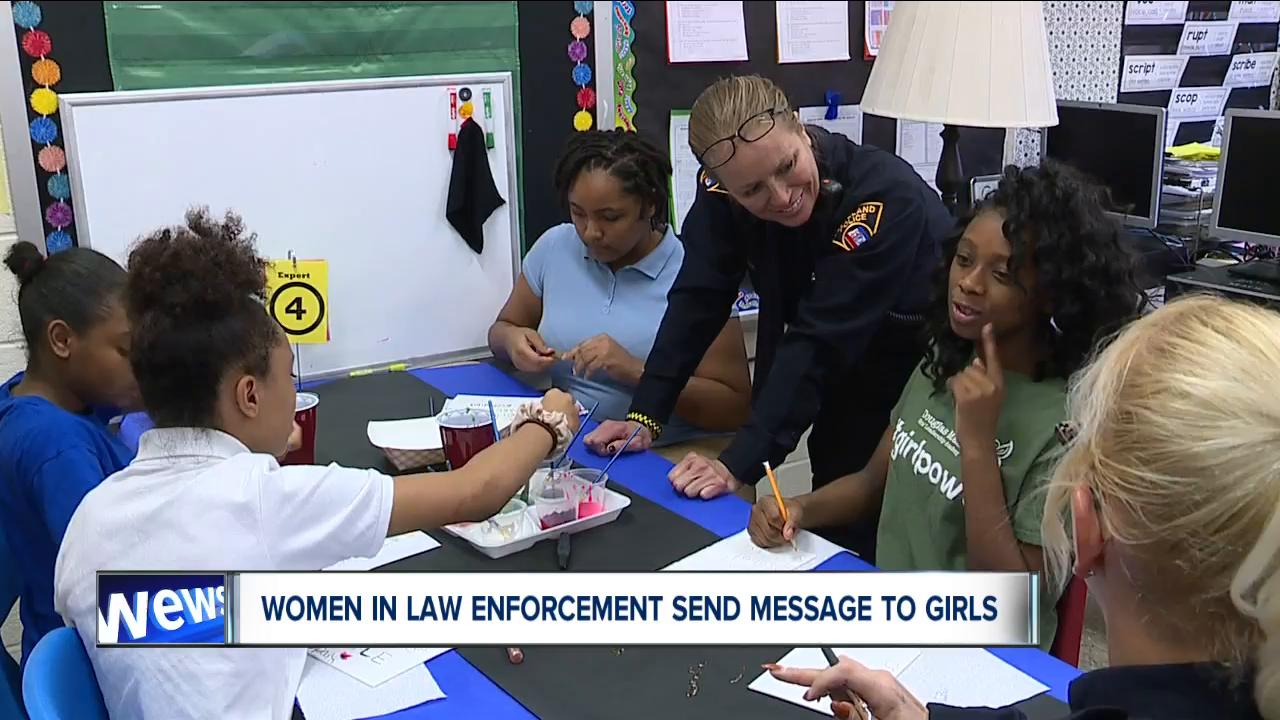 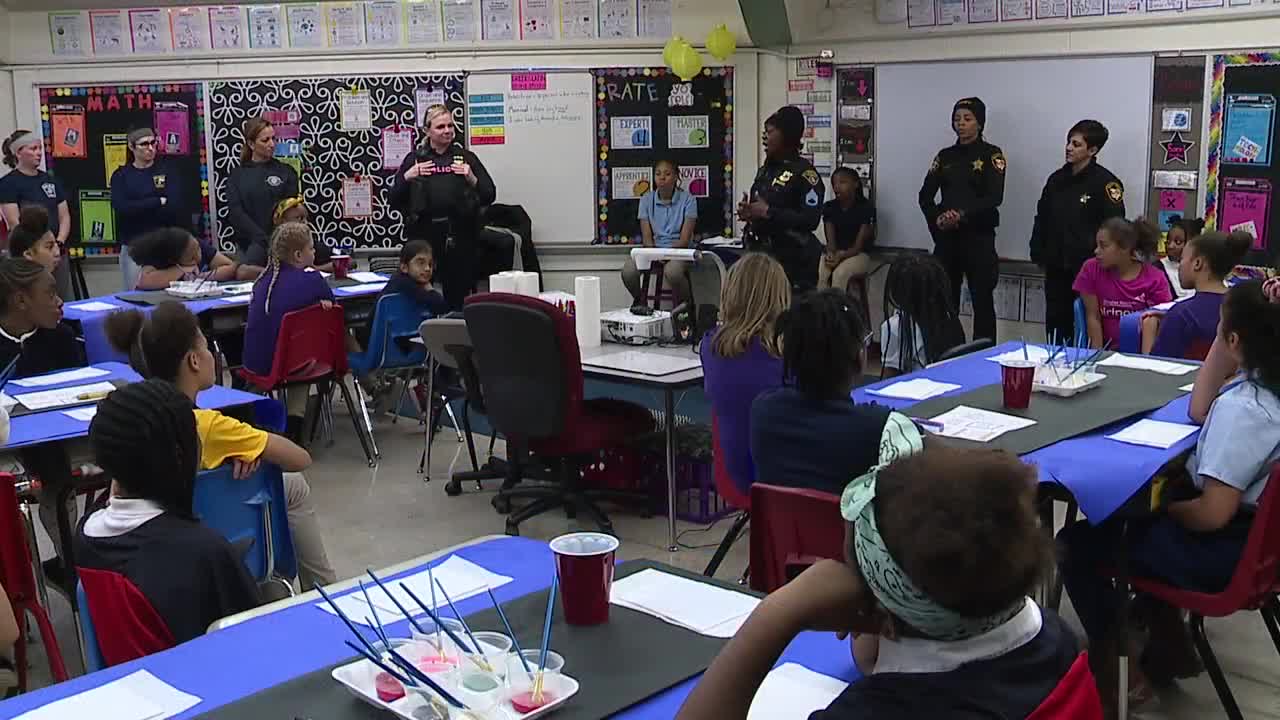 Among the women who talked to girls at Douglas MacArthur Girls' Leadership Academy were:

There were 42 fifth graders who spent time with the law enforcement officers.

After the girls heard the officers speak, they spent time with the students and asked them what they liked about themselves. The girls then took their words and turned them into works of art by painting those words on canvass.

"If some people are falling down, they just have to remember this in the back of their head and think 'I can do it,'" said Nevaeh Green, a student at the school.

Sea of Blue, a non-profit organization, planned the event to empower the young women.

"It's okay to empower each other. All the women here have empowered each other to get where they want to be," said Mary Jo Graves from Sea of Blue.

Watch News 5 photographer Bob Fenner’s story about this event in the video player above.