Workers terrified after Mr. Hero robbed at gunpoint three times in one month 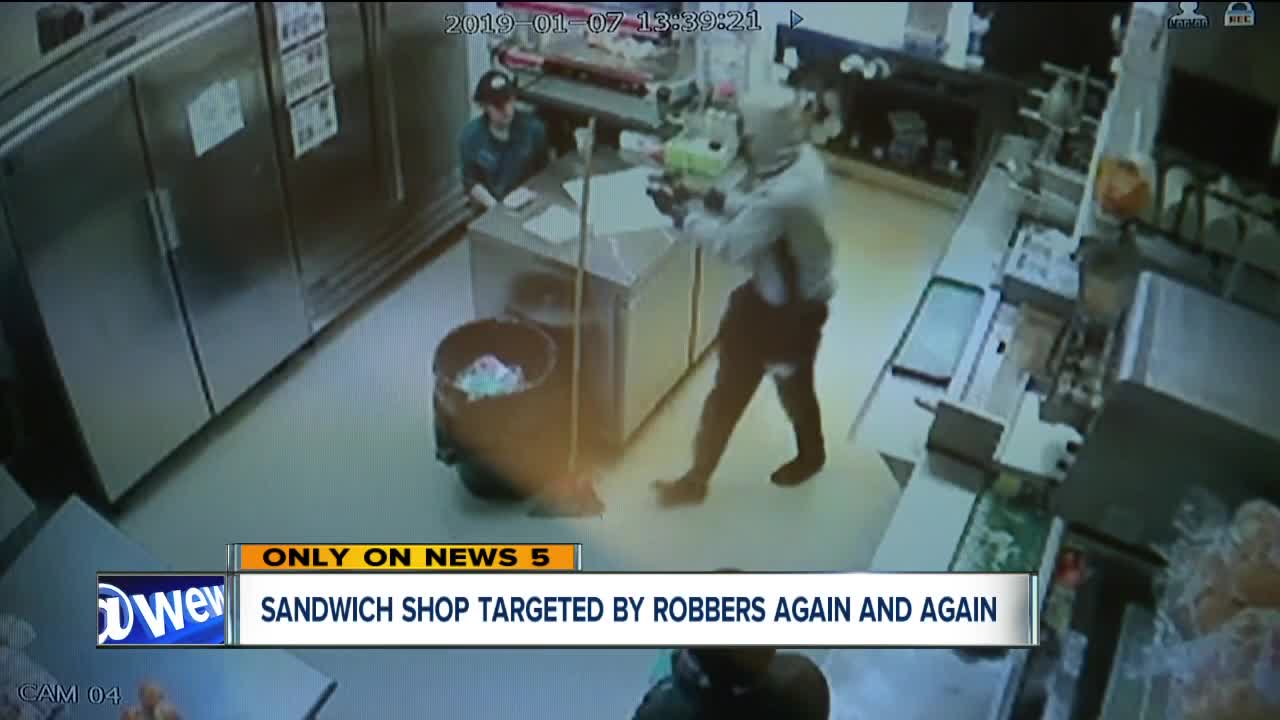 Three brazen armed robberies in one month has workers at a fast food restaurant in Cleveland scared for their lives. 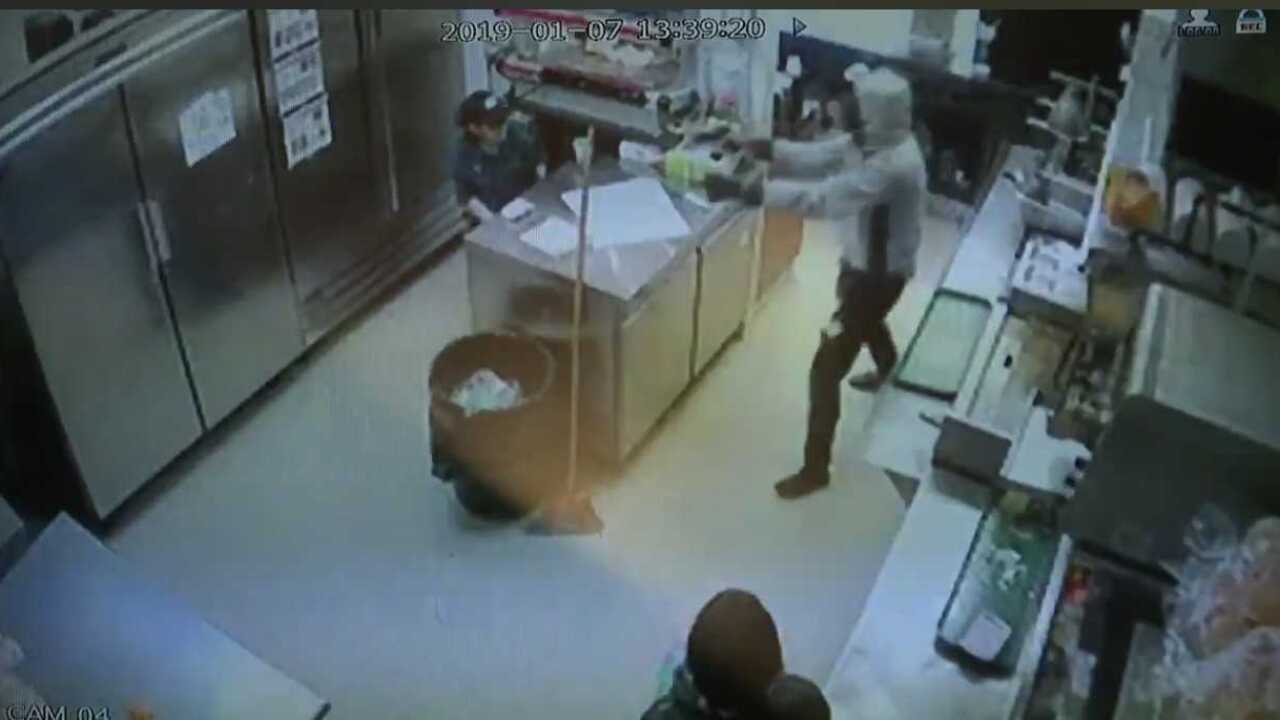 CLEVELAND — Three brazen armed robberies in one month has workers at a fast food restaurant in Cleveland scared for their lives.

The robberies are happening at the Mr. Hero on W. 130th Street — the latest occurred on Monday just before 1 p.m.

The owner, Alpana Patel, and another employee were working in the sandwich shop when two young men were seen on surveillance video jumping over the counter, pointing guns.

One forces Patel to open the register and grabs all the cash, while the other is in the back, beating the employee to take her cell phone and purse. Seconds later, the two run out the front door and to the side of the building.

The first incident happened in early December, when three young men are seen on video with their guns pointed, robbing the place. The second happened on Jan. 4, when one lone man came in with a gun. The third occurred on Jan. 7.

Patel and her employees were so shaken up from the latest incident, the restaurant remained closed Tuesday morning. They said it is the only thing running through their minds at work all day.

Patel has cameras installed all over the shop and has recently installed a buzzer for the front-door so that it can only be opened by an employee inside. She said she is at a loss for what to do next, losing sleep and losing business.

Cleveland police are investigating and have surveillance video from all three incidents. If you have any information, you’re asked to call police.