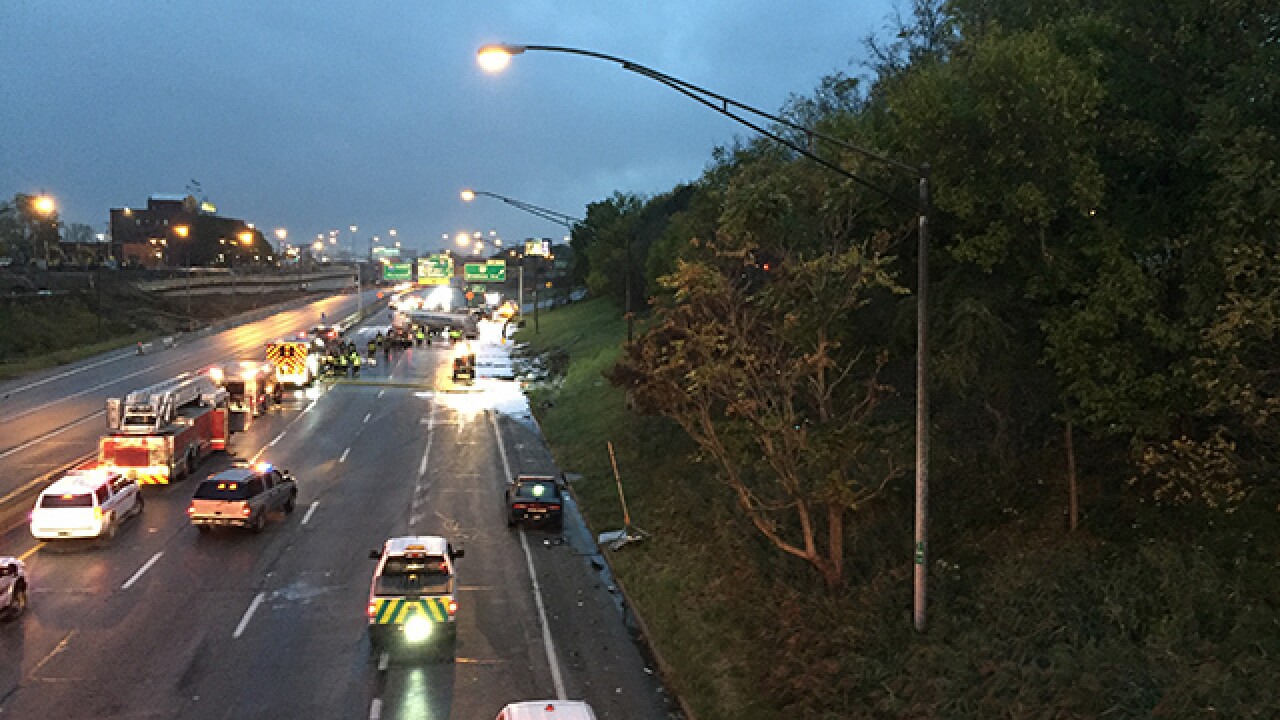 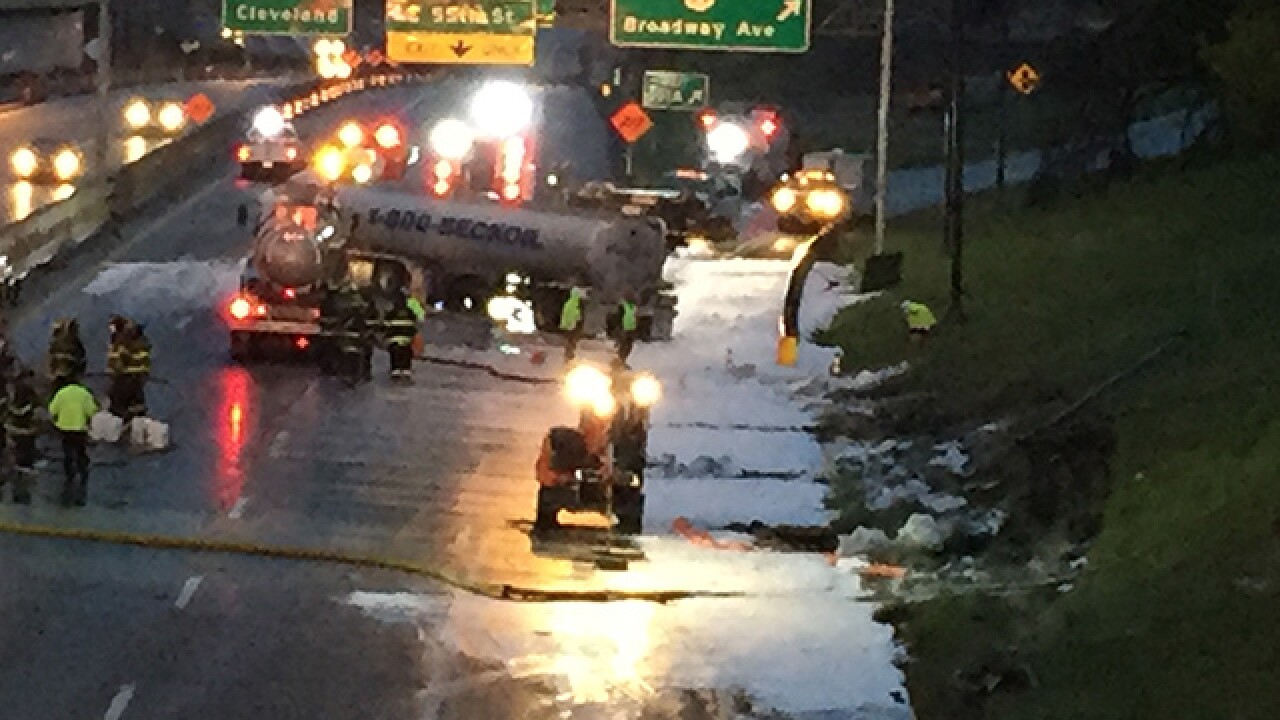 One person was killed and another person was taken to the hospital early Sunday morning after a wrong-way driver caused a four-car accident involving a tanker truck, according to Cleveland Fire.

RELATED: Driving danger: How some states are curbing wrong-way crashes

The crash happened just around 3:15 a.m. on I-77 North near the Broadway Avenue exit. Police say a 2007 Chevrolet Trail Blazer was driving southbound in the northbound lane of I-77 and collided head-on with a 2017 Volvo, Semi-Tractor.

The driver of the Chevy, Mark Anthony Sturtevant, 43, of Cleveland, was pronounced dead at the scene, according to the Cuyahoga County Medical Examiner's Office. EMS officials said one woman was taken to MetroHealth Medical Center in stable condition following the crash. The driver of the semi did not complain of any injuries.

According to Cleveland Fire's verified Twitter account, the tanker truck attempted to swerve off of the highway to miss the wrong-way driver.

The fire department also said 500 gallons of fuel spilled onto the highway following the accident.

I-77 northbound was closed at the Broadway Avenue exit for several hours. Two lanes reopened at 8 p.m. Sunday. The rest of the highway was expected to open at 9 p.m.