Cleveland Police Department reeling after losing 2 of their own 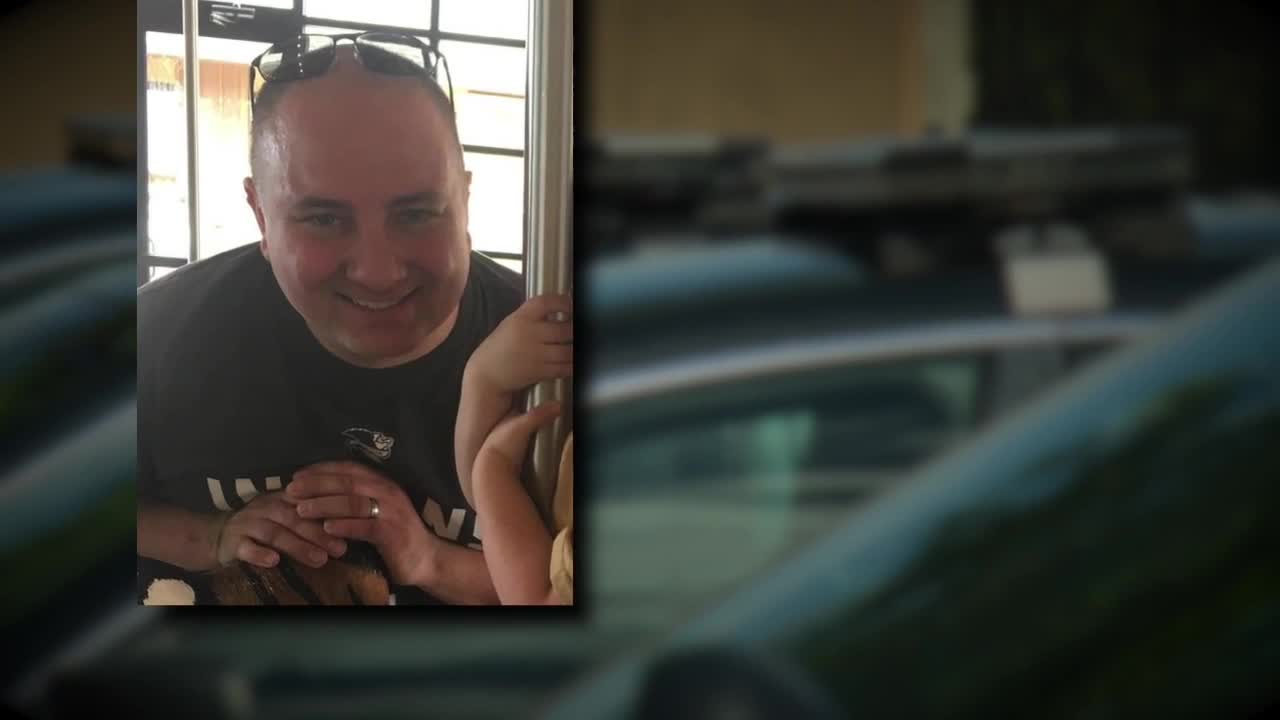 As if one tragedy isn’t enough, the Cleveland Division of Police is reckoning with two of them. Just hours after veteran detective, James Skernivitz, was shot and killed in the line of duty, a family member found the body of Officer Nick Sabo, 39, dead of an apparent suicide. 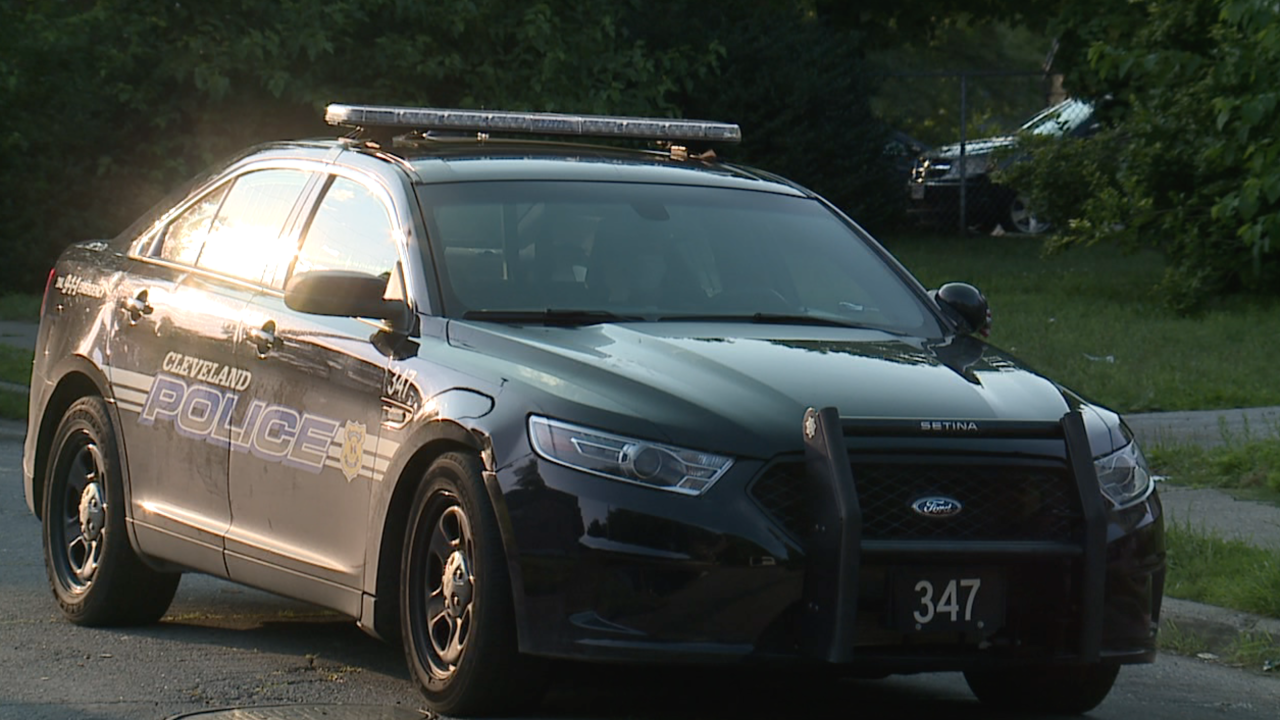 CLEVELAND — As if one tragedy isn’t enough, the Cleveland Division of Police is reckoning with two of them. Just hours after veteran detective, James Skernivitz, was shot and killed in the line of duty, a family member found the body of Officer Nick Sabo, 39, dead of an apparent suicide. Sabo was a patrolman in Cleveland’s fourth district. While tragic in its own right, Sabo’s death underscores the troubling trend of an increasing number of first responder suicides nationwide.

"We are in shock of the news of the passing of Officer Nick Sabo,” Follmer said. “He was a great officer and friend. Our hearts are heavy today with the amount of loss we are feeling."

At a virtual press conference Friday afternoon, a visibly distraught Cleveland Police Chief Calvin Williams remarked on the unspeakable tragedies the department is dealing with.

“I don’t think anybody out there can really understand what the division is going through. The loss of an officer in the line of duty, especially to violence, is a terrible tragedy, but two officers in one night is really bad,” Chief Williams said as his voice trembled. “Nick came to us later on in life from outside Cuyahoga County, down near Columbus, as a lateral transfer to the division. He was a person that wanted to work in the city of Cleveland. We appreciate that. Nick took his own life. We’re saddened by that and we’re trying to get to the bottom of why.”

Sabo is at least the second Cleveland police officer to take their own life in 2020. Chief Williams said the division is looking into what may have prompted Officer Sabo to take his own life.

Steve Click, the first responder liaison for the Ohio Dept. of Mental Health and Addiction Services, spent more than three decades at Ohio State Highway Patrol. He too has experienced the aftermath of a colleague’s suicide.

“The people that are left behind are left wondering what did we miss?” Click said. “For Cleveland to lose two officers in 24 hours… this is particularly rough on a department.”

Click, whose focus at Ohio MHAS is to help create and raise awareness of toxic stress among the state’s first responders, said law enforcement in Cleveland and Northeast Ohio in general have access to a multitude of programs within their respective departments, as well as on the county and state level. The Cleveland Division of Police has a team of officers dedicated to officer wellness as well as a stress consultant that works hand-in-hand with the rank and file officers as well as the command staff.

“There are resources up there. There are confidential and privileged resources up there that those folks can reach out to to get the help that they need so they don’t have to shoulder this all alone,” Click said. “To lose two officers in this short amount of time, I’m sure those resources are working overtime and making themselves available to anyone who needs assistance."

In addition to the peer support program on the state level, a new, first-of-its-kind mobile app for Ohio first responders was recently released. Called the F.I.R.S.T. Support app (First Incidident Respondence Technology), the app was developed in partnership with Ohio State professor and researcher, Dr. Kenneth Yeager, and Accentus Health.

The app has been in development for three years and is driven by science, officials said. Once a user downloads the app, they complete a short, 10-minute assessment. Once the assessment is complete, scientific algorithms push content and exercises that are tailored to the user.

After an extensive beta period, the app has been released on Android and the Apple app stores. The app had a simple goal in mind: bring scalable and sustainable mental health support to high-stress, high-trauma professions like medicine and public safety. The trauma and stress from their everyday professional lives often permeates into their personal ones. Burnout, turnover, difficulties sleeping and other productivity and quality of life issues are often symptoms of a deeper issue.

“Way more now than at the beginning of my career, we didn’t talk about these kinds of things,” Click said. “The command staffs at departments all across Ohio are really proactive when it comes to trying to find mental health resources and work on ensuring the mental health of their officers.”

Research presented at a recent first responder summit hosted by state officials suggests that as much as 19% of law enforcement officers, 20% of EMTs or paramedics and perhaps as much as 37% of firefighters have PTSD or PTSD-related symptoms.

Law enforcement is especially at-risk, Click said, especially in the current climate, which has featured widespread civil unrest, an ongoing pandemic and rising violent crime. Click said it is especially vital for law enforcement officers and first responders to open up and tell a colleague, friend, family member or clergy member if they are experiencing side effects of post-traumatic stress. It is also important for the community to realize the stress first responders are under as well, Click said.

“Behind that uniform, behind that badge, is a person,” Click said. “They want to take care of their friends. They want to take care of their communities. Just be mindful that they are not robots. They are doing the absolute best they can to serve their communities and go home at the end of their shift. That’s one of the best things that the community can do.”