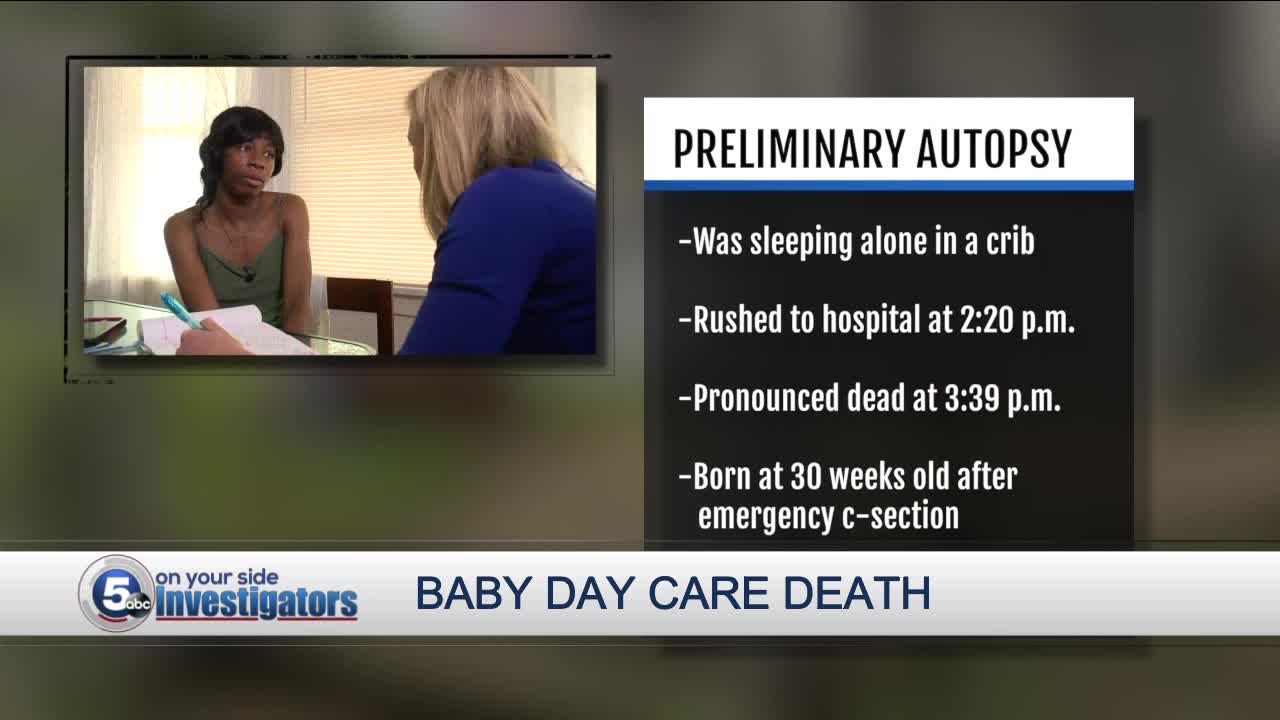 The cause of 2-month-old Di’Yanni Griffin's death is still pending, but the Medical Examiner's preliminary autopsy report reveals no signs of trauma or foul play. 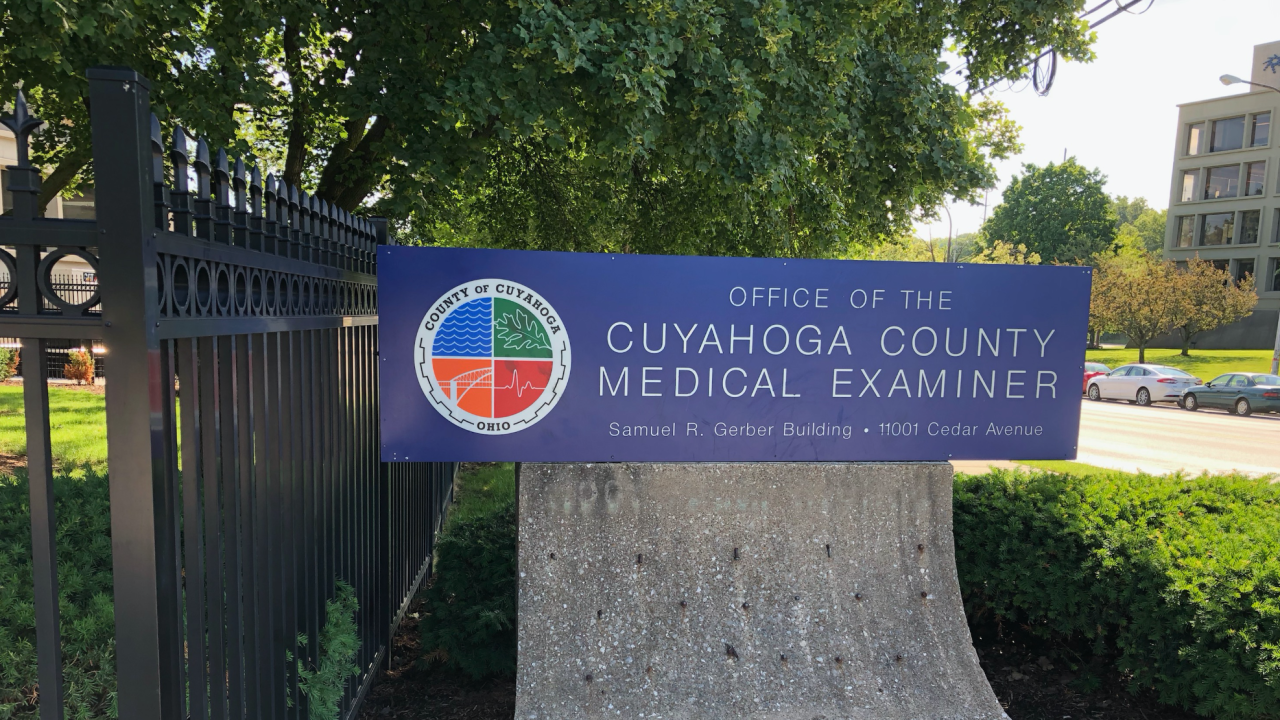 CLEVELAND — While the cause of 2-month-old Di’Yanni Griffin's death is still pending, the Medical Examiner's preliminary autopsy report reveals no signs of trauma or foul play.

The report also reveals details about Di'Yanni's birth. It says she was born at 30 weeks by emergency C-section. Her mother had pre-eclampsia, which is a complication of pregnancy in which affected women develop high blood pressure. The report also mentions a diagnosis of tachycardia, an abnormally rapid heart rate, at time of birth, but does not specify whether it affected the mother or the child.

State investigation
State investigators determined on Monday that Di'Yanni died at Nana’s Home Daycare, supporting mother Taylor Bush's claim that one of its employees handed Bush an unresponsive baby. The Ohio Department of Jobs and Family Services said the child died at Nana's Home Daycare in its license suspension order. The county suspended operations at the day care Monday.

Day care owner says baby was alive
Danielle Townsend, the owner of Nana's Home Daycare in Cleveland, said Bush dropped off Di’Yanni and her three older brothers at the in-home day care that morning. Townsend said Di'Yanni had appeared sick for the last couple of weeks. Just before Bush came to pick her daughter up, Townsend said her sister, who was caring for the baby, noticed Di’Yanni was breathing fast.

Townsend said she did not tell her sister to call 911 or get the baby help when she called to report the "fast" breathing.

What the mother says
Bush said that she dropped Di’Yanni off at the Cleveland day care in the morning. Around 2 p.m. she sent Townsend a text to let her know she was coming to pick her daughter up.

Bush said when she arrived at the daycare, Townsend’s sister handed Di’Yanni to her.

Bush said that on her way to her apartment located above the day care, she notice Di’Yanni was unresponsive. She immediately called 911 and attempted to perform CPR on her daughter before EMS arrived and took them to the hospital.

Police say they are investigating.

We reached out to Eric Henry, Taylor Bush’s attorney, regarding the preliminary autopsy results. Henry responded, “We are waiting to learn more about what happened to Di’Yanni and intend to conduct a thorough investigation into the circumstances of her death.”

RELATED: Mother says 2-month-old daughter was unresponsive when she picked her up from day care