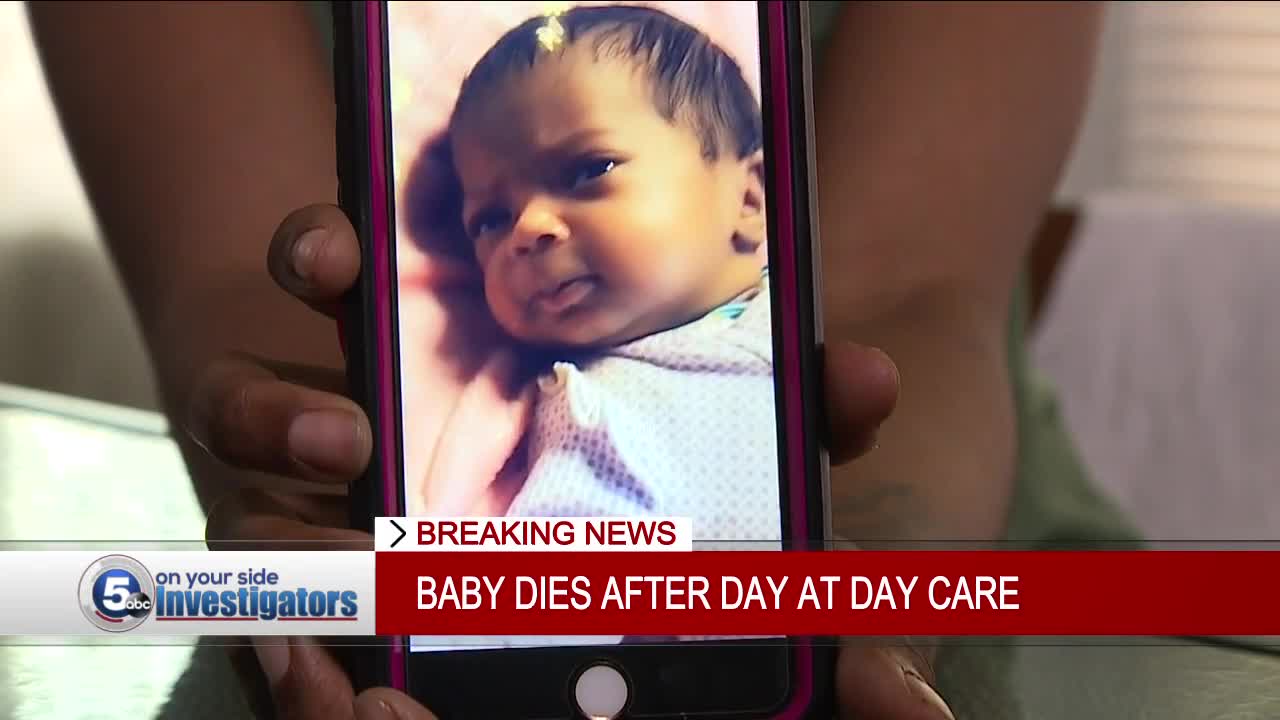 Police are investigating after a woman said she went to pick up her infant daughter from a Cleveland home daycare Tuesday only to discover her child was unresponsive and was later pronounced dead at the hospital. 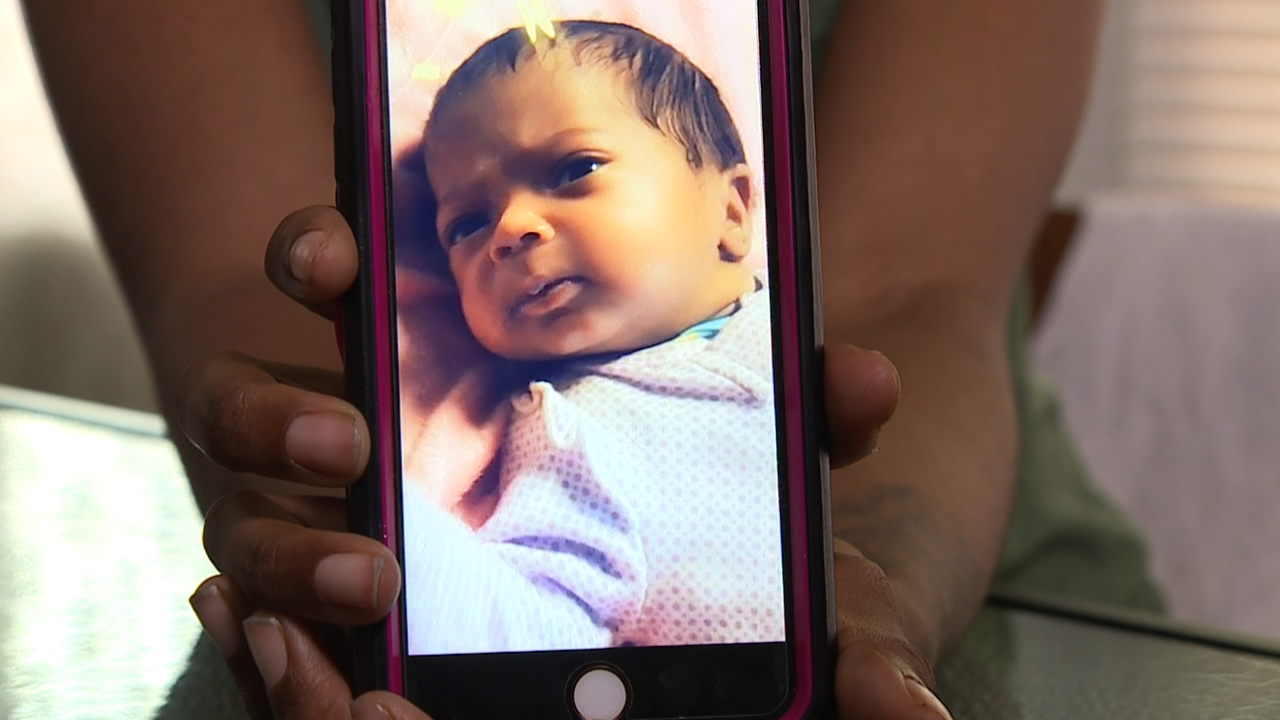 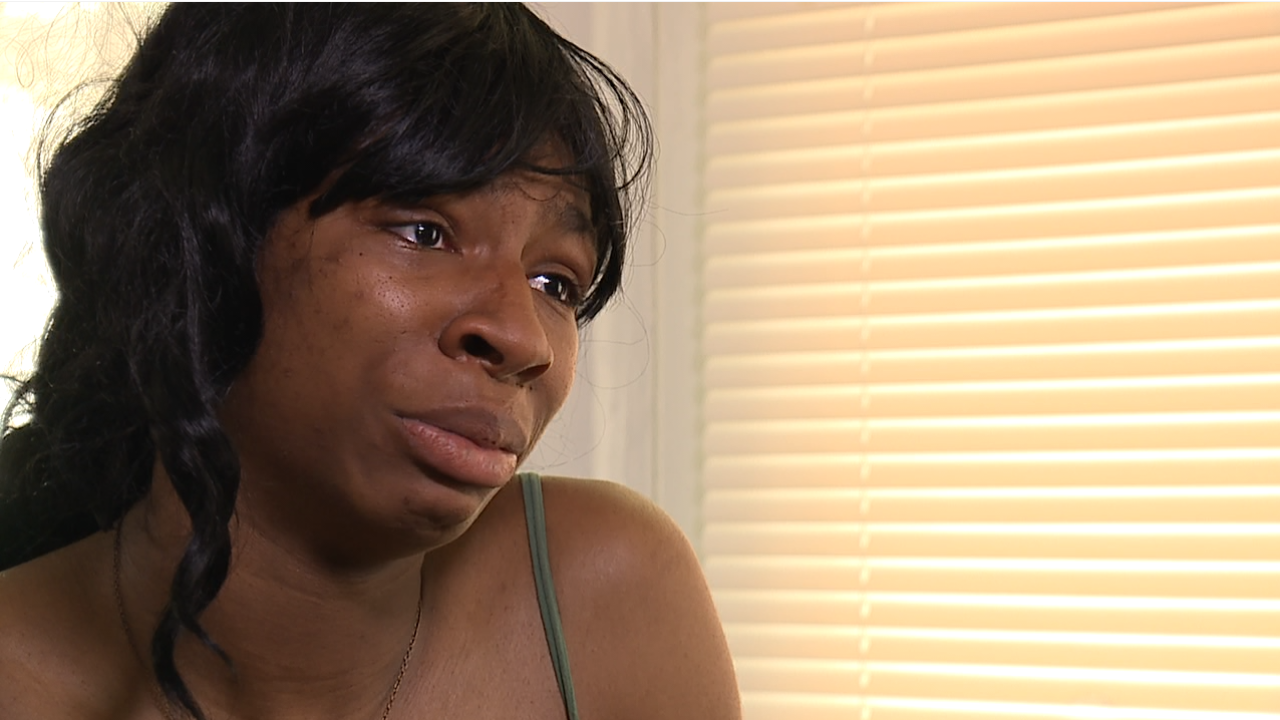 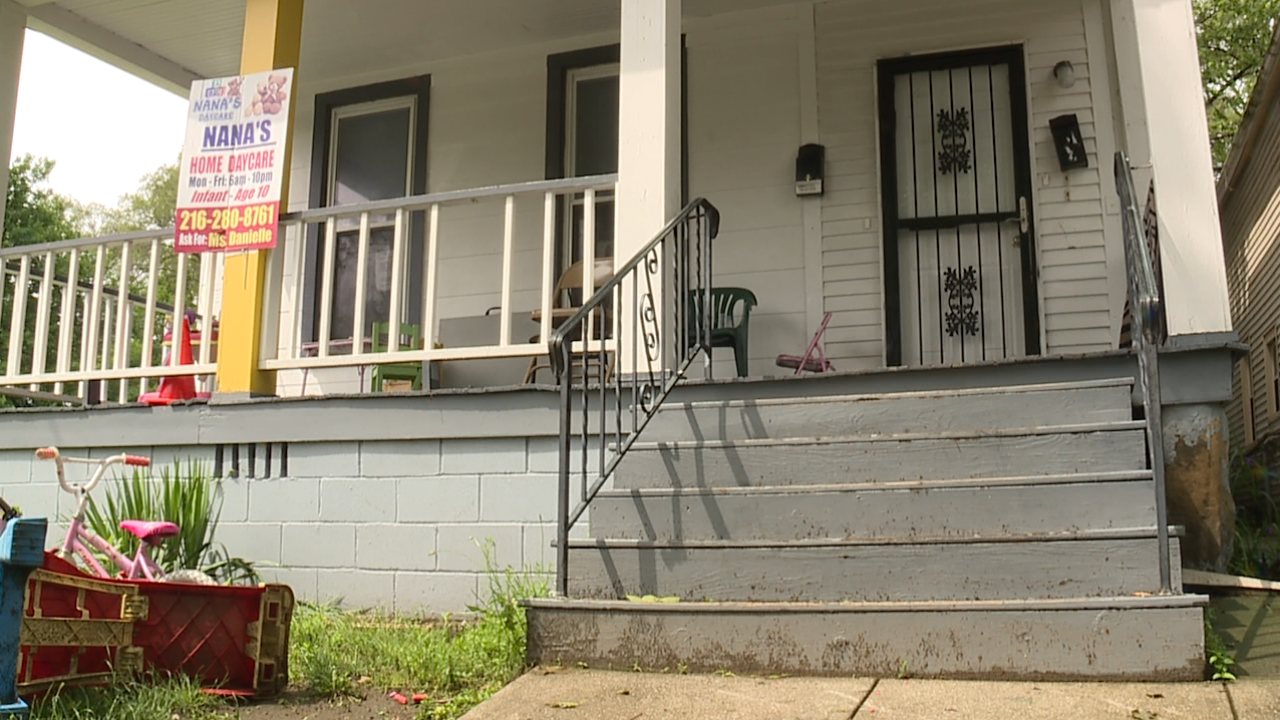 CLEVELAND — Police are investigating after a woman said she went to pick up her infant daughter from a Cleveland home daycare Tuesday only to discover her child was unresponsive and was later pronounced dead at the hospital.

According to the Cuyahoga County Medical Examiner’s Office, the 2-month-old girl has been identified as Di'Yanni L. Griffin. An autopsy is expected to be performed Thursday. Police were notified about the death and responded to Rainbow Babies and Children's Hospital. Authorities say preliminary reports indicate that the child probably died from natural causes.

The infant's mother, Taylor Bush, had originally posted about the incident on Facebook on Wednesday. She told News 5 in an interview that she dropped off Di'Yanni and her sons at Nana’s Home Daycare on Giddings Road on Tuesday morning. Bush texted the daycare provider at about 2 p.m. to let her know she was coming to pick up her daughter. The daycare provider said that she wasn't there, but her sister was.

When Bush arrived at the daycare, the daycare provider's sister greeted her at the door with Di'Yanni.

"I knock on the door, go in there — she told me my baby was breathing heavy," Bush said. "I say, 'Why didn't you call?' She had no answer." Bush said that the sister didn't know where Di'Yanni's bottle was.

Bush started to go upstairs — she lives in the unit above the daycare — when she noticed that Di'Yanni was not responding to her. She ran back down to the daycare and asked the woman for help.

"Why aren't you trying to call police?" Bush said about the sister.

Bush and her daughter were taken to the hospital in an ambulance.

Bush said the daycare provider showed no remorse when she showed up later to pick up her sons.

Bush was undeniably grief-stricken over the loss of her daughter.

"I don't know how to cope, honestly, I don't," she said. "I've never dealt with anything like this before...I'm just broken, I'm broken."

Representatives for the daycare have posted comments on social media claiming that Di'Yanni was sick.

News 5 investigator Sarah Buduson knocked on the door of Nana's Home Daycare, and called the number listed, but received no response.

The Ohio Department of Jobs and Family Services provided News 5 with the following statement:

ODJFS is monitoring this tragic situation very closely. County JFS agencies are responsible for inspections of in-home child care, with oversight by ODJFS. The county agency is conducting an investigation and actively working with child protective services and law enforcement. ODJFS would make the final determination on whether to suspend Nana’s Home Daycare license if the county agency recommends suspension.

A look into state inspection reports shows the daycare had been cited earlier this month and was found to be non-compliant in 20 areas.

Inspectors also found hazardous conditions in the outdoor play area, including broken glass, poison ivy and visible mold. The inspection report states that the sandbox was “contaminated.” The home's porch had a hole large enough for a child to fall through. Groundhog holes were so prevalent that the front yard needed to be blocked off to prevent children from going near them.

The daycare was ordered to submit a corrective action plan to fix the issues listed above as well as a myriad of others that inspectors found, according to the report. You can read the daycare’s full inspection report here.

Click here to search for inspection reports on other childcare facilities in Ohio.