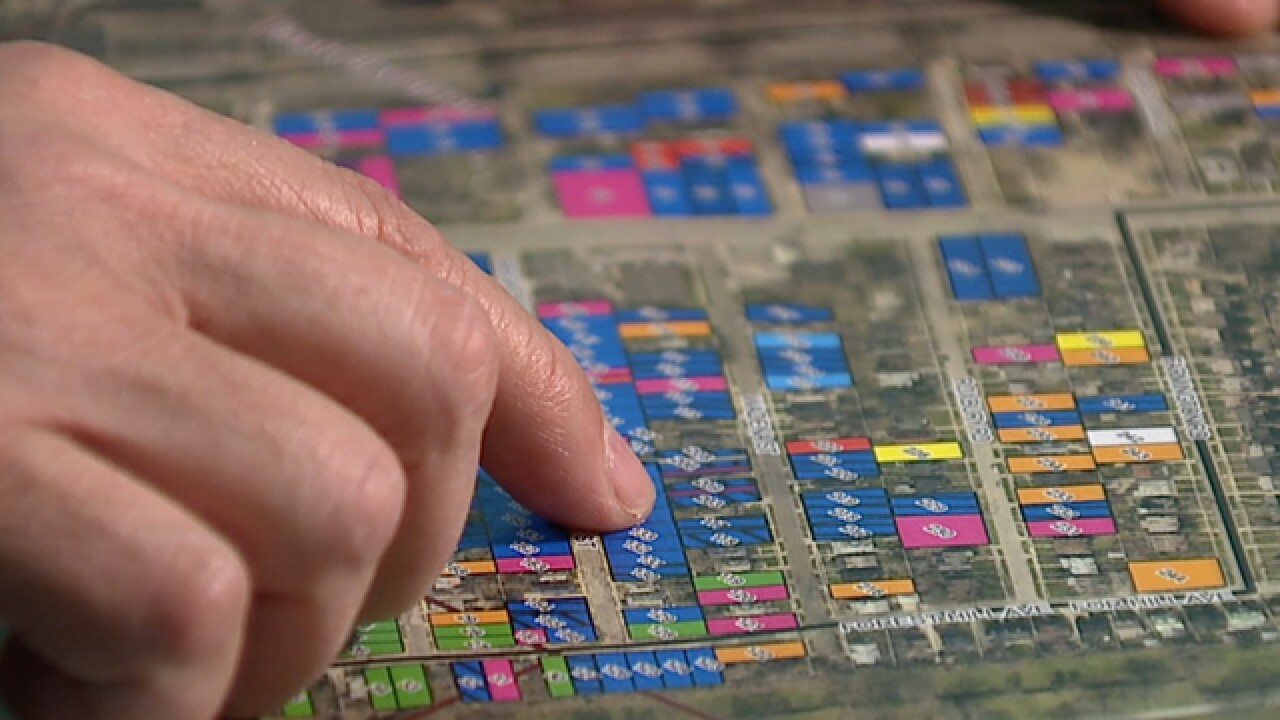 Copyright 2018 Scripps Media, Inc. All rights reserved. This material may not be published, broadcast, rewritten, or redistributed.
East Cleveland working with Cuyahoga Land Bank on a revitalization plan 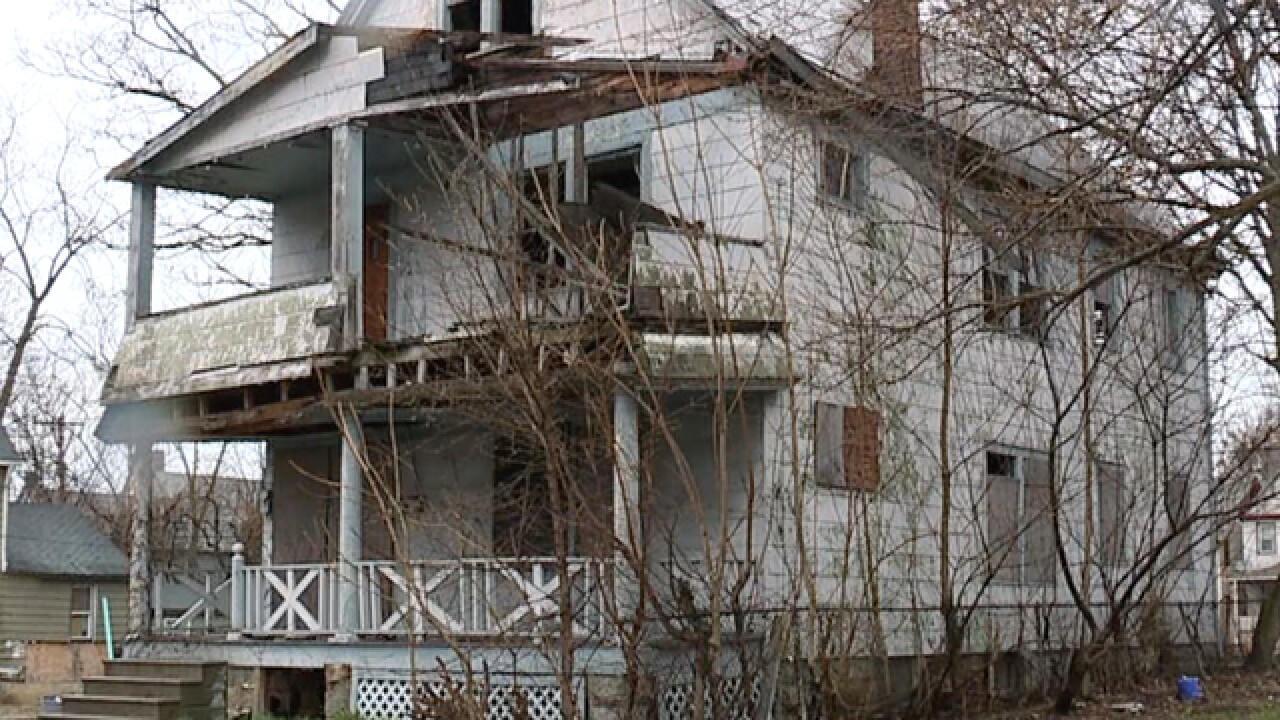 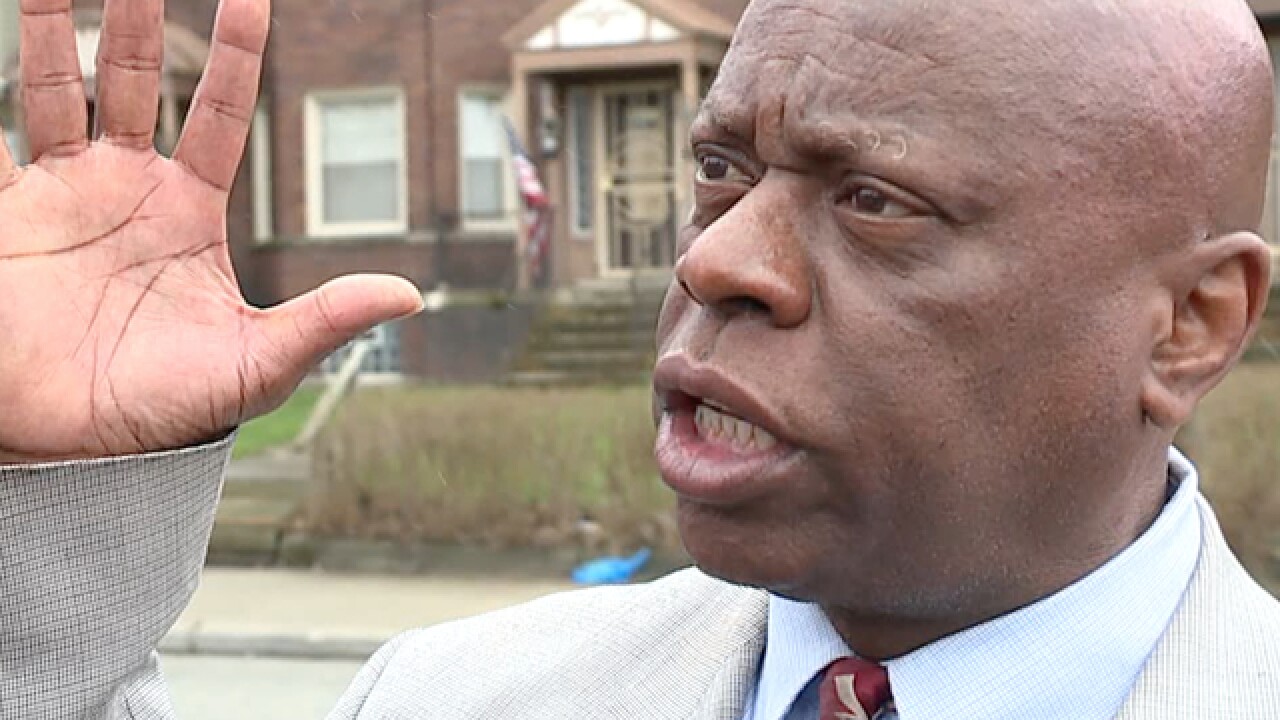 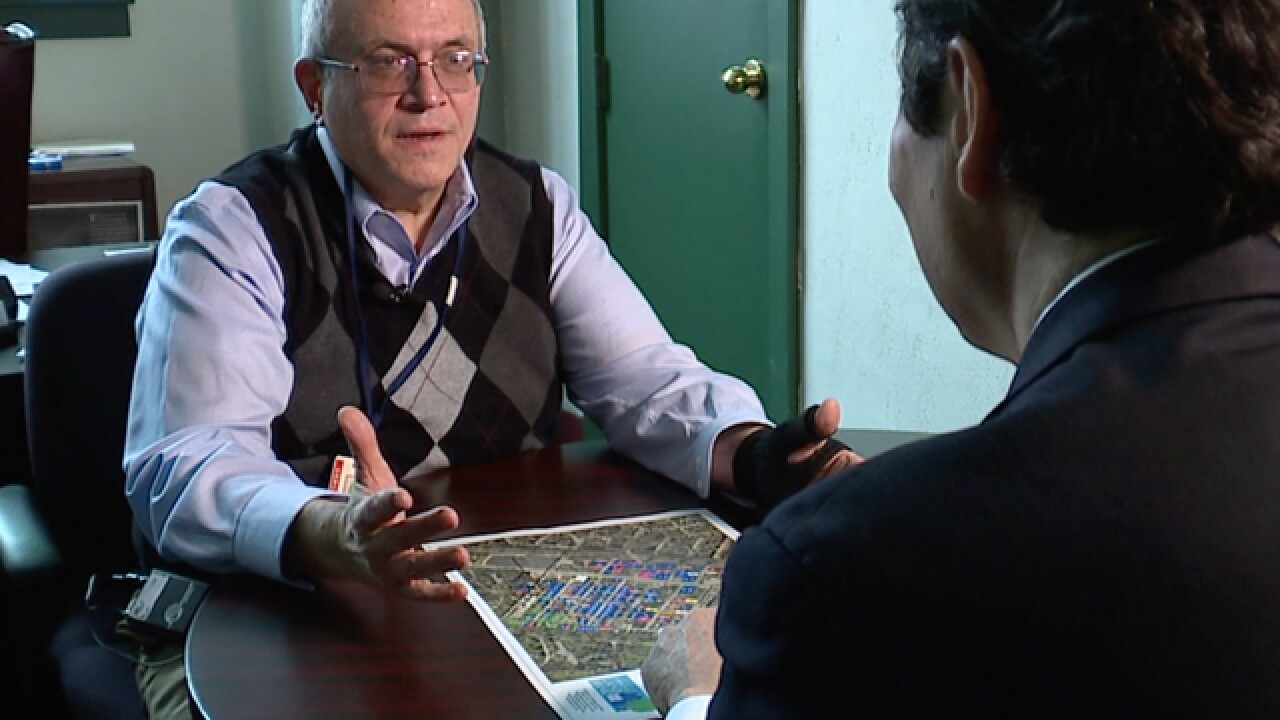 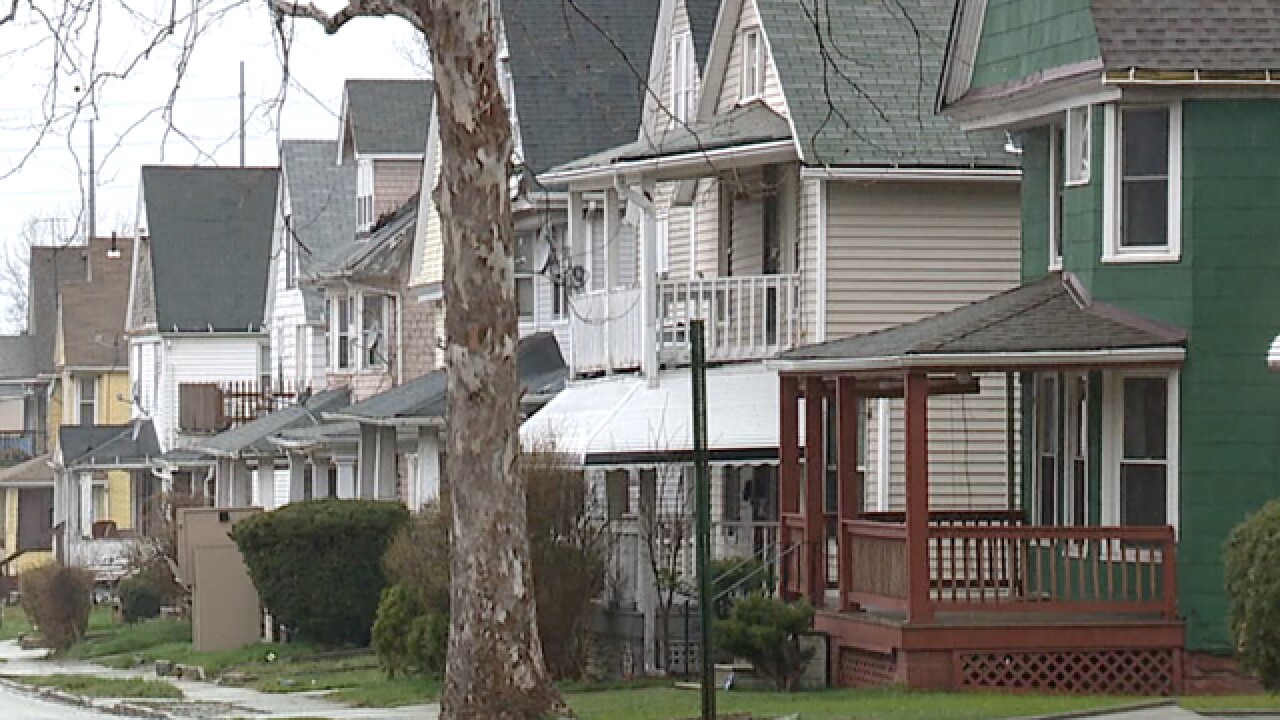 East Cleveland city leaders and the Cuyahoga Land Bank have been quietly working on a possible city revitalization plan for nearly two years.

East Cleveland Councilman Nathaniel Martin said the plan involves finding the right developers and allowing the land bank to take control of more than 150 properties, in a 38-acre neighborhood near Cleveland and University Circle.

The parcels are located on streets along Euclid Avenue, from Lakeview Road to Lockwood Avenue.

"The Cuyahoga Land Bank is playing a major role in giving our city a chance to rebuild," said Martin.

"That's how we go about increasing our tax base, so we can do a lot of things for this city."

Cuyahoga Land Bank President Gus Frangos pointed to a color-coded map of the properties his agency has obtained or is in the process of acquiring.

Frangos said many of the properties are vacant, condemned, foreclosed, or are facing serious property tax delinquencies.

Frangos said the land bank hopes by taking control of a large number of distressed properties, it can make that entire neighborhood more attractive to developers.

Frangos said the land bank is an independent agency, that can ensure the right buyers come into the market.

"Sometimes you just have to do a root canal in certain areas," said Frangos.

"Whatever anyone says about East Cleveland, this is a positive, hopeful thing."

Frangos believes if one East Cleveland neighborhood can be redeveloped, it could trigger a tax-base re-boot across the entire city.

"You just have to make sure you do it right, and that the people are involved and engaged."

Frangos said there is no real timetable as to how long it will take to obtain all the properties needed to create the beginnings of a huge neighborhood revitalization project, but he believes East Cleveland has a good start.

Martin told News 5 a Washington D.C. developer is looking into refurbishing a vacant apartment building at Stanwood and Euclid Avenue.

"We want to renovate some of our great properties here, so it's not all about tearing down," said Martin.

"If we work together we can turn this thing around in five years, I believe that."