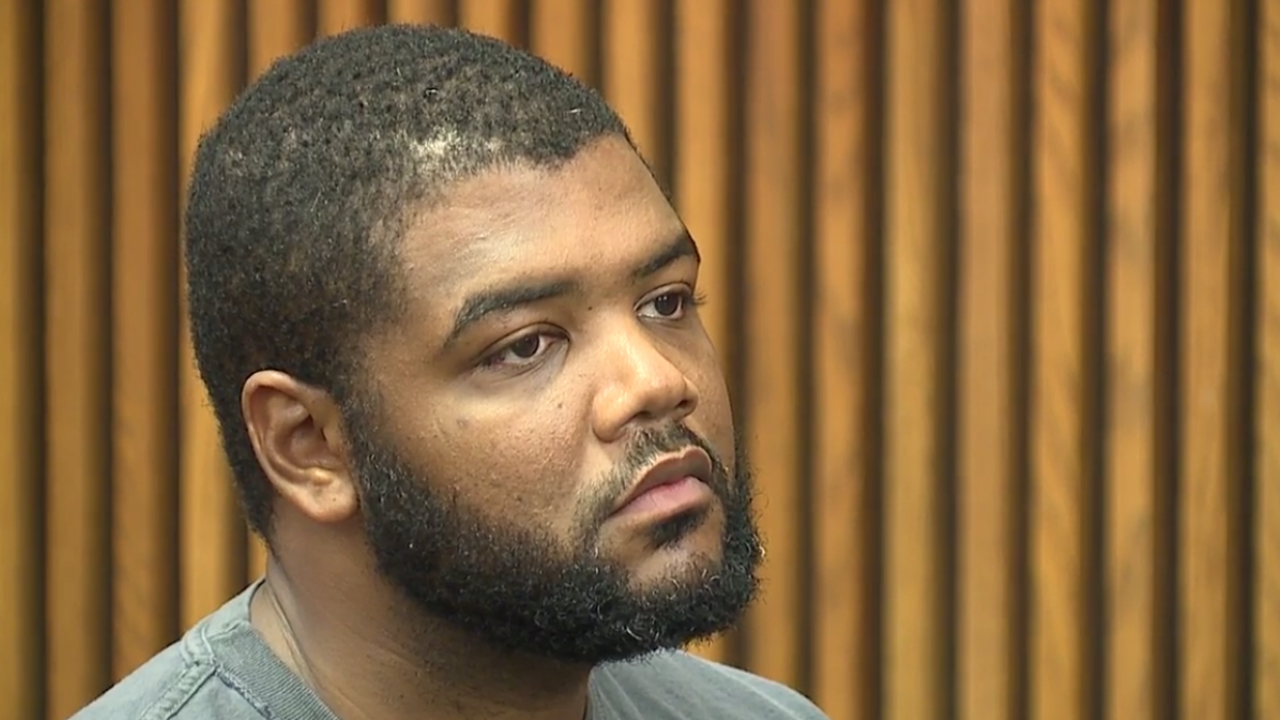 News 5 Cleveland.
Idris-Farid Clark appears during his arraignment on Friday.

CLEVELAND — Idris-Farid Clark and Robert Marsh, the Cuyahoga County jailers who pleaded guilty to assaulting and pepper-spraying a restrained inmate in July 2018, were sentenced in Cuyahoga County Court of Common Pleas on Monday afternoon.

As part of his plea deal, Idris-Farid Clark pleaded guilty in January to the following:

Clark was sentenced to 18 months for each felony and 60 days for each misdemeanor.

Marsh, who was also caught on camera hitting the restrained inmate, pleaded guilty in November 2019 to misdemeanor assault. Marsh will resign at the time of sentencing as part of the plea deal, the Attorney General’s Office said.

He was sentenced to 30 days in jail.

The incident leading to those charges happened on July 16, 2018 following the arrest of Chantelle Glass on a misdemeanor warrant out of New Jersey. She was taken into custody by Cleveland police, then transferred to the Cuyahoga County Jail. Jail surveillance video shows officers remove Glass from her cell and place her into a restraint chair. One of those officers, Robert Marsh can be seen hitting Glass in the head. Clark then sprays Glass in the face with pepper foam just inches from her eyes.

After being pepper-sprayed, Glass told her jailers she couldn’t breathe—to which they responded, “If you talkin’ you can breathe,” according to the complaint. The complaint states that Glass suffers from asthma and jail staff “were in no hurry to employ decontamination protocols or ensure Ms. Glass had a medical assessment” following the incident. In the 13-minute plus body camera video, Glass tells officers she can't breathe about 30 times.