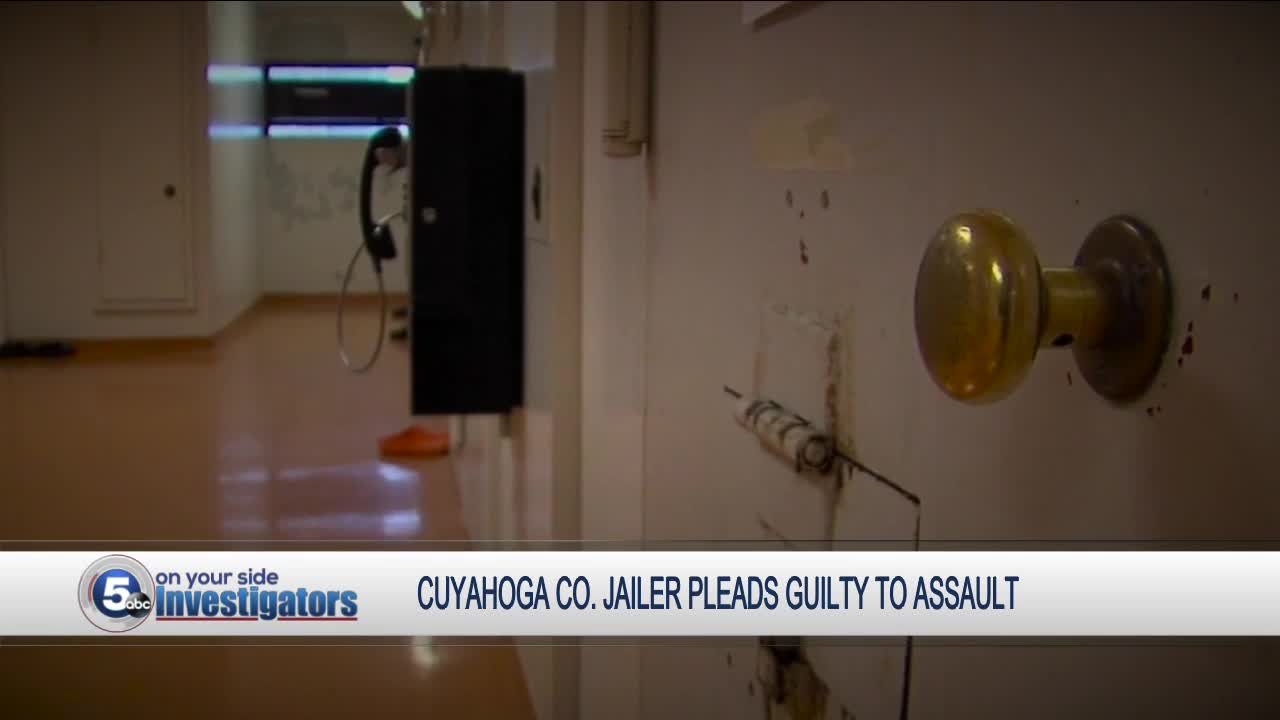 A Cuyahoga County jailer who assaulted an inmate over a sandwich complaint in February 2018, leaving him with a broken nose and several missing teeth, pleaded guilty to misdemeanor assault during a plea hearing Wednesday in the Cuyahoga County Court of Common Pleas. 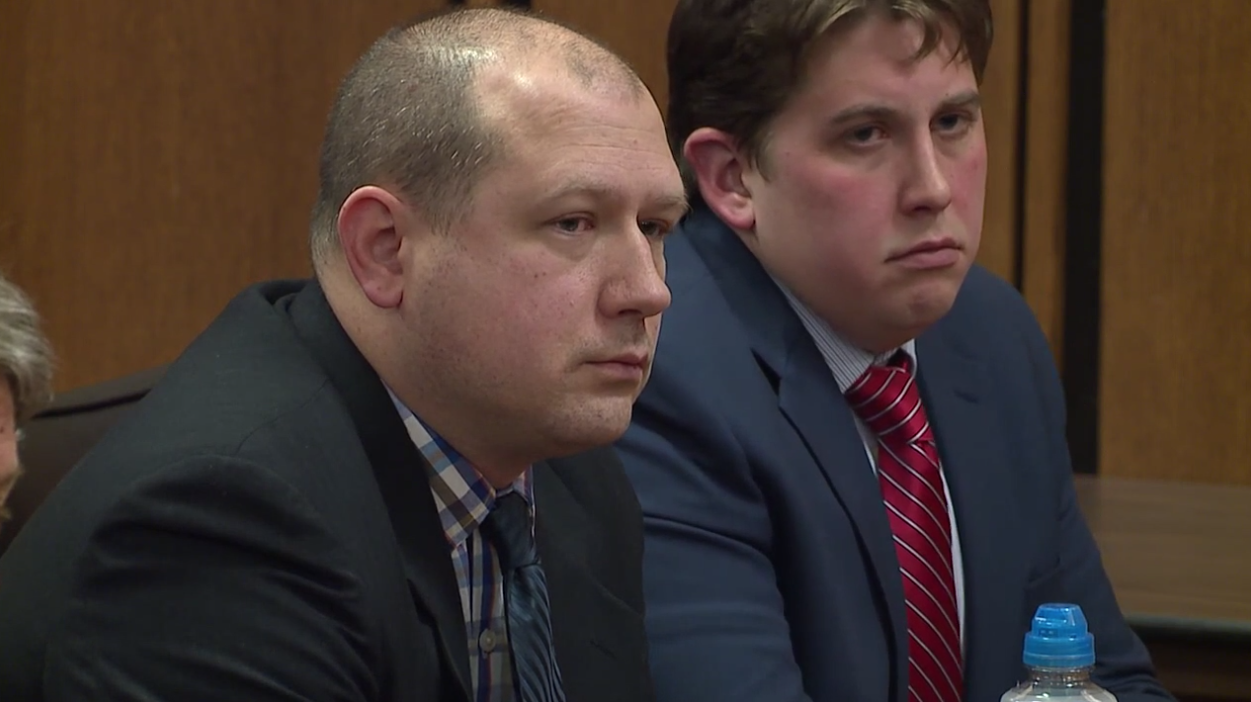 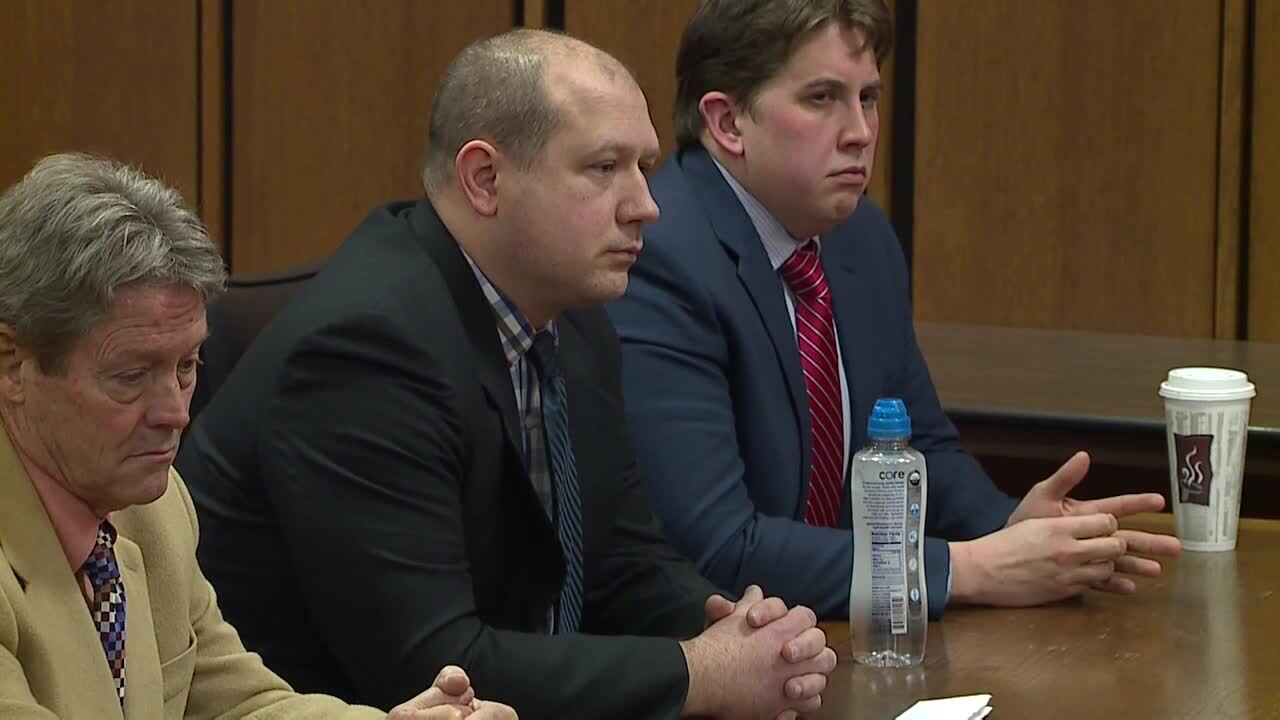 CLEVELAND — A Cuyahoga County jailer who assaulted an inmate over a sandwich complaint in February 2018, leaving him with a broken nose and several missing teeth, pleaded guilty to misdemeanor assault during a plea hearing Wednesday in the Cuyahoga County Court of Common Pleas.

Prosecutors said that Wilson repeatedly punched inmate Joshua Castleberry during an fight in his cell in February 2018. Wilson said the use of force was justified.

"I think you do need to think long and hard about what happened in that cell to make sure it never happens again," Miday said during the sentencing.

Castleberry's mother, who was not shown on camera, addressed the court on behalf of her son, calling Wilson's actions "inhumane" and "gutless."

“The torture you put my son through has caused him long lasting mental anguish and psychological trauma and physical impairments. It is because of you, John Wilson, that we are willing to accept to you change in pleas. Otherwise we definitely would have pursued a second trial,” said his mother.

Wilson stood up and read his statement to the court, apologizing to Castleberry and his family.

“I just wanted to say I am sorry for the injuries Castleberry has suffered. They were not inflicted intentionally or maliciously,” said Wilson during his plea deal hearing. “This whole experience has been trying on myself and Mr. Castleberry and our families. Hopefully my plea today will provide the necessary closure for all involved and allow us to move forward in a positive direction.”

During the trial in September, Castleberry, who was 21 years old at the time, testified that it started when he complained that the bread on his bologna sandwich was stale and asked for a replacement. He said Wilson replaced another inmate’s dinner but refused to do the same for Castleberry.

When Wilson returned to take out the trash, Castleberry says he complained, and that Wilson ordered him against the back wall of the cell. A short time later, Castleberry said he was pepper sprayed.

"Then he handcuffed me, and then maced me again," said Castleberry. "After he maced me, I was on my side and that's when he began to knee me, and punch me, and then he grabbed my hair and slammed my face on the floor."

Earlier, the jail's medical director testified Castleberry's injuries resembled someone who had been in a car crash. Two of Castleberry's teeth were knocked out. A third tooth was lodged in his nasal cavity.