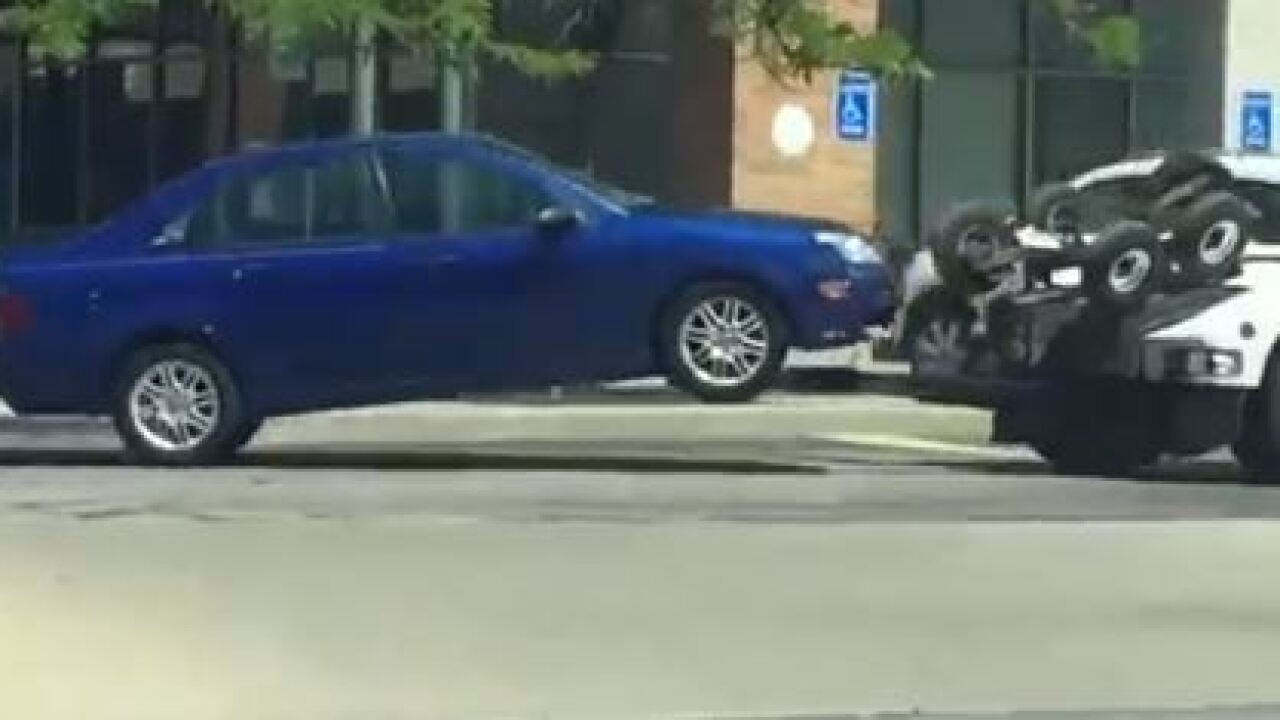 CLEVELAND — Ohio lawmakers voted overwhelmingly Wednesday to ban the use of "spotters" employed by tow companies following an exclusive 5 On Your Side investigation .

House Bill #113 was sponsored by Representative Tom Patton who credited our report that revealed how a local tow company had relied on a "spotter" hiding in an unmarked vehicle to call in a tow trucks moments after vehicles parked illegally.

5 On Your Side Chief Investigator Ron Regan testified about his four month investigation into towing spotters operating near Cleveland's West Side Market.

The use of spotters is already outlawed in other states including Maryland.

The legislation is not opposed by either of Ohio's two largest towing associations and will now move on to the Ohio Senate for a vote.