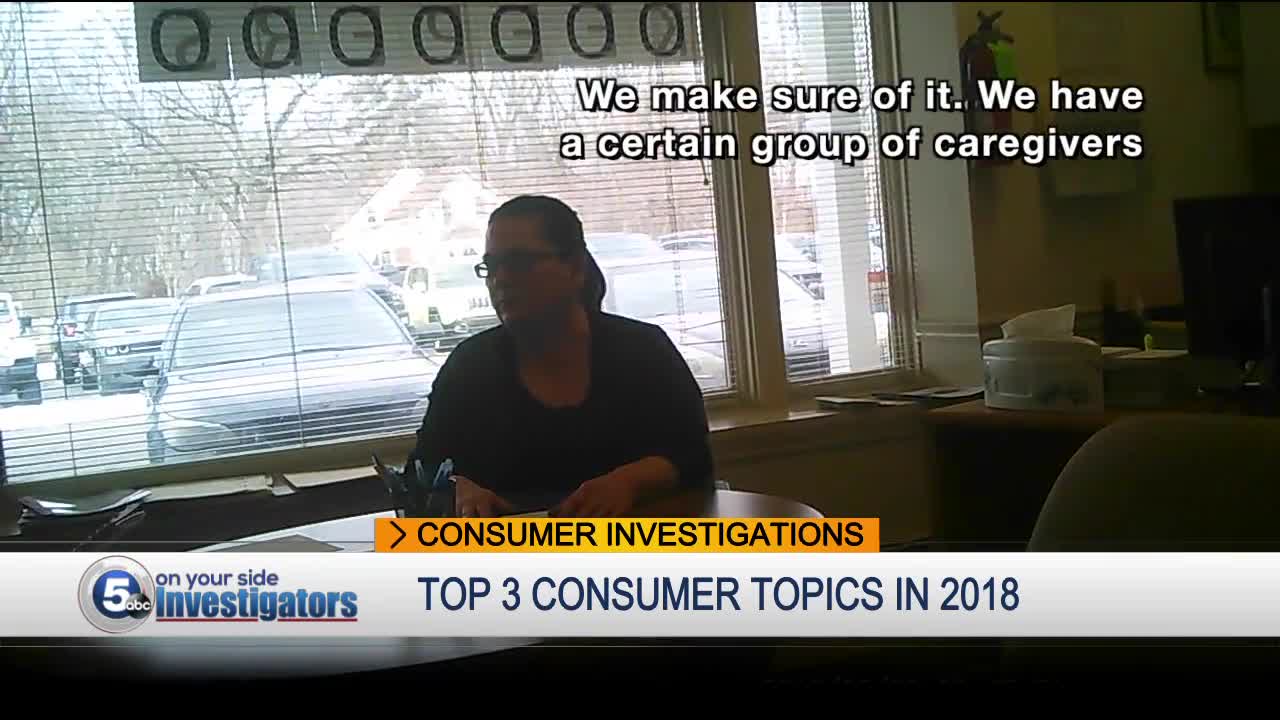 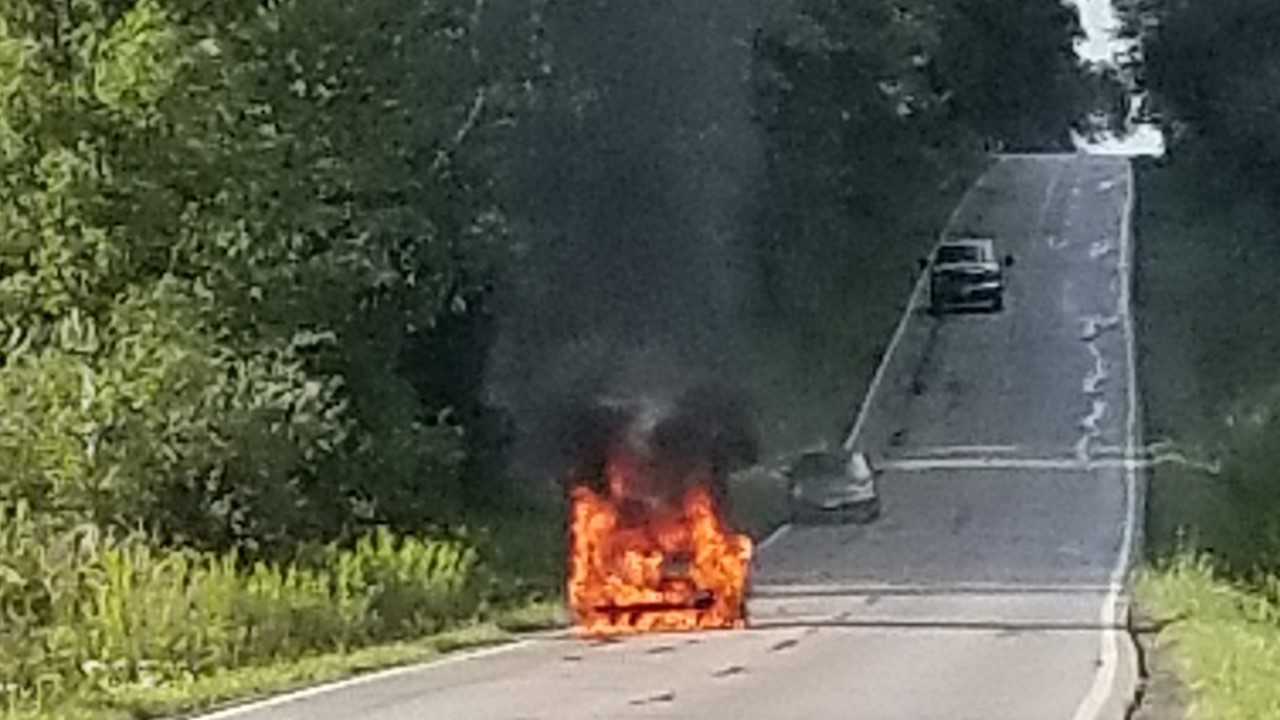 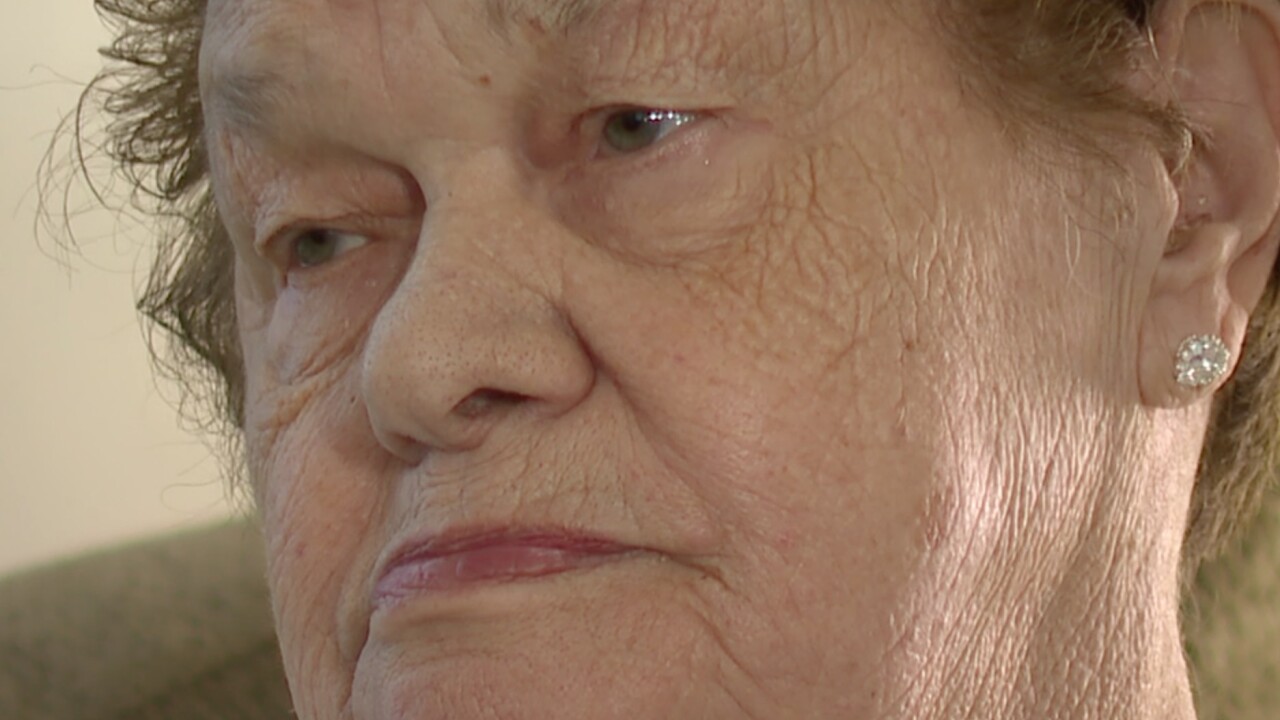 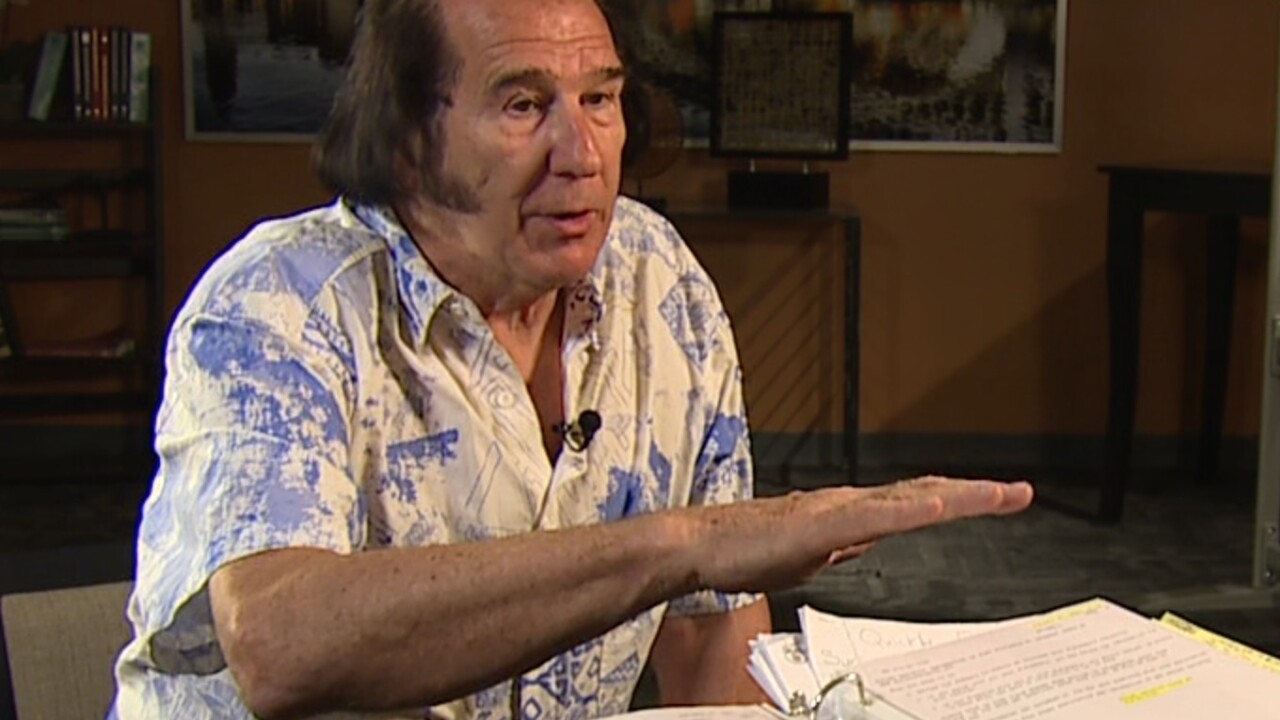 CLEVELAND — 2018 has been full of important consumer stories and our 5 On Your Side Investigators have been there for you. As we look back on the top three topics of the year, they are sure to stay on our radar well into next year.

"I was scared to death,” said Shirley Boyers from Hiram talking about smoke that started to pour out of her 2012 Kia Rio back on Aug. 21. “I began to turn the ignition off and it burst into flames."

We have been investigating Kia car fires that now number in the hundreds.

We documented people from all over the country who have had various Kia models catch fire.

"Seeing pictures that look just like ours...it makes you sick,” said a victim from Florida.

Our reporting helped lead to calls from US senators for the CEOs of Kia and Hyundai to testify. The CEOs said no.

The companies said they are working with customers and doing all they can. We'll do all we can and stay on top of this in 2019.

Also this year, our hidden-camera investigation into the in-home care business Comfort Keepers in Westlake showed a manager there named Kate telling our undercover producers that people who pay out of pocket for care get better treatment than those on Medicare.

"You're priority and they get the better caregivers. We make sure of it,” said Kate on the hidden camera.

We showed our story to the agency in charge of supervising in-home care businesses in our area. “That's a tough video to watch,” said Doug Beach who’s the CEO of the Western Area Agency on Aging.

Comfort keepers in Westlake has said it's done nothing wrong. Kate is no longer working there.

Our story sparked a state investigation that changed state regulations for in-home care businesses and how they do background checks on potential employees.

We will investigate your in-home care cases next year, too.

And one of our most impacting consumer stories started with Don Wright from Akron. “This money belongs to us...the Social Security recipient,” said Wright. “It’s our money!"

Social Security messed up his widower benefits for years. "A lot of senior citizens need to get their ears open right now," Wright told us.

During our research, the Social Security Administration admitted its mistakes and our report went viral. Through our feedback form, emails, and phone calls, we heard from hundreds of people all over the country having problems. We then interviewed so many others in our area with social security issues.

Social Security experts also answered your questions during our special phone bank that received 24,000 calls and overwhelmed our phone system.

Other important consumer stories from this past year include all kinds of scams; tech scams, identity theft, fake job offers and so on. 5 On Your Side Investigators are battling those, too, and will continue to help you stay safe in 2019.