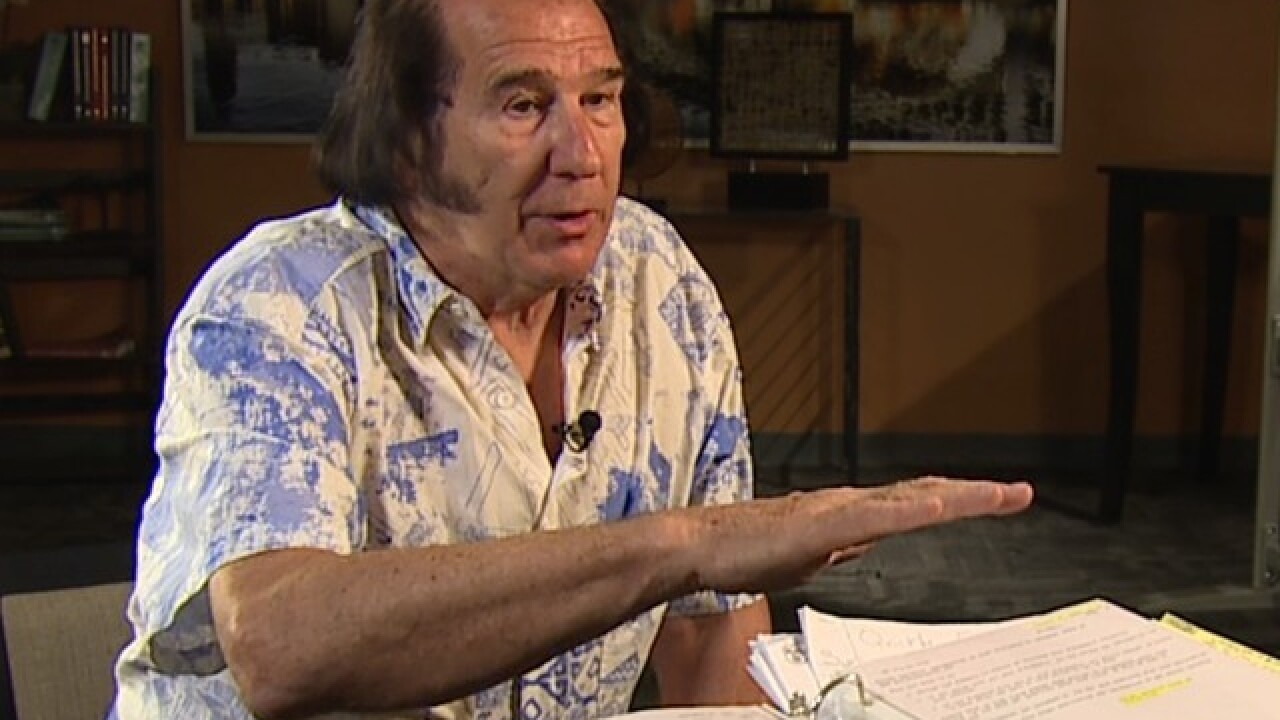 Copyright 2018 Scripps Media, Inc. All rights reserved. This material may not be published, broadcast, rewritten, or redistributed.
<p>Don Wright from Akron is fighting with the Social Security Administration about widower benefits that might just affect you.</p>

CLEVELAND, Ohio — People taking care of elderly loved ones who receive Social Security benefits may not know to what they are entitled.

"This money belongs to us...the social security recipient,” said Don Wright, who is nothing if not passionate about his mission now to help others.

Reporters with E.W. Scripps television station WEWS in Cleveland, asked Wright: “Do you think many people know about this?”

Wright is from Akron, Ohio. He was married to a woman for 16 years. They divorced and later she passed away.

In 2009, Wright said he filed for his Social Security benefits, talking with a staff member at the Akron office.

"He said this famous statement. ‘Well, who do you want to collect your benefits from?’” Wright said. The man offered him either his own benefits or his ex-wife's benefits.

"What he should have said was 'Well, you know you're entitled to collect your survivor widower's benefits first,’" Wright said.

It wasn't until 2016 when some friends told Wright to look into the survivor benefits.

"Social security, I found out in my investigation, does not willfully just hand out a bunch of information for you to know," Wright said.

He told us from that first meeting with the Akron office in 2009 until 2016, he was entitled to 7 to 8 years of the survivor benefits and more. However, after fighting for that money, he got a message from an attorney's office on his answering machine saying he might get six months to a year of benefits.

"The average person would think Social Security said, 'You're done! There's no way in the world you can get anything else.’ Well, that's not true,” Wright said.

Reporters at WEWS found in the social security Code of Federal Regulations , there's an admission that agents "may have given you misinformation about your eligibility for such benefits ... Which caused you not to file an application at that time."

It even gives examples that are similar to Wright’s claims.

"You don't always get that correct answer right off (the bat),” said Marcia Margolius, who is an attorney and a social security law expert. She works in Cleveland.

"We have to encourage people continuously to persevere, to follow up on their rights,” Margolius said.

"It's a weeding out sort-of a policy where social security may take the attitude of, if you're serious and if your claim is legitimate, you're going to keep going," she said.

"Is it a strategy by social security?” a WEWS reporter asked.

“I wouldn't go that far…but I have seen it a lot,” Margolius said.

Wright said another hurdle was when social security gave him a list of lawyers to help him through the process. He wrote letters to those attorneys only to have many returned to sender. We saw the envelopes marked “no such number,” “address vacant” and “not deliverable.”

"And I kept getting all these dead ends and nobody to help me,” Wright said.

WEWS investigative reporters contacted the Social Security Administration. A representative said if Wright signed a consent form, then the rep could talk to us about his case. Wright did that. However, later the rep "respectfully declined" an interview.

Social Security takes its responsibility to provided excellent customer’s service very seriously.  We cannot comment on Mr. Wright’s case because it is currently under appeal.  However, we continue to look into the allegations you have raised.  In general, if an individual is the widow or widower of a person who worked long enough under Social Security, they can receive full benefits at full retirement age for survivors or reduced benefits as early as age 60.  Retroactivity involves all months before the month of filing that the claimant is eligible to receive benefits. Our decision to allow retroactivity depends on the type of benefit, and whether we reduce benefits for age.  For more information on SSA’s policy on retroactivity, please refer to our website at https://secure.ssa.gov/apps10/poms.nsf/lnx/0200204030 [secure.ssa.gov] .

We recognize the importance of Social Security programs for workers and their families. It is necessary to let them know about benefits that they are entitled to receive, and how they should file for them in a timely manner. We use various ways to publicize our programs, such as:

We hope that Mr. Wright will find future contacts with our offices more satisfactory.

"A lot of senior citizens need to get their ears open right now is what I'm telling you,” Wrigh said.

He told WEWS there are two very important forms to fill out correctly when it comes to survivors’ benefits. They are SSA-1724-F-4 and SSA-721 .

Through Wright's tenacity, he settled with social security and is getting some of the money he's owed. And after that lawyer-assistance problem, Wright is now representing himself in court for the other funds he has said he deserves. Wright told us there have been more roadblocks during that process as well.