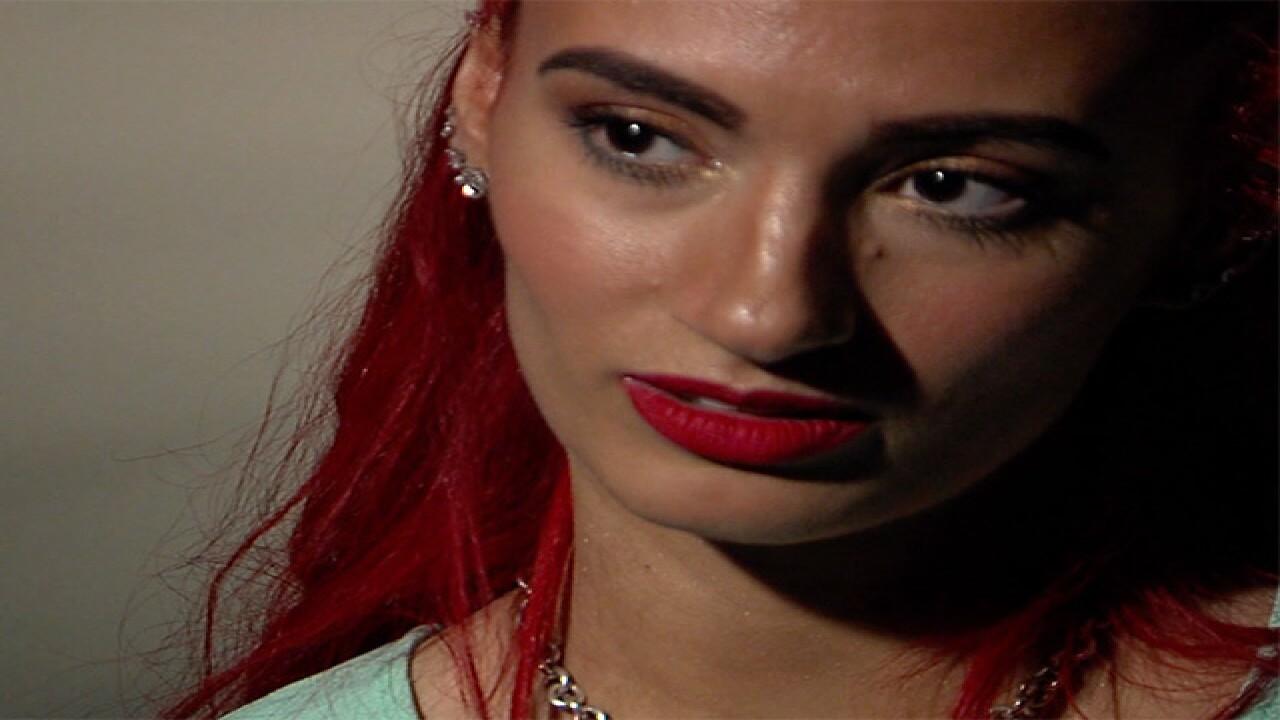 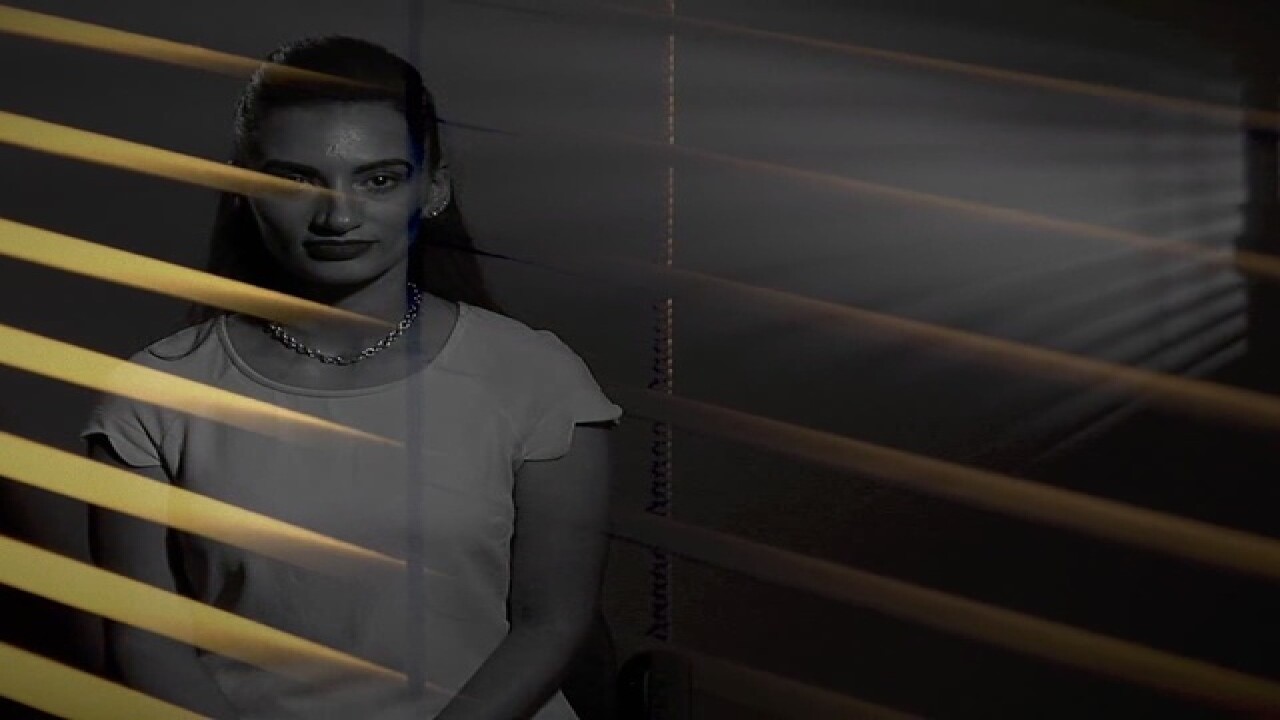 It was once called the world's oldest profession. You know their names: Prostitute, tramp, call girl, hooker, whore.

Most of these people are actually victims: people being trafficked.

The State of Ohio ranks fifth in the nation when it comes to human trafficking, and in most cases, the victims are recruited young. More often than not that's between the ages of 12 and 14.

Local experts in Northeast Ohio say if a child runs away or goes missing there is a 75 percent chance he or she will come face to face with a human trafficker within 24 to 48 hours. Local experts also say, upwards of 3,000 children are at risk of being sex trafficked every year.
?
The lines can often get blurred.

What is human trafficking and how is it different from prostitution?

The law says independent prostitution is a person 18 years or older who is selling sex, keeping the money and setting up "dates" on their own terms.

Human Trafficking is any person who is performing sexual acts under someone's orders.

The way prostitution is viewed in our country is constantly changing. Twenty years ago, there was no law against it. It was not until the year 2000 that the federal government stepped in, passing the "Trafficking Victims Protection Act." This gave human trafficking it's name, making the act a crime as opposed to blaming the victim. This federal law led the way and created a paradigm shift on how society views human trafficking today.

It took the State of Ohio a while to get on board. Ohio was the 45th state in the nation to make trafficking a "stand alone criminal offense" in 2010. The law has seen upgrades ever since following changes in societal culture. Unlike prostitution, human trafficking is involuntary servitude; the victims are forced to do things against their will and it's happening every single day.

Mimi Diaz's story begins more than two decades ago. A 5-year-old girl trapped, traumatized, and tormented, building memories of horror for a lifetime.
?
"My mind shut down because I could not comprehend the moment that I was in."
?
She had a chilling secret that stayed in the dark.
?
"Inside I wanted to tell someone, but I knew that I couldn't," said Diaz. "Every weekend would be the same thing, like clockwork."
?
Diaz's parents were separated. She would spend weekends with her father and every weekend he would take her to watch him play dominos with a group of men, in the back of a convenience store.
?
"What exactly did your father do to you?"

"Besides take away the innocence of a 5-year-old girl?" Diaz said. "I never really open up about it and I try to pretend that it doesn't affect me, but at 10 years old when I had to go through everything and put my father away. I had to sit on the cold table and be examined and at 10 years old I was told I was never able to have children because of the damage he did. So not only did he take my virginity away, and take the innocence of a 5-year-old away, but he took the dream of a 30-year-old away." Said Diaz.
?
It started with her father, and then Diaz said her brothers began molesting her. By the time she was 10 years old, Diaz was being sold and exchanged by her family to complete strangers for a couple hundred bucks a session.
?
"They were all my uncle, but really they weren't my uncle," said Diaz.

Whenever her father lost a game of dominos, daddy's little girl, doubled as his payment.

Diaz says her mother was behind the entire thing and accepted upwards of $500 from Diaz's biological father every weekend in exchange for little Mimi.
?
Diaz was trafficked by her family. Annette Mango was trafficked by a pimp.

?
"How many times were you raped?"

"I can't even tell you." Mango replied. "Screaming, hollering. It was bad, yeah it was bad."
?
Mango spent a lot of her time on the streets being sold.
?
"I did it for years, years. The same pattern," said Mango.
?
Like all victims, Diaz and Mango were trapped.

It is an industry raking in millions and millions of dollars each year—human trafficking.
?
"It's happening in hotels all throughout Cuyahoga County, Lorain County, Summit County and Lake County," said Deputy John Morgan with the Cuyahoga County Sheriff's Office.
?
Deputy Morgan tracks down pimps and locks them up.
?
"It's all about control," he says.

He knows the world inside and out and says things are getting worse.
?
"People don't see what these people see," said Morgan.

The underground world of human trafficking runs like a bizarre corporation. On top, what most people would refer to as the CEO—the pimp. Right underneath, what you would call the CFO. This is a woman who is known in the streets as the "bottom bitch." It is a twisted term to describe the "first lady" so-to-speak of the pimp world.
?
"They're more brutal than the men," said Morgan.

While there is no doubt men run and create this industry, these women help run the operation, collect money and keep the other women in line.
?
"It's different when a woman is beating a woman," said Morgan.

In a world where you can be a victim and a criminal all in one, that is where Tamar found herself—posting ads, recruiting customers, escorting women, wiring money and administering discipline.

Tamar spent 17 months behind bars for her role.
?
"I felt so dirty and I felt so ashamed, I felt like it was my fault," said Diaz.
?
"I felt like I was a menace to society," said Mango.
?
"I felt like this was something I was going to be doing forever and who else would want me?" said Tamar.

All victims are scarred from the inside out.
?
"It injures them and traumatizes them in such a basic way that they don't see themselves as a victim," said Maureen Kenny, co-director of the Human Trafficking Law Clinic at Case Western School of Law. "They see themselves as often harmed in a way that no one is going to love them."

Trauma so deep it works as a barrier to getting out.
?
"We fight really, really hard to get them out of it and make sure that they stay out of it." said Morgan.

The criminals, the human traffickers, continue to walk free. Most victims want to file it away and forget about it, but that does not bring convictions, or get the criminals running these lucrative businesses off the street.
?
"A lot of people think that when you come from human trafficking or that when you come from abuse when the situation's done - that's it. It's the end of the book, the happy ending," said Diaz. "It's not."
?
Diaz is not healed and never will be. Even though her life has moved forward, her motivation is still right under the surface.
?
"To this day I still struggle with abandonment. To this day I can't hug a guy without thinking they're going to hurt me. To this day I still wrestle with my self-worth."
?
For many of these women, and in some cases men, they say the dark is their enemy.

Diaz says she still has to sleep with the light on. Making it even more difficult to arrest the perpetrators, the entire industry has transitioned to the smart phone and sites like Backpage.com where sex is sold. It is hard to track and nearly impossible to trace.

Are you or is someone you know a victim of human trafficking? There are organizations that can help, including the Collaborative to End Human Trafficking and the Cleveland Rape Crisis Center. If you need immediate support call (216) 619-6192.