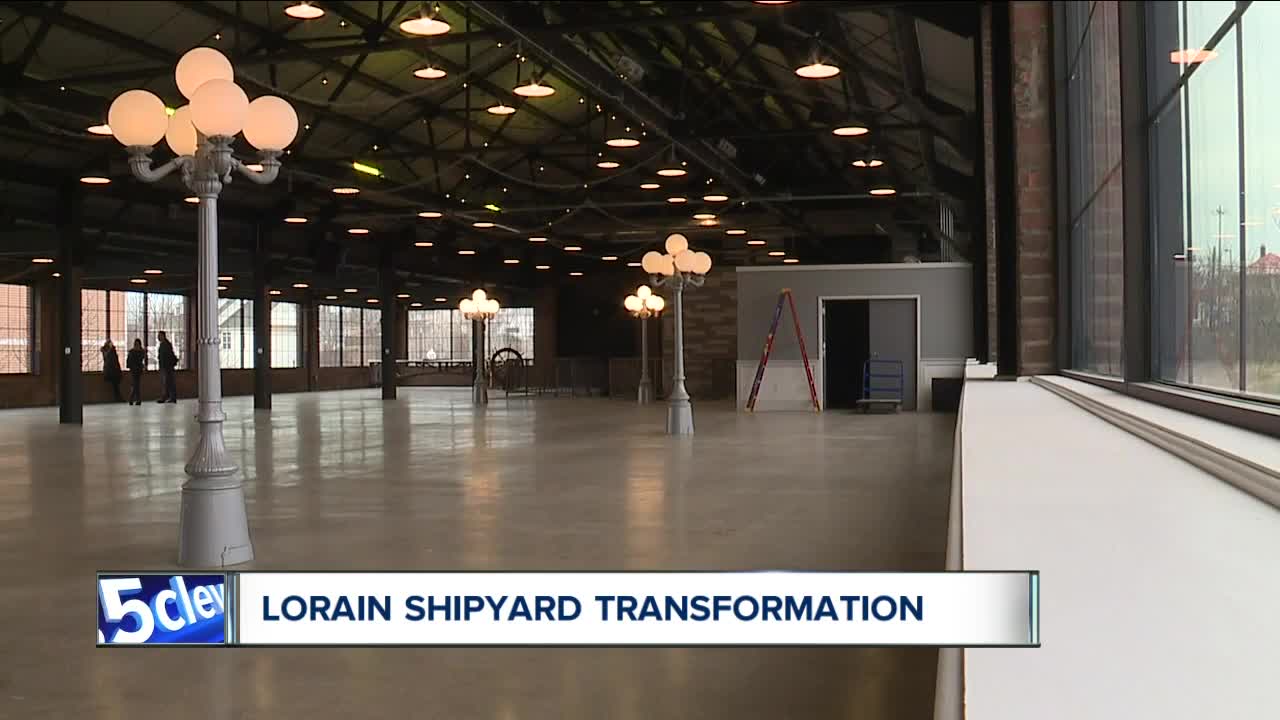 The aptly named Shipyards, a mixed use re-development of the former Lorain shipyards off the Black River, is still on schedule to fully open in March, featuring restaurants, a coffee shop, a wine bar, plus events and retail space. 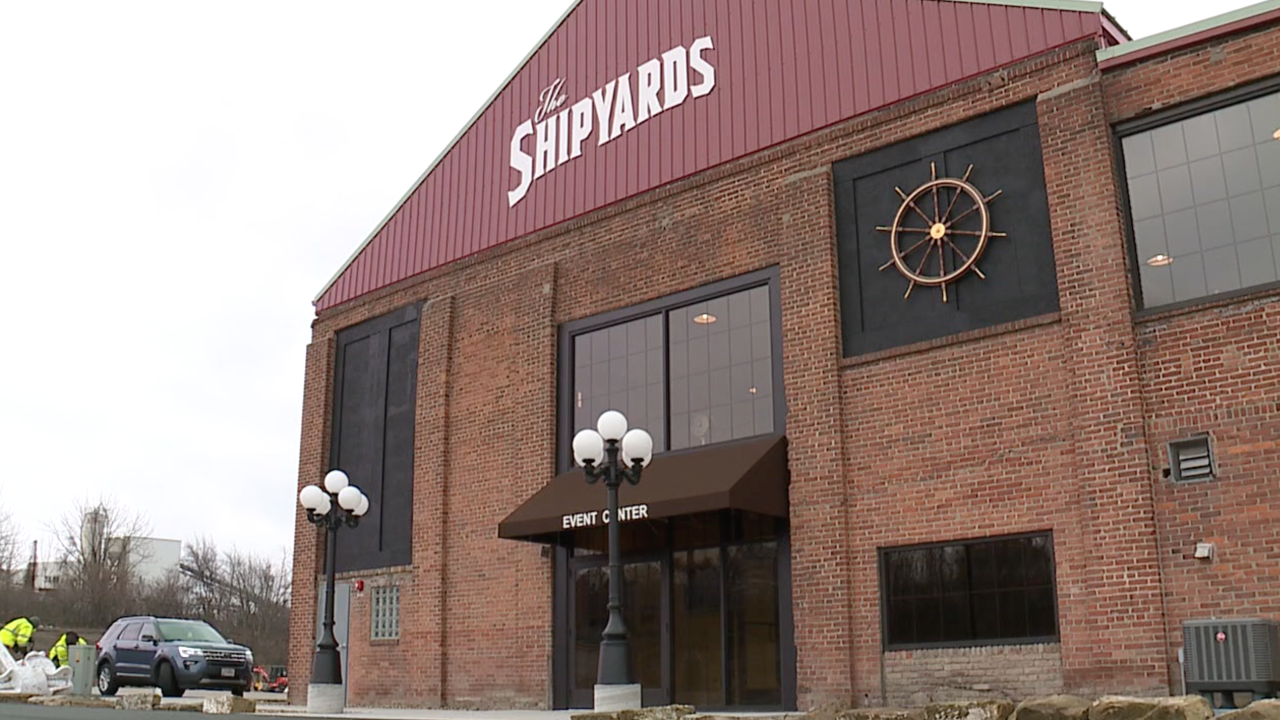 LORAIN, Ohio — The re-birth and redevelopment of the last vestige of Lorain’s shipbuilding past is nearly complete. The aptly named Shipyards, a mixed use re-development of the former Lorain shipyards off the Black River, is still on schedule to fully open in March, featuring restaurants, a coffee shop, a wine bar, plus events and retail space.

Dating back to the early 1800s, shipbuilding was the city of Lorain’s first major industry. Until its eventual decline in the late 1900s, the Lorain shipbuilding industry produced nearly 1,000 ships, including massive freighters and military vessels. Although much of the industry’s hallmarks are long gone, the main warehouse and water tower situated in the harbor development at the mouth of the Black River dry docks have remained.

Last year, a group of investors and two owners began the massive renovation of the warehouse building, which features a solid steel skeleton cloaked in brick walls that are a foot-and-a-half thick in some places. The warehouse was used to store massive pieces of equipment used in the shipbuilding process. The building also had access gates that were used by trains.

“Many generations actually worked in the shipyards so we get stories and we’ve gotten memorabilia,” said Jennifer Kopf, the events and marketing manager for The Shipyards. “It’s really incredible that this space is getting to relive a new life here in Lorain.”

Most of the major construction has been completed inside. On Thursday, small crews of finish carpenters, masons and other construction workers were putting some of the finishing touches on the restaurant and bar spaces. The events area upstairs has been complete for several months and has already played host to two major events. Eventually, the entire facility will encompass 25,000 square feet.

“There are all sorts of areas that the designers were able to make so the general public can come and enjoy this as well as people who want to do a private event,” Kopf said. “I love taking people through tours of this because I feel like every day there is something new that they finished or they are adding.”

The building’s maritime past isn’t hard to find at The Shipyards. The doors are made to model the doors you’d find on a ship. One of the investors is a collector of maritime memorabilia and has placed ship wheels around the space. The main restaurant will be named The Boiler Room and the wine bar will be named Superior City, a nod to the Lorain shipyards’ first steel vessel, which at the time was the largest vessel on the Great Lakes.

“There are two owners and a group of investors and everybody involved in that either grew up up here in Lorain or has an investment here in Lorain,” Kopf said. “It’s very true to the form of the building and space itself.”

The upstairs events space has a rustic, industrial vibe with panoramic windows of the nearby marina and boat slips. Kopf hopes for a day where a water taxi can shuttle visitors to and from The Shipyards. The private investment is also the latest example of Lorain’s new and growing tourism and hospitality industry.

“It’s almost electric in the air. You can feel the energy building and people are really noticing that Lorain is coming back. It’s going to be incredible,” Kopf said. “Word of mouth has really spurred the interest of people that even don’t live in Lorain and they are kind of wondering of what’s going on over there.”

Kopf said the events space is already largely booked through the late summer and fall months but she still has dates available in the spring and early summer. There are several Friday openings still available as well.