Colerain-La Salle played on despite threat 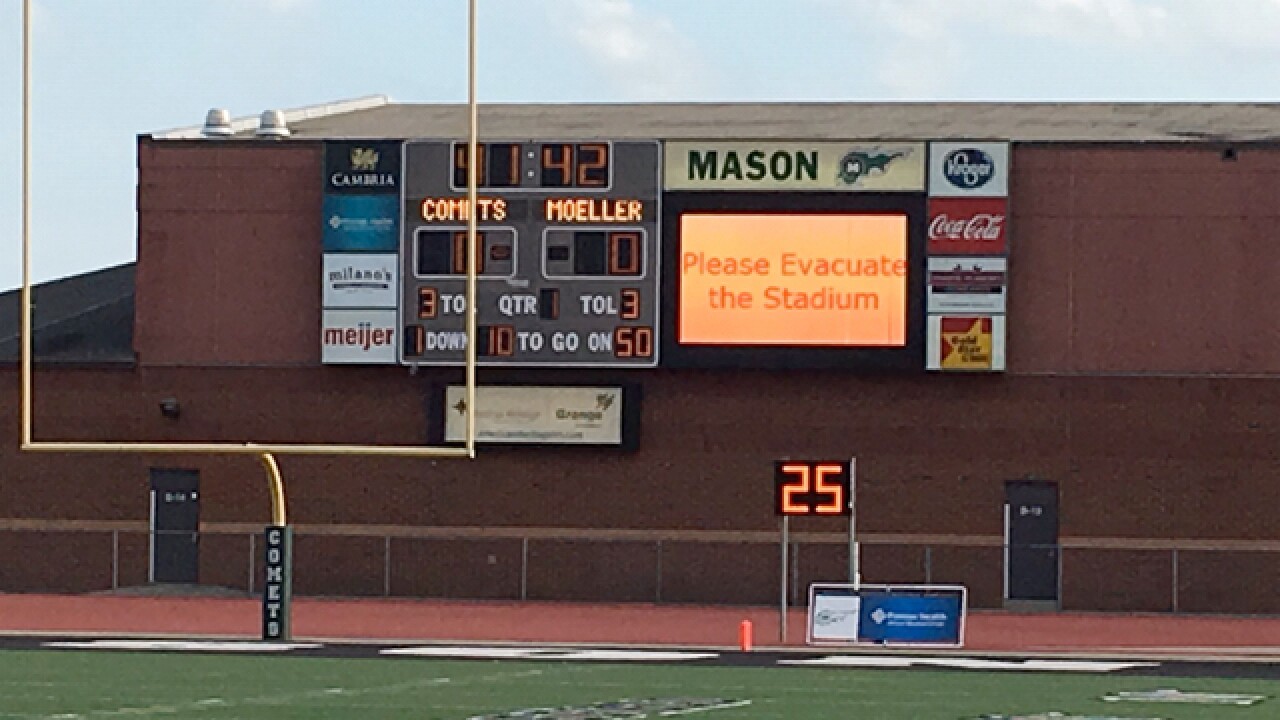 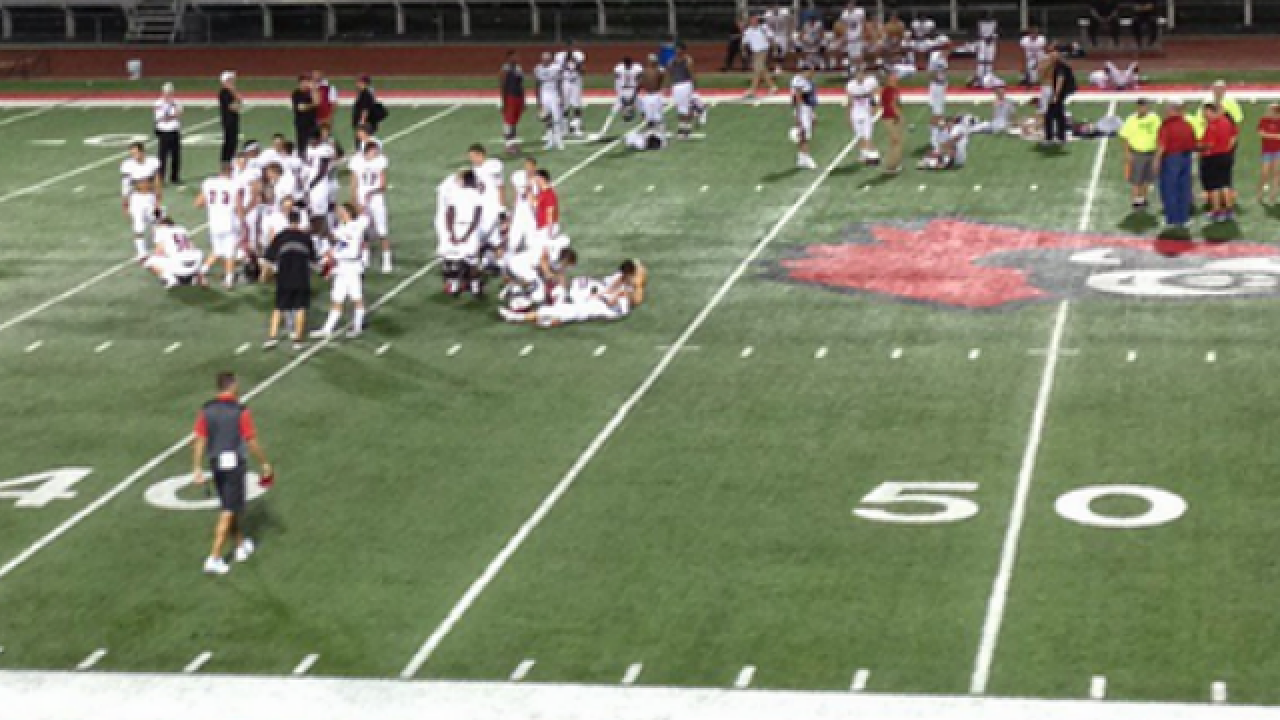 COLERAIN TWP., Ohio - Police and school officials did not stop the La Salle at Colerain football game after a bomb threat Friday night, a few hours after another deadly threat postponed Moeller at Mason.

The difference was the threatening call against Colerain High School came late in the game, police said, not an hour before kickoff as happened in Mason.

Here's a corroborating statement from the Northwest Local School District:.

During the Colerain High School and LaSalle High School football game tonight the police received a bomb threat for the CHS Building.  At this time the police evacuated the building and did a search to make sure all was clear.  After that the school officials consulted with local law enforcement.  They collaboratively decided to allow the game to finish with three minutes remaining.  Evacuation plans were put in place.  Fans were advised of a traffic pattern and evacuation plan by the announcer at the stadium.  Teams remained out of the school building until the all clear was given.

Extra police were called in to provide protection and block the roads near the school, Love said. Parents were instructed to pick up children at the Home Depot on Colerain Avenue.

The Colerain-La Salle game was the marquee matchup of the night in the Tri-State, pitting nationally-ranked teams. Colerain won 6-0.

The threatening call came into Butler County dispatch, Love said. The male caller said he had bombs at the school and would come and shoot police who responded. That description sounded like the threat against Mason earlier, though officials didn't immediately connect the two.

No bombs were found at either school.

Colerain High School has been swept and it is all clear. All activities will proceed as normal at CHS on Saturday, Sept. 10th.

The Moeller-Mason game has been rescheduled for 2:30 p.m. Sunday, school officials announced later.

We got the all clear from our Mason PD partners, so all events are on for tomorrow. https://t.co/xBifm0XSKR

Mason police said they evacuated Atrium Stadium in response to a phone threat to blow up tailgate parties and shoot officers.

The threat came in shortly before 6 p.m. over the phone to the Warren County Communications Center, which dispatches for most law enforcement agencies in the county, according to Mason police Lt. Jeff Burson. The caller, using a blocked number, said he had planted six pipe bombs in tailgate areas around the stadium and that responding officers would be shot.

Officers responded to the school and the tailgate area and stadium were evacuated quickly, Burson said.

Kudos to all those making decisions. Stadium was empty in minutes. @WCPO

"We take every threat extremely seriously, and greatly appreciate the quick actions of our families, coaches, students and spectators who responded very well in a difficult situation," Mason City Schools Superintendent Gail Kist-Kline said in a news release. "We also appreciate our law enforcement partners' diligence."

Authorities are committed to finding who is responsible, Burson said. The person or people responsible could face charges including making false alarms and making terroristic threats.

"I'm not sure whoever is responsible has any idea the level of … trouble they could be in at this point," Burson said.

Mason police would also work with Cincinnati police to see if there was any connection to the bomb threat made against the Cincinnati Zoo Thursday. Another bomb threat Friday shut down the CIncinnati Mills Mall, police said.

The investigation may take some time due to the anonymous nature of the call, Burson said. He asked that anyone with information call Mason police at 513-229-8560.