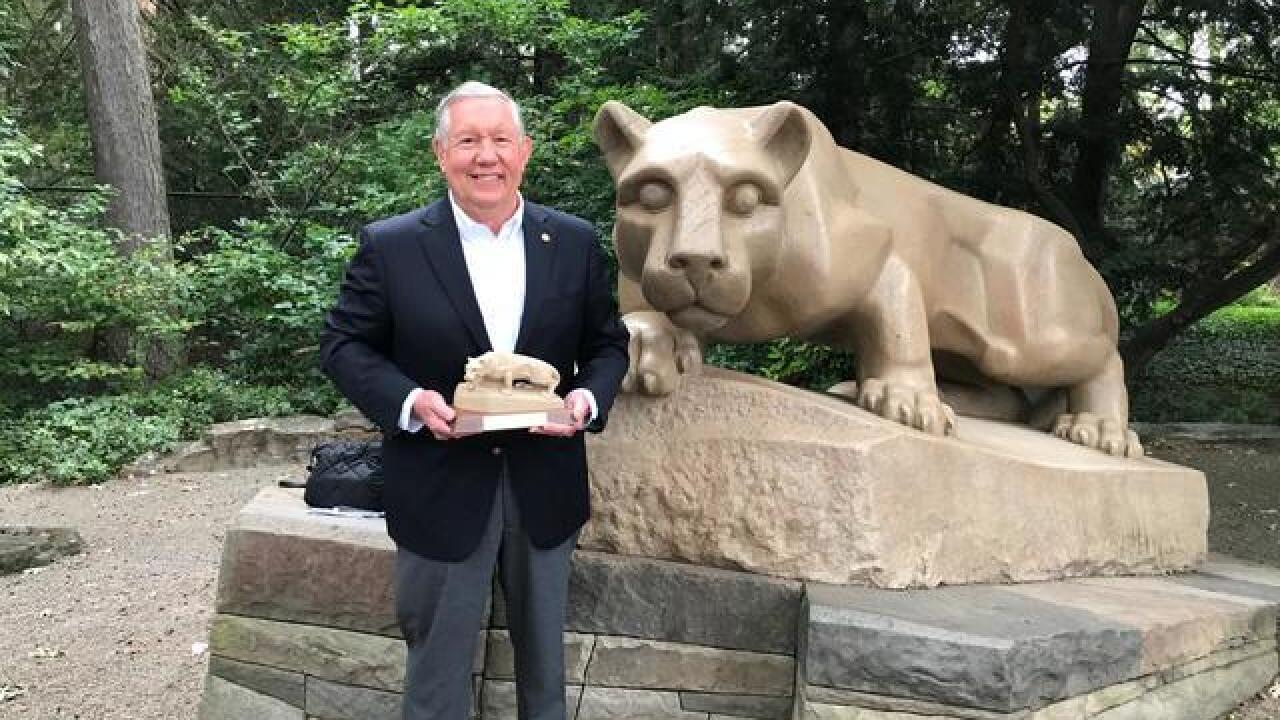 The Outstanding Alumni Award recognizes Ron for excellence in the field of communications for significant contributions to the profession and his exemplary reputation among colleagues and students within his community.

“I am forever grateful to my colleagues at News 5 and all of the talented men and women I have worked alongside over my 43-year career who made my work so much better than it could ever have been without their collaboration,” said Ron.

His investigations have freed an innocent man from prison, changed state laws making it easier to donate pharmaceuticals to nursing homes and required public disclosure of inspection reports of service providers for the disabled on a state web portal. A Regan-led investigation that gained national prominence was eventually turned into an Emmy Award-winning HBO movie about a suburban mother intent on hiring a hit man to murder her daughter’s cheerleading rival.