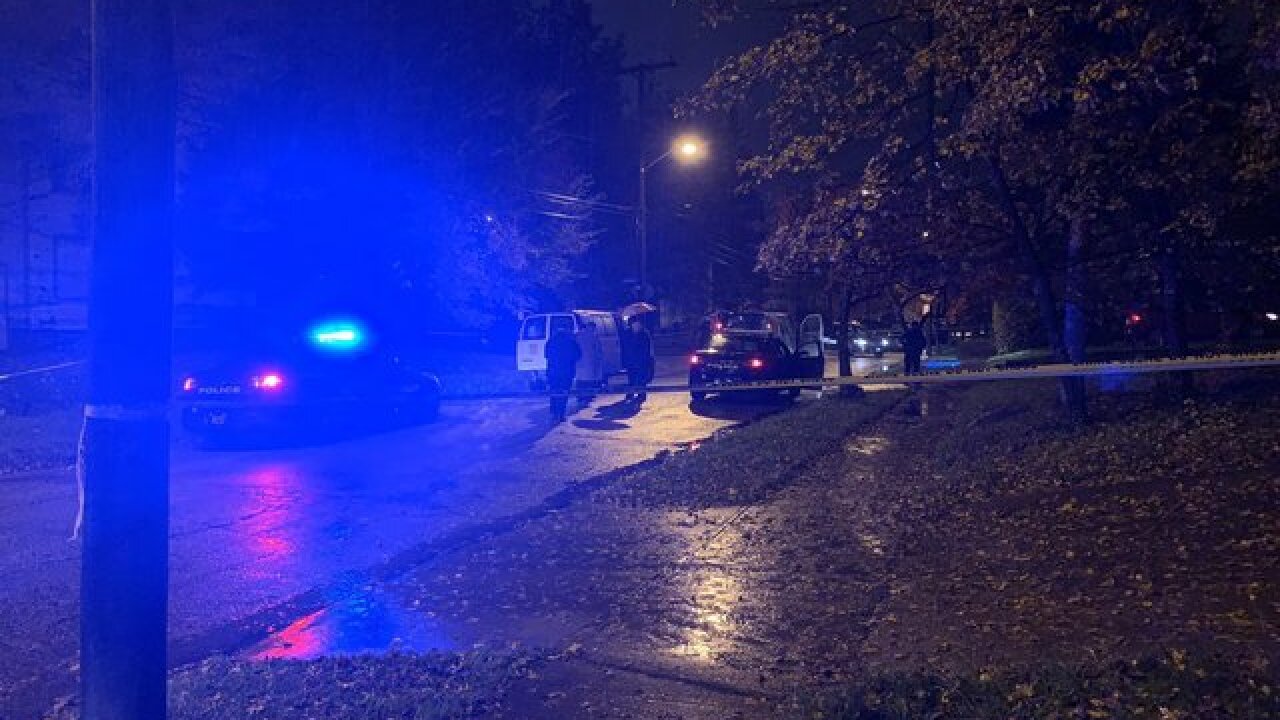 A Cleveland police officer who was shot during the early morning hours on Saturday has been hospitalized and the alleged shooter is in custody, according to police.

Authorities arrested Jonathan A. Chambers, 30, Saturday morning following the shooting. His charges have not been announced.

The shooting happened a little after 4 a.m. at in the 2600 block of East 121st Street in the Buckeye-Shaker neighborhood.

Active scene 121st Buckingham. Officer shooting. Will be live on @WEWS all morning with @LWilsonWEWS for more info pic.twitter.com/s4kA3ivTrl

The officer was responding to a call for a male who had been shot. When officers arrived they were met with gunfire. That's when the officer, who was still in his cruiser, was shot in both legs multiple times by what police believe was an assault rifle. The officer is being treated at University Hospitals and is in stable condition.

The officer's name has not been released.

According to authorities, the other shooting victim, a 38-year-old man, is also being treated for his injury at University Hospitals.

The suspect fled the scene but was later taken into custody by Cleveland police's Gang Impact Unit, authorities said.