2 adults, toddler rescued from car swept away by high water in Ashland County 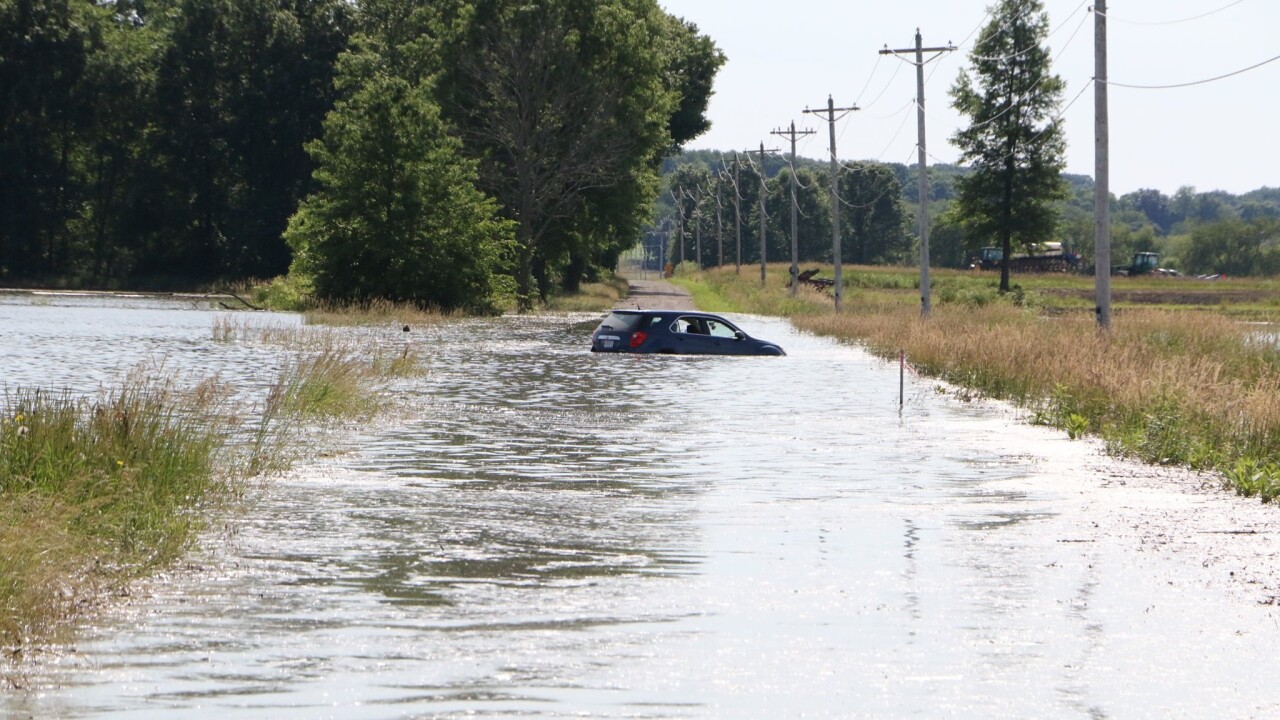 JEROMESVILLE, Ohio — Three people were rescued Saturday in Jeromesville after a current swept a vehicle off a road that had been closed due to flooding.

According to the Ohio State Highway Patrol, the three were traveling eastbound in a 2010 Chevrolet Equinox when the vehicle passed through high water. A current picked the vehicle up and spun it sideways.

The occupants, a 23-year-old woman, 26-year-old man and a 3-year-old girl, climbed onto the roof of the vehicle until being rescued by the Jeromesville Fire Department, OSHP stated.

The driver was later ticketed for failure to control, according to the OSHP.