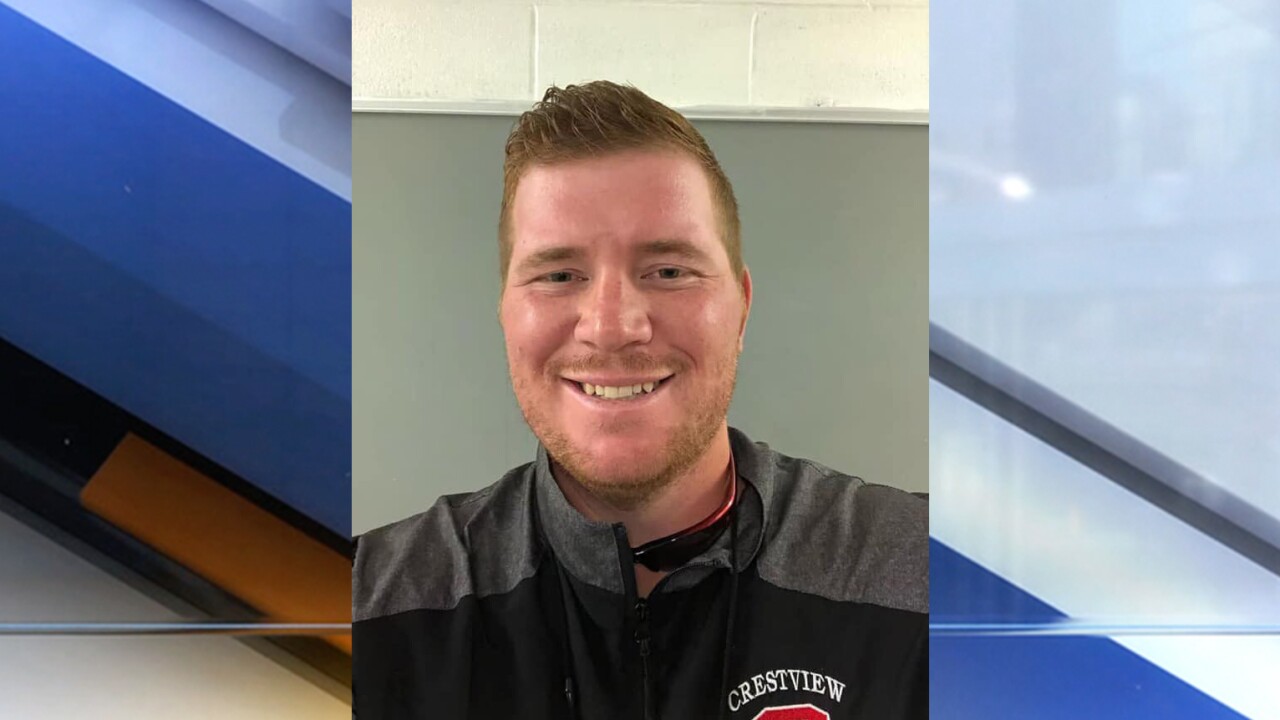 Courtesy of Crestview Cougars Wrestling.
Jesse Campbell, of Oberlin, died in a crash in Ashland County.

CLEAR CREEK TOWNSHIP, Ohio — Authorities in Ashland County are investigating a three-vehicle fatal crash that killed the football and wrestling coach of Ashland Crestview High School on Monday night, according to a release from the Ashland Post of the Ohio State Highway Patrol.

The crash happened on State Route 545 at milepost 2 in Clear Creek Township on Monday night.

The driver of unit 1, identified as Jesse Campbell, 31, of Oberlin, was pronounced dead at the scene by the coroner, troopers said.

Campbell was the football and wrestling coach for Ashland Crestview High School, according to a Facebook post from the school.

"He had a great drive and passion to push his athletes not just in sports but as individuals as well. Coach Campbell was a brother to many and a friend to all. The Crestview Wrestling and Football program will carry his memory high, and we are thankful to be able to call him coach and friend," the school said in a Facebook statement.

The driver of unit 2 was taken to MedCentral Hospital in Mansfield before being life-flighted to Grant Medical Center in Columbus, where he remains in serious condition.

The passenger of unit 2 was taken to a local hospital for non-life threatening injuries.

The driver and passenger of unit 3 sustained non-life threatening injuries.

Campbell was not wearing a seat belt, according to troopers.

The fatal crash remains under investigation.