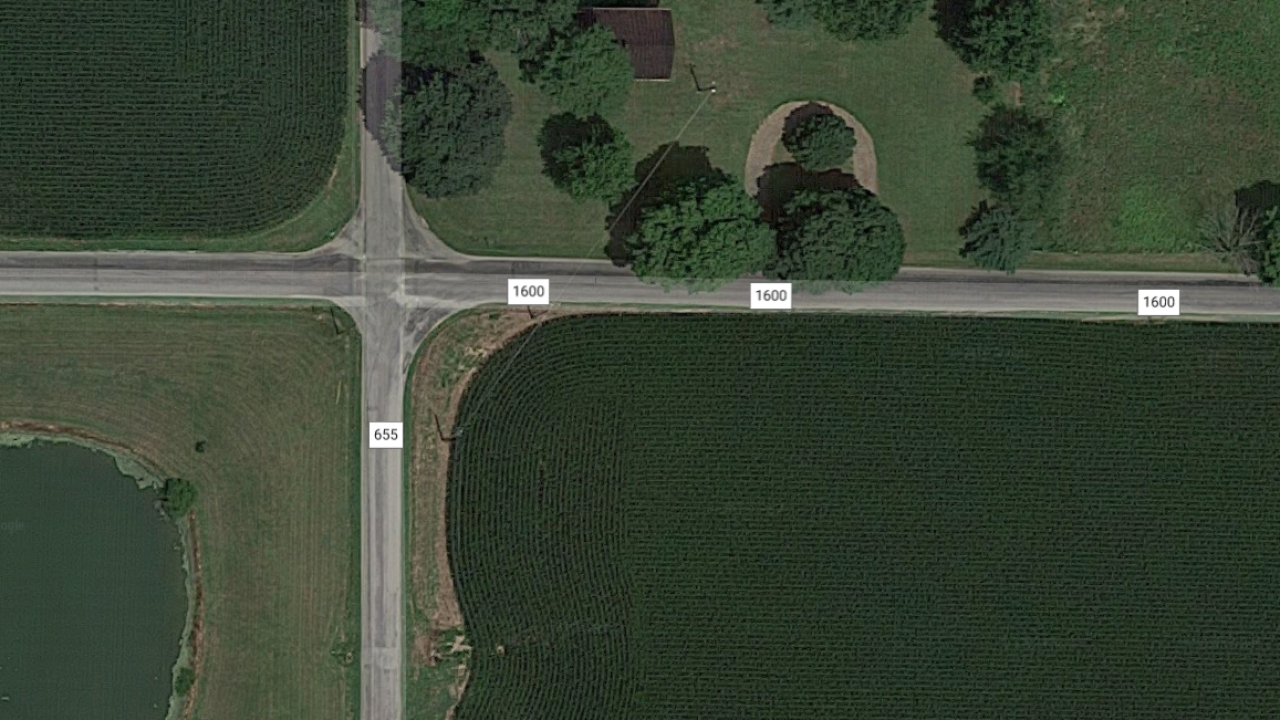 Google Maps.
Map of area where crash was that killed a 54-year-old woman.

MONTGOMERY TOWNSHIP, Ohio — Authorities are investigating after a 54-year-old woman died when she veered off the road in Montgomery Township, located in Ashland County.

The crash happened on Wednesday at approximately 2:35 p.m. on Township Road 1600, just west of Township 655.

The driver, identified as Rhonda Renner, 54, of Jeromesville, was traveling westbound on Township Road 1600 in a 2000 Saturn station wagon.

Renner drove left of the center road, continuing off the left side of the road before she struck a culvert

Renner was pronounced dead at the scene.

State troopers said drugs and alcohol do not appear to be a factor in the crash. Renner was wearing her seatbelt at the time of the crash.